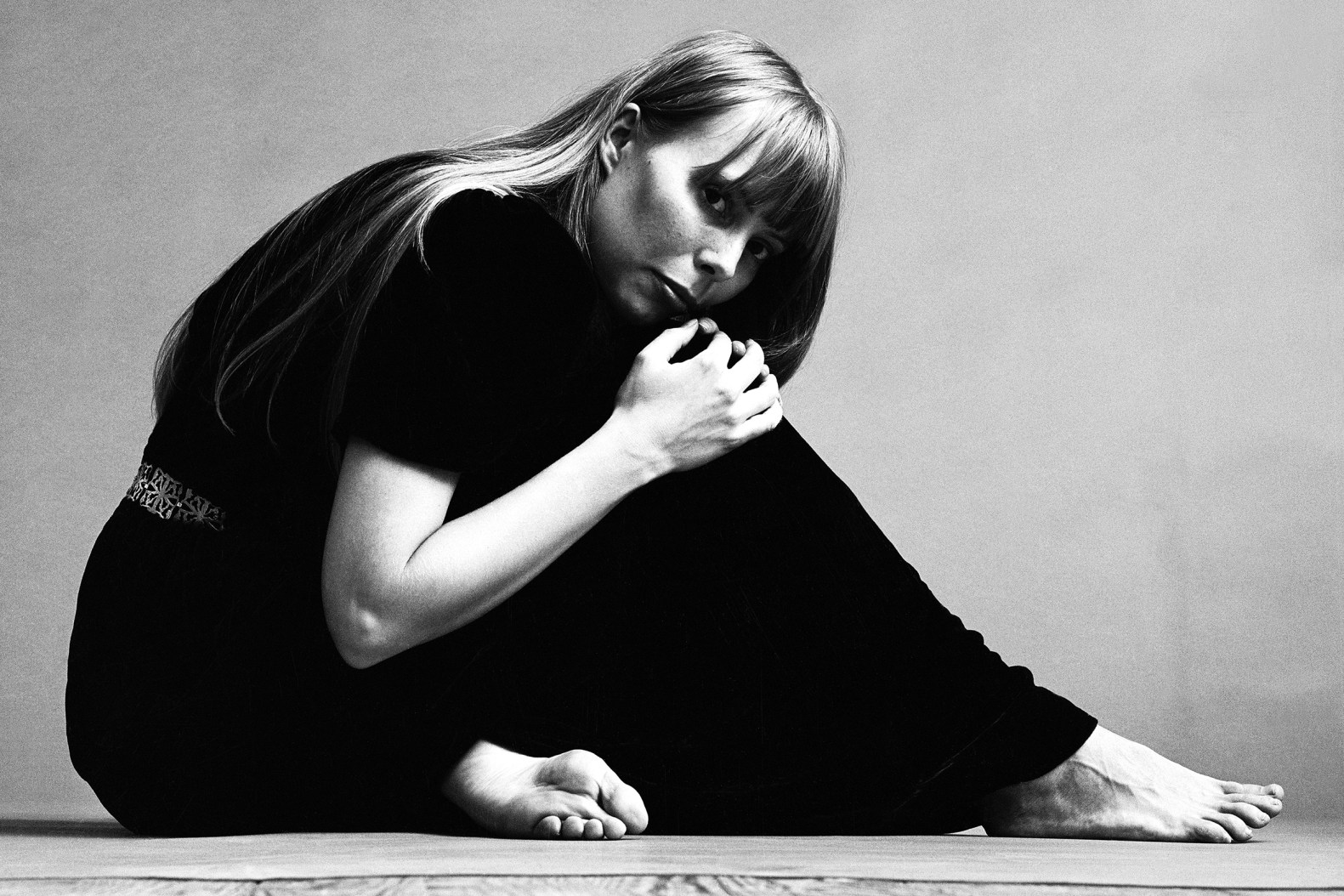 Six months after the release of Blue, her 1971 masterpiece, Joni Mitchell pondered on what to gift her friends with for Christmas. “All my friends were kind of nouveau riche, so buying Christmas presents was going to be really difficult,” Mitchell said. “I had put the drawings into a ring binder accompanied by handwritten lyrics.”

In the introduction, Mitchell describes going to check on her engineer Henry Ley and his wife Nadine after a fire had spread north of Malibu. “As I walked in, I saw my Christmas book on top of one of the bags,” she wrote. “I couldn’t believe that was one of the things they were saving.”

Highlights of the book include the handwritten lyrics to “A Case of You” and “I’m a Radio” (later changed to “You Turn Me On, I’m a Radio” on 1972’s For the Roses) and subtle portraits of James Taylor playing the piano and Judy Collins surrounded by flowers.

Mitchell has been slowly venturing out in public since battling health issues in 2015. She recently attended her peers’ concerts, including her own 75th birthday tribute celebration. On September 27th, she made an appearance at her old pal Cameron Crowe’s Almost Famous musical in San Diego.

“It’s been a long time coming in making this book public, but we’re publishing it now,” she continued. “Work is meant to be seen, or heard, as the case may be. It’s always exciting to launch your work into the world.”

Morning Glory on the Vine is available for purchase here.

I always dreamed of seeing my book in a bookstore window. This feels even better than I imagined. —Joni at Book Soup in LA on release day. Photo courtesy of Hannah K. Johnson. https://t.co/EA8Uk2Gevo pic.twitter.com/nF61W7W9X8