The Jonas Brothers will publish a new memoir, Blood, November 12th via Feiwel and Friends, an imprint of the publishing house Macmillan. Blood chronicles the origins of the Jonas Brothers, traces their swift rise from Disney idols to genuine pop stars and delves into the tensions that fueled their break-up in 2013. But the band will also discuss their recent reunion, which will culminate with the release of their new album, Happiness Begins, June 7th. 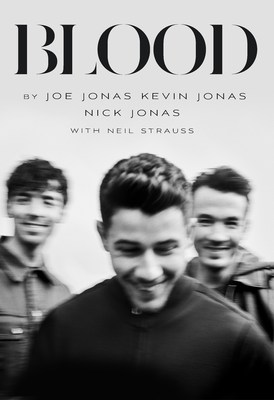 “We’re three brothers from New Jersey, and we were not supposed to be successful,” Joe Jonas said in a statement. “From record labels dropping us to our dad losing his job over us, this shouldn’t have happened or lasted as long as it did. Yet here we are, more excited than ever, and we’re so grateful and ready to tell the full story of the journey we’ve had as individuals, as artists, and as family.”

The Jonas Brothers announced their reunion plans in February, releasing a new song, “Sucker,” which debuted at Number One on the Billboard Hot 100. The band has since shared another new track, “Cool.” Happiness Begins will mark the Jonas Brothers’ first album in 10 years, following Lines, Vines and Trying Times.

Along with the new album and memoir, the Jonas Brothers will also release a new documentary, Chasing Happiness, June 4th via Amazon Prime. The band will embark on a massive North American tour in support of Happiness Begins August 7th in Miami.