With a decade of successful New York shows behind it, the Petty Fest made its way to Los Angeles at last on Wednesday. Hollywood’s El Rey Theatre may be a few miles removed from gliding down over Mulholland, but over two hours and 25 songs, the first of back-to-back tribute shows to all things Tom Petty and the Heartbreakers felt right at home in the Florida band’s adopted city.

As in previous fests, the Cabin Down Band (including Matt Romano, Alex Levy and Rolling Stone’s own Austin Scaggs on bass) served as house band and emcees for the evening, while a rotating cast of rockers from the Black Keys to Kings of Leon joined them for a run of Petty classics.

No song was off-limits during the loose, well-lubricated set, though Petty’s 1994 solo album Wildflowers earned the most attention of the evening. The sold-out crowd filled the El Rey up through the balcony, with women in Stevie Nicks-inspired hats squeezing past BBQ slider buffet stations on their way to the bar in the two VIP sections. 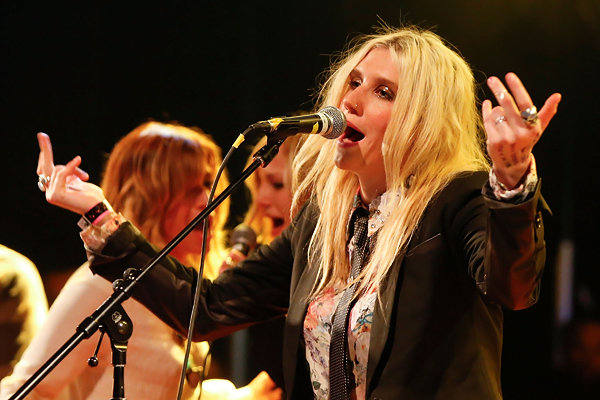 The food and drink was a bonus: the room was filled with dedicated Petty fans, who obeyed Har Mar Superstar’s early urge to “sing along all night.” Full proceeds from the show will benefit the charity Sweet Relief and victims of Hurricane Sandy, a personal cause for players who had flown in from the Northeast. “We have to rebuild my parent’s bar” in New Jersey, Nicole Atkins revealed before “Stop Draggin’ My Heart Around.”

While no actual Heartbreakers made a hoped-for appearance, the set packed plenty of star power. After a faithful version of “The Waiting” led by Harper Simon and Jenny O., Jesse Malin strode to the front of the stage for an amped-up take on “You Wreck Me.” He wound up singing from within the audience, convincing the crowd to crouch down with him for the song’s muted bridge before bursting above them like a punk dolphin. 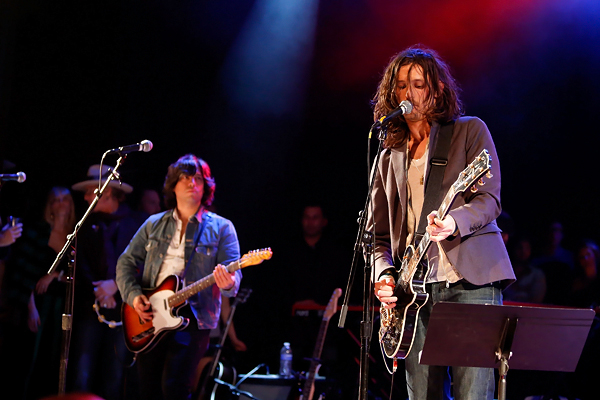 Other songs included contributions from Cory Chisel, Butch Walker and members of Alberta Cross, Guster, Little Joy, and the Eagles of Death Metal, who turned up the heat on “Running Down a Dream.” Of all the rock heavyweights, the oddest pairing of the fest was the Black Keys’ Patrick Carney and Ke$ha, who joined the Cabin Down Band for “Last Dance with Mary Jane.” Drink in hand, the “Die Young” singer proved her classic rock cred once again, leading the audience in chanting, “Oh my my, oh hell yes!”

Actors and comedians such as Sarah Silverman, Justin Bartha and The Perks of Being a Wallflower star Mae Whitman also took the stage for enthusiastic performances, none more memorable than the arrival of Johnny Depp. He stepped onstage strapped to a blue guitar and hiding beneath glasses and a hat with an enormous feather, but the actor came to play. Doing his best Keith Richards imitation, he took a solo to close “It’s Good to Be King” and accompanied the band for a six-song run, breathing puffs of smoke into the beaming stage lights between chords.

The show wrapped up with help from members of the Strokes, with Albert Hammond Jr. and Nick Valensi leading “I Need to Know” and “Honeybee,” respectively. Valensi and drummer Fabrizio Moretti stuck around for a rapid-fire performance of “American Girl,” making the song’s influence on their band’s own angular beginnings readily apparent. The final song was “Free Fallin’,” with the massive cast of performers filling the stage to usher the audience home – to Ventura Boulevard and beyond.