Wealthy Beatles collectors who must own everything the band wore, played and looked at in their 1965 film Help! now have one more relic to covet: the piano John Lennon and Paul McCartney played while filming the movie is going up for auction. The songwriting partners composed the song “Help!” on a 1907 Bechstein Concert Grand, according to The BBC. Its current owner is the movie’s director, Richard Lester, who also claims that McCartney played the instrument as he was composing “Yesterday.” It is expected to go for £50,000 (over US $83,600) when it hits the block at Omega Auctions in Liverpool, England on March 20th.

Find out where the Beatles’ ‘Help!’ Ranks Among the 500 Greatest Albums of All Time 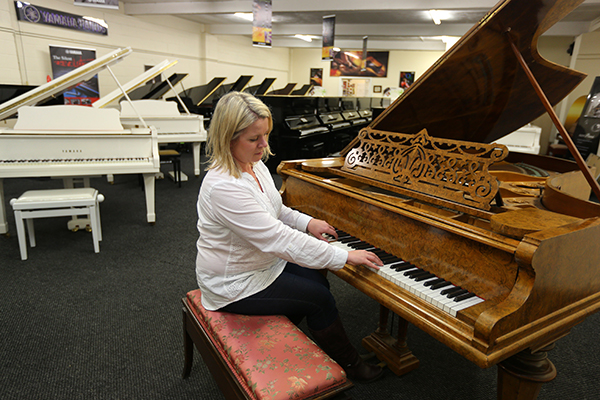 Earlier this month, Omega Auctions announced that Lester would be putting up jackets that George Harrison and Ringo Starr wore in the movie in the same offering. The Fab Four also wore matching coats on the album cover, which are expected to sell for between $82,000 and $115,000. The auction will feature more than 200 more Beatles artifacts.

“As Beatles clothing goes, these have got to be amongst the Holy Grail for any Beatles collector,” auctioneer Paul Fairweather said. “They feature on one of their most recognizable album covers and I have a feeling these could really fly off the block.”

Incidentally, the date of the auction coincides with the 50th anniversary of the Beatles single “Can’t Buy Me Love.” Irony abounds.