It’s an absolutely fantastic week for those among us who are sociologically minded!

And for those of us inclined to note the rich get richer while the poor get poorer!

Or to translate in good ol’, plain English: Why is it the week’s most fascinating new releases will either be enormously popular and, perhaps coincidentally horrendous–or sell in the lower double-digits and be remarkably good?

Give up? Because to quote my good friend—and indeed I hope yours—Billy Preston, that’s the way God planned it!

Despite repeated calls to confirm, God was unavailable at presstime! 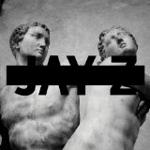 Jay-Z: Magna Carta Holy Grail (Def Jam) Maybe the greatest album of the 21st Century—or, for that matter, a stunningly overpriced piece of rubbish—I mean, really, who can tell?—the latest album by rap superstar Jay-Z has been all over the news this week! And rightly so! After all, who in the world would have expected Jay-Z to completely use lyrics written by someone else? I mean, isn’t that what he’s supposed to be good at? Still, you can’t help but admire the man for putting down the heaviest beats behind such lyrics as “First, that we have granted to God, and by this present charter have confirmed for us and our heirs in perpetuity, that the English Church shall be free, and shall have its rights undiminished, and its liberties unimpaired!” Whew! And that whole married to Beyoncé thing? “Heirs may be given in marriage, but not to someone of lower social standing,” proclaims Jay-Z, bass thumping furiously while guest J. Timberlake wails in the background, “before a marriage takes place, it shall be made known to the heir’s next-of-kin.” Hell yeah! In short: New Jay-Z album—already platinum, nobody has to hear it, and setting the pace when it comes to tea, crumpets, and doilies! I’d buy one, but I have an iPhone! 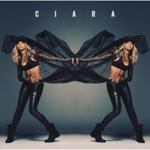 Ciara: Ciara (Epic) Let’s get this out of the way! I think Ciara is great! And so is her new album! Featured guests include Nicki Minaj—she’s quite popular!—and according to reputable internet source Amazon, Ciara herself on “Super Turnt Up”—er, what’s that again?—the album is a high-quality, danceable funfest you’ll have to hear to believe! That said, I must be candid and admit that the singer has always been something of a personal problem for me because, well, I find her quite attractive and, er, those bothersome rumors about her that this album cover and its symbolic representation of cellular mitosis or meiosis—you decide!—horrifyingly leave me questioning my own personal leanings! Still, were she to ask me to accompany her for an afternoon shopping spree in fashionable Beverly Hills, I wouldn’t say no! Does that make me less of a man? 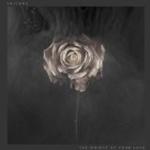 Editors: The Weight Of Your Love (PIAS) Aesthetically successful despite their pretentious name—frankly, why not call yourselves The Handsomest People In The Universe or People Who By Nature Should Be Listened To And Obeyed?—the Editors continue to crank out intelligent, well-arranged, thoughtfully played and sung albums that sonically recall the less abrasive moments of John Cale’s 1974 opus Fear, while, to their credit, never sounding less than contemporary! That means they’re good! Their fourth album overall, the album showcases a few new bandmembers—they lost their original guitarist—but isn’t too sonically removed from their previous efforts, which means if you liked ‘em once, you’ll like ‘em even more now! I don’t like to rank bands, but as these things go, they’re only topped by the even better Managing Editors and, of course, the near-Godlike Executive Editors, who now rarely record but instead bitterly write record reviews, alone in their garage, smoking cigarettes, drinking Diet Cokes, and questioning their choice of college majors! 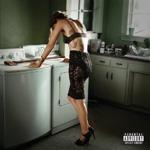 Skylar Grey: Don’t Look Down (KIDinaKORNER/Interscope) An enormously talented singer/songwriter with an already massive pedigree—she’s penned hits for humans like Eminem & Rihanna, Diddy-Dirty Money, Lupe Fiasco, was a member of the Beatles, and prefers breathing nitrogen to oxygen—Ms. Grey, better known as Holly Brook Hafermann, now enters the market with her very first album–at least under that name—and impresses us all beyond belief! She’s quite good! And though her authoritative Wikipedia bio mentions inconvenient facts such as “On April 7, 2013, for the second consecutive year Grey performed at WWE Wrestlemania,” a fact I might want to keep to myself, frankly, it also lists a stunning array of achievements for any singer so young and so talented as Ms. Grey clearly is! We must bow at her feet! And perhaps on her next album she’ll be able to afford clothes for her album cover! It’s cool, regardless! 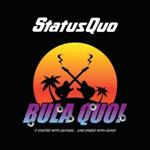 Status Quo: Bula Quo! (Eagle Rock) Like a much-needed gasp of oxygen after a mile run, a gulp of cool spring water after a 100-yard sprint, or a donut after sitting in a cramped movie theater watching any movie with 2 in its title, reviewing a new Status Quo album is simply a reaffirmation of all that is good about writing about pop music in the 21st Century! This latest set, featuring the long-lived Brit band writing tunes about what is an apparent movie about being in Status Quo—they don’t make many of those—is not bad at all, all things considered, and features an additional disc, live tracks (including an always welcome version of “Pictures Of Matchstick Men”), and, as has always been the case, upbeat, competently played rock ‘n’ roll music that will inspire you, enthrall you, and distract you from the unpleasant fact that an average 80-year-old will take 672,768,000 breaths in his or her lifetime! Unless they smoke! 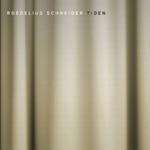 Roedelius /Schneider: Tiden (Bureau B) I find it fascinating that of all genres of music, that which we have chosen to dub “krautrock”—in short, German rock since the ‘60s as personified by Amon Duul II, Can, Cluster, Embryo, etc.—has dated the least. Which is to say: It sounds as hip and as contemporary as it did then—which was hip, contemporary, and really not like anything else at all. Thus this latest venture by legendary Cluster cofounder Hans-Joachim Roedelius, paired with the younger Stefan Schneider (best known for his work with To Rococo Rot and Kreidler) could not sound more modern, more esoteric, more tastefully minimalist and melodic, and more pleasing to the ear. Artful, restive, and bursting with an intellectualism that is attractive and warm—in other words, not cold—it’s a beautiful set and a welcome addition to both artists’ distinguished legacies. I would recommend you buy it! 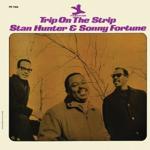 Stan Hunter & Sonny Fortune: Trip On The Strip (Real Gone Music) I am enthused beyond belief that those very interesting independent labels that have specialized in reissues—under various names Sundazed, Rhino, Collectors’ Choice, Shout! Factory and more—have made this move. In this case the label is Real Gone Music, and the “move” is venturing into tasteful but almost perversely obscure jazz reissues that, as in this case, come via a label (Prestige Records) that itself has already been the subject of a commendable reissue program but still…they didn’t hit everything. A very rare 1966 album featuring obscure organist Stan Hunter—who despite the Acid Jazz hoo-hah of a few years ago never got much play—and, more notably, saxophonist Sonny Fortune on his very first session, Trip On The Strip is well-played organ jazz, featuring a batch of originals, the expected cover ( “Yesterday,” Beatles), and an overwhelming sense of warmth, musical sophistication, and a bunch of really good players just doing their jobs. Hopefully this will be just one of many similar reissues to come—fantastic stuff, glad to see it’s out there again. 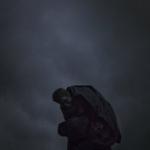 Baths: Obsidian (Anticon) One of the upsides of the wretched state of the record industry is that everybody’s equal—meaning that an ultra-expensive year-long studio project by, say, Depeche Mode, will be greeted as openly—with no greater expectations—as this wonderful new album by Baths, really the work of one Will Wiesenfeld, which exudes as much sensitivity, sophistication and emotion as albums that must cost 20 times as much to produce. Electronic, but filled with acoustic sounds, rhythms and vocals, Obsidian is a marvelous work that begs repeated listenings. Between this and the latest from Bibio—comparable only in the most fleeting of ways—it’s becoming obvious that the today’s finest pop music has long since disregarded the tradition of bass/drum/guitar/music video, and it’s been long in coming. 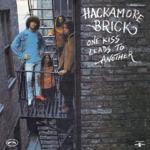 Hackamore Brick: One Kiss Leads To Another (Real Gone Music) Another nod to the Real Gone Music people, who offer up this 1970 cult classic that was praised by an enlightened few in its time but truly sold next to nothing. Not a masterwork, but roughly in the league of, say, the Velvet Underground’s militantly disregarded Squeeze set, the album features a great batch of substantial rock tunes—well-sung, well-played, and in keeping with the entire pre-punk, early ‘70s scene of the Sidewinders, Flamin’ Groovies, and those other bands that mags like Rock Scene enthusiastically raved about. Sonically, it’s a wonder—most Kama Sutra Records were marred by poor vinyl pressings—and so much time has gone by, it’s hard to hear it as being derivative of almost anything: It’s there, it’s good, and very few people have ever heard it. Great stuff, and its reissue is a true public service. Highly recommended. 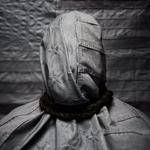 Letlive: Blackest Beautiful (Epitaph) An energetic and enthused set from California’s letlive, a band with hardcore roots that some have compared to Rage Against The Machine, who, with that said, still offer something quite unique even at this late date. Check out that babe on their album cover!