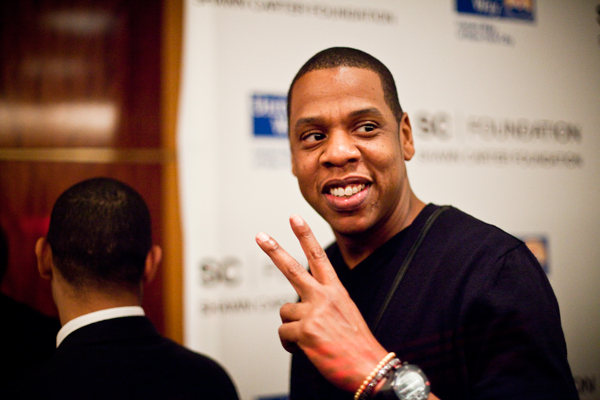 Shawn “Jay-Z” Carter will host the first ever hip-hop concert series at New York City’s landmark Carnegie Hall on February 6th and 7th, he announced at a press conference this morning. All proceeds from ticket sales will benefit at-risk and low-income students in New York City’s public school system. “It’s going to be some legendary nights,” Carter said. “Lots of loud music. It’ll be fun.”

The concerts aim to bolster the efforts of his Shawn Carter Scholarship Foundation, founded in 2003 by Carter and his mother, Gloria. “My mom would get on the bus and tour colleges with students,” Carter said of the foundation’s early years. “We really started it at a grassroots level, and now we’re trying to organize it at this level and have it make sense.” The foundation will be partnering with the United Way of New York City to strengthen their work in classrooms, providing students with after-school tutoring, emotional counseling, college trips and ultimately, full-tuition scholarships to two- and four-year universities.

Private ticket packages will go on sale Monday, December 12th, with prices ranging from $500 to $2,500, before a limited number of lower-priced single tickets are available to the public on January 30th. Carter was tight-lipped about the details of the shows, but suggested that there would be no special guests and that they would be his “most intimate performances in years.”

Carter, who briefly attended George Westinghouse High School in Brooklyn, noted the significance of his ability to give back to New York City students. “I’m a lucky person, I had a talent to do something I really love and it took me to places I thought I’d never be. But my story is an anomaly,” he said. “I’m just providing opportunity for those that want to further their education and be successful, that’s important to me.”