Jack White knows which direction his obsessions with American folk, blues and country steered him as an artist. “When you get back to Howlin’ Wolf, Charley Patton, Robert Johnson – it basically begins there, and that’s the best it ever was and the best it’s ever going to be,” White declared Thursday night onstage at the Sundance Film Festival, following a preview of the ambitious six-hour American Epic documentary series for PBS.

Along with Sundance founder Robert Redford, White and producer/musician T Bone Burnett are executive producers of American Epic, which recounts how early recording devices captured a variety of regional sounds for the first time — from Delta blues to Hawaiian, Cajun to folk — and established the foundation of what became modern popular music. “I’ve often remarked that music to the United States is as wine is to France,” Burnett told Rolling Stone. “It’s one of those never-ending stories.”

The screening drew a full house to the Eccles Theatre in Park City, Utah, where Redford introduced a 45-minute excerpt that included a look at the life and influence of Mississippi John Hurt. In 1928, Hurt released several songs for the Okeh label before going silent for 35 years and working as a sharecropper, until his rediscovery during the early Sixties folk movement. He was tracked down at home in tiny Avalon, Mississippi, by young musicologist Dick Spottswood, who recounts telling Hurt: “Don’t you know how famous you are?” Hurt didn’t even have a guitar.

Making the documentary “was like a journey of discovery to find out what was exactly the most important thing in recording music, and the things we most value,” director Bernard MacMahon said of the project, which he co-created with producers Allison McGourty and Duke Erikson. (PBS will broadcast the series in the fall.) “Its immediacy and energy and a moment, what they used to call ‘lightning in a bottle.'”

“I’ve often remarked that music to the United States is as wine is to France. It’s one of those never-ending stories.”— T Bone Burnett

At the podium, Redford said the documentary shares a history of sound recordings that “allowed America to hear itself, telling stories about America itself. It started in small pockets in this country and then it spread.”

In the late 1920s, Burnett said, “the record industry collapsed because radio had proliferated in the big cities and people could get music for free; [they] didn’t want to pay for it anymore. So the record companies went down South and began recording the poorest people in the country, which led to this extraordinary explosion of blues, country music and rock & roll … everything we know today.”

The screening included a look at how the mournful “Dark Was the Night, Cold Was the Ground” by Blind Willie Johnson was chosen among other recordings by NASA to represent humanity and soar across the cosmos onboard the Voyager space probes launched in 1977. There was also a glimpse of the series’ final chapter, where Burnett and White gather contemporary musicians from the Alabama Shakes to Elton John to record with the same ancient equipment, including the very first amplifier, first condenser microphone and acetate cutting machine. 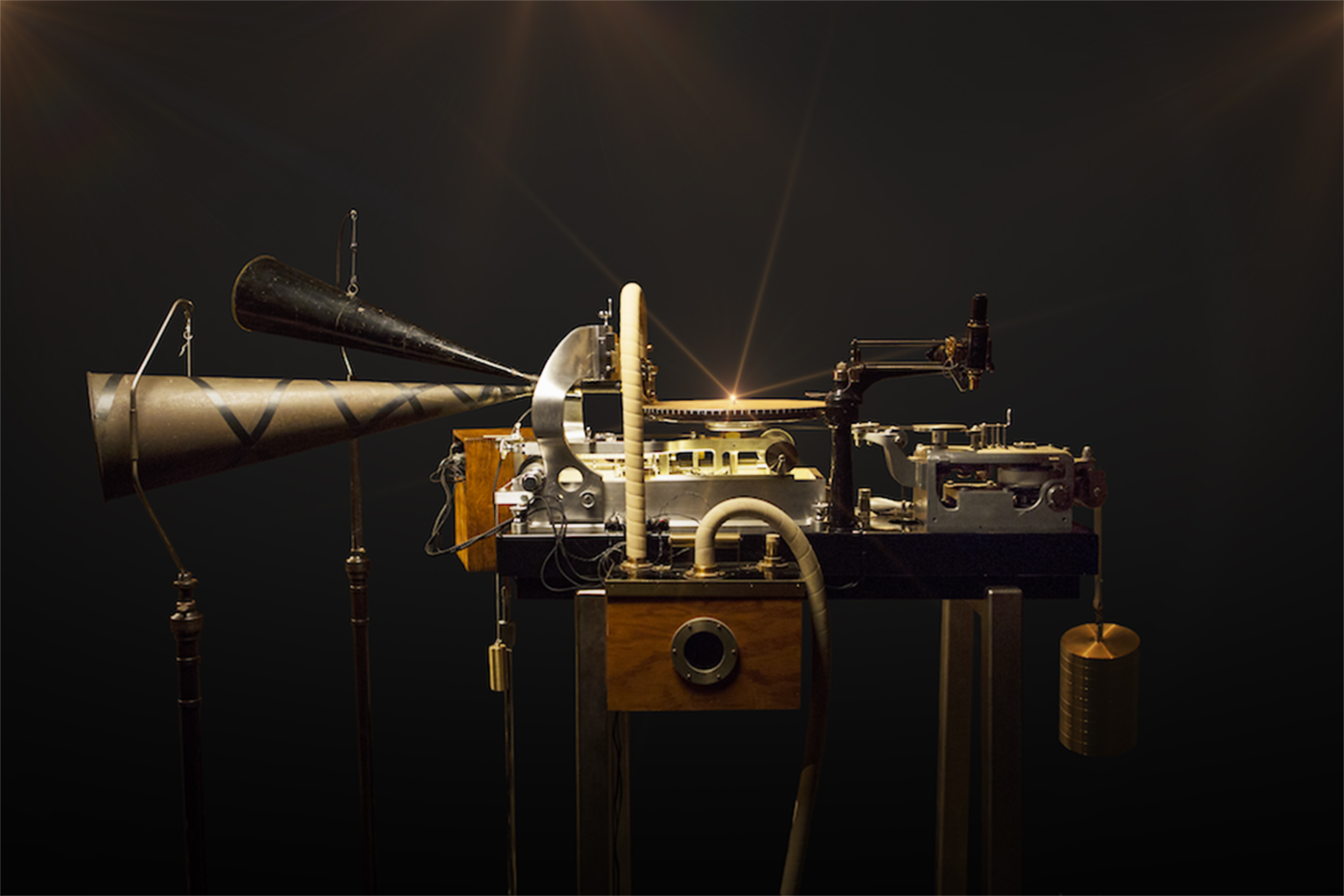 White and his band were shown gathered around a single microphone singing the obscure country-folk tune “Matrimonial Intentions” (“If you got no matrimonial intentions, keep your hands to yourself!”), with fiddle, mandolin, upright bass and White’s well-worn acoustic guitar. He’s joined by Nas for “On the Road Again,” which sounds like some tough contemporary hip-hop except that it’s a faithful reading of the original 1928 lyrics by the Memphis Jug Band. It was cut straight to the mic and the lathe, no overdubs.

“I love that kind of recording because you bring all of your focus and attention to bear on a moment,” Burnett said before the screening. “That’s the [point] when the sculptor hits the chisel. That’s a beautiful thing. So many of the great records were made that way, including right now.”

In the documentary, White described the atmosphere: “You come prepared for this moment. It was like going to church.”

“Radio was the new kid on the block, and they were saying, ‘Nobody’s going to buy records if they get it for free on the radio!’ Hey, is there a familiar echo?”— Taj Mahal

The film excerpt was followed by a panel discussion with MacMahon, Burnett, White and bluesman Taj Mahal, who compared record industry woes past and present. “Radio came along, and radio was the new kid on the block, and they were saying,” Mahal said, adding in a whiny voice, “‘Nobody’s going to buy records if they get it for free on the radio!’ Hey, is there a familiar echo? ‘Who’s going to buy a CD if they get it for free on the Internet?’ How much money did they make in between then and now?”

British-born MacMahon relocated to Los Angeles to complete the three-year process of making the film, commissioned by public television station WNET in New York and the BBC. “When you go into the most rural parts of America, you see old Celtic traditions that remind you of your great-grandparents,” the onetime music video director said. “I see reflections of a society that is almost gone in Britain, and that was really beautiful. There are parts of America that are largely unchanged, so this is a chance to tell some of their stories.”

Both Mahal and the Avett Brothers, who also appear in the documentary, performed short sets after the screening. As he prepared to perform two folk-blues songs on a copper acoustic guitar, Mahal recalled meeting Hurt near the end of the elder bluesman’s life, a moment included in the film. “I went to see Mississippi John Hurt when I was 19. Now I’m up there,” the 73-year-old said with a laugh.

The Avett Brothers performed three songs in stripped down mode, starting with “Jordan is a Hard Road to Travel,” first recorded by Uncle Dave Macon in 1927, and performed by them in film. It was followed by the gospel hymn “Just a Closer Walk With Thee,” with three of them around the mic, singing to Seth Avett’s acoustic guitar. (The Avetts  also performed with a full band at the screening’s rousing afterparty-concert at Park City Live.)

On their way into the screening, singer-banjo-player Scott Avett told Rolling Stone: “We heard about that machine and thought that sounded amazing. The whole group has an interest in old-time music. We perform it in our shows, we perform it on our bus and hotels. When we first heard a playback, our minds were just blown.”

Seth Avett added: “I think there is something in people that connects with their soul when they hear acoustic instruments. It’s not filtered.”