As you may know, since we’re now in the post-Labor Day period of the year—when students, laden with parent-money, return to college and are looking to establish their credentials as hipsters by buying the best and most fashionable music, when the new TV season starts and everybody gears up to experience the year as a media event only now unfolding—this is when the big stuff arrives.

So it would make sense that the week’s newest releases would lean toward the intellect-heavy, and away from the hormone-driven dancefloor beat fodder of the summer–and, indeed, most of them do.

Thus as the festival season winds down—this weekend’s iHeartRadio fest and the upcoming Austin City Limits bash representing the remaining peak experiences—we are now offered a markedly credible batch of good stuff, most of which can be enjoyed not only on the physical level, but the cerebral, emotional and edible. 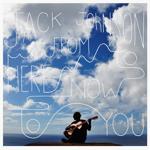 Jack Johnson: From Here To Now To You (Brushfire) There’s a certain level of ultra-hipster that dismisses Jack Johnson purely for his sheer accessibility: He is so frickin’ listenable, he is so positive, upbeat, and aligned to the causes, political and otherwise, that we know in our heart of hearts are righteous and admirable, that he truly can’t merit that much thought or admiration. Didn’t he do that Curious George thing? Still, one listen to this fine new album and any human with the slightest degree of musical intelligence will hear a sharpness, a keening intellect and an upbeatness that oddly recalls the heyday of John Sebastian, just after his Lovin’ Spoonful mode, that rather than retrofied is modernized by the participation of both Mario Caldato, Jr. and the workmanlike Ben Harper, whose skills, ever on display, gather more import with each passing year. This is the sort of album that at its worst will be deemed pleasant, for most people will be deemed quite good, and for a select few—those that really get Johnson’s uniquely personal pull—one of his very best albums ever. Strong, timely, and admirably musical: good stuff indeed. 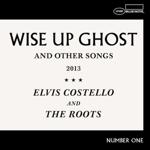 Elvis Costello & The Roots: Wise Up Ghost (Blue Note) I would venture to say that those who have really followed Elvis Costello since his very first album have long admired him but perhaps lost that initial surge of enthusiasm right around 1991, when Mighty Like A Rose emerged—certainly a fine disc—and when what once seemed like a continually evolving career started its first steps toward refinement rather than deliberate innovation. Since then, there have been absolute masterworks—of which 1998’s Painted From Memory, his collaboration with Burt Bacharach, stands tallest—but much of it, at least to those who once really cared, has been something of a careerist blur. That said, Wise Up Ghost is one of Costello’s better ones: The musical backing of the Roots is truly top-notch, the songs reflect Costello’s past (“Stick Out Your Tongue” = his former classic “Pills And Soap”) and indicate the sharpness of his present-day ability (“Cinco Minutos Con Vos” is a knockout) which, thankfully, has not diminished in the slightest. When high-level songwriting meets similarly high-level musical accompaniment, and the assumption is the listener has at the very least a three-digit IQ, the rewards, as displayed here, count among pop music’s very best moments. Highly recommended. 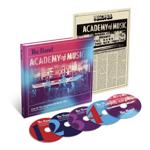 The Band: Live At The Academy Of Music 1971: The Rock Of Ages Concerts (Capitol) Depending on your age—and this is not an insignificant matter—the actual greatness of the Band is somewhat mind-blowing. They are among the very few artists whose skill and precision, whose inability to play an incorrect, tasteless or excessive note, makes their entire recorded output scarily near perfect. Very, very few artists have ever really come close: James Brown and the Beatles, certainly, but aside from them, budding musicologists have always figured out what might be added to any work—a guitar solo, a better lyric, an unexpected harmony—to improve what has come before them. It’s tough to do that with the Band. This welcome collection, a five-disc set featuring four CDs of the group performing live at New York’s Academy Of Music at the end of 1971, and a DVD showing the same, proves that point immensely: On display are their very best songs, bolstered by brass arrangements by New Orleans legend Allen Toussaint, guest vocals by associate Bob Dylan, and a singular array of tight-knit talent, vocal and musical, that remain unrivaled to this day. Aside from most of the group’s most memorable tracks—and, with “The Weight,” their hit—this live set, polished and sonically remarkable, evokes considerable awe that a fairly popular rock ‘n’ roll band had the skills and craftsmanship to offer up such impeccable performances to, let’s face it, a fun-loving batch of New York concertgoers who just wanted to have a better-than-average New Year’s Eve more than 40 years ago. Like, wow. 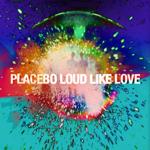 Placebo: Loud Like Love (Universal) Ever since I heard this strikingly unique band start spouting out actual numbers as lyrics—this via “36 Degrees” from their 1996 debut album—I have held them in deep affection. All these years later, they have only gotten better and, strangely, more subversive. Still the platform for one Brian Molko, whose aggressively nasal voice inevitably wrought Geddy Lee comparisons in early days, the band has verged more toward directness than subtlety since their early days, yet the brazenness that made their earliest work so joyful has by no means been eclipsed: “My computer thinks I’m gay,” he sings on “Too Many Friends,” here, his social network diatribe, “I threw that piece of junk away/ On the Champs-Élysées.” Their sixth album, mixed by distinguished mix-dude Alan Moulder, Loud Like Love is fat-free, melodically jam-packed, and filled with enough personality to satisfy any living pop fan. A step up in terms of refined focus and—not unimportant—really sharp, compelling rock n’ roll. 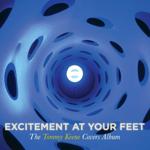 Tommy Keene: Excitement At Your Feet: The Tommy Keene Covers Album (Second Motion) Anybody of a certain age who was enraptured with sound of Big Star, as that legendary band was happening and eventually stopped happening, looked for a similar taste of that enlightened, Brit-inspired rock that would later, for better or worse, be redubbed “power pop.” Whether it be the pre-db’s, known as the Sneakers, or fellow Southeasterners Tommy Hoehn or Van Duren, or—a few years later—Washington D.C.’s Tommy Keene, there was something on display there, a reverence for classic pop structures, that still seems admirable. Keene, who’s carried on respectably for years, indirectly points that way here, on a well-constructed covers album that most obviously bows to the Who via its cover and title, but via its cover of the Bee Gees’ “Laugh In Your Face” from Odessa, not to mention Big Star’s own “Nighttime,” illustrates a love for that peculiar niche of pop music that, when it hits home, really hits home—and stays with music fans many decades later. A sharp, colorful reminder that the best pop music sounds good whatever the context or time frame. 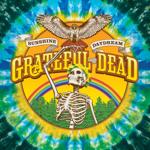 The Grateful Dead: Sunshine Daydream (Grateful Dead/Rhino) Anyone who’s ever loved the Grateful Dead is not going to complain about a lack of available live material by their heroes: The flood, like it or not, shows no signs of slowing down. Those who merely like the band rather than love it might justifiably see the group’s output as being in one of four phases: their early, rockish years, circa their first album; their psychedelic peak, say between the late ‘60s’ Anthem Of The Sun and Live/Dead; the longish phase beginning with 1970’s Workingman’s Dead and the live performances extending through that decade; and all that came after. This collection, recorded in Oregon in 1972, captures them during Phase 3—the Keith & Donna Godchaux era—and includes 3 CDs and a much-lauded concert film on DVD, and represents what some have termed “the most-requested live show in Grateful Dead history.” It’s good stuff, especially in terms of consistency, and is probably the sort of thing you’d want to show someone who “understands” the Dead phenomenon but really doesn’t know, in light of the multitude of available performances, where to start digging in. Just early enough to still be innovative—as the band at its best always was—it’s a fine sampling of a group that truly has had no equals in pop culture history. Beautifully packaged and, best of all, aimed at those fans who really care.

Garland Jeffreys: Truth Serum (Luna Park) Still immensely talented—and this is no small thing for a fellow who’s been making records since the late ‘60s—Jeffreys returns here for his second album in two years, and like its predecessor The King Of In Between, it’s jammed with taut, sharply penned material that evokes the best pop traditions in its unique mixture of rock, r&b and, on occasion, blues territory. Jeffreys remains a deeply personal writer, casually tossing off lyrics like “Too white to be black/ Too black to be white/ …It’s what I am,” all in a contemporary, modernized setting that belies his—gulp—being 70 years old. Tracks like “Any Rain” are bouncy, enjoyable outings, capable of being enjoyed with a cursory listening, but—and this is Jeffreys’ art—have even more impact with further examination. He’s actually remarkably good. 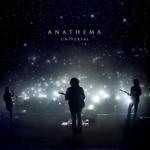 Anathema: Universal (Kscope) Released in conjunction with a superbly produced Blu-Ray DVD bearing the same title, Universal is the latest work by contemporary progressive band Anathema—interesting on many levels, not least because of that interesting , non-glamorous segment of pop music in which they work. The soundtrack to a concert film shot of director Lasse Hoile—who’s worked with Steven Wilson, his band Porcupine Tree, Opeth and well-known proggers Dream Theater—the disc is subtle, never deliberately dazzling, and something of an eye-opener for pop music fans who may think today’s scene begins and ends with whomever might be booked on this year’s VMA awards. Not everyone’s cup of tea, true, but well-played and distinctive enough to not be consigned to that netherworld of prog and metal that would likely be the fave of the Simpsons’ Comic-Book Guy were he an actual sentient human. Most fascinating may be the musical sub-culture that allows high-quality productions like this to thrive and, indeed, prosper, in these aggressively dopey times.

Peter Gabriel: Live In Athens 1987 (Eagle Rock Blu-Ray) Those who have for years have heard raves about the magic of Peter Gabriel—and who maybe got an inkling of his talents via the various Genesis repackagings over the years—are directed to this superb document, which captures the singer at the peak of his talent, singing the songs for which he is likely best known. A striking live performer, and still a strangely underrated songwriter, Gabriel here displays charisma, wit, and the sort of things that pop stars who focused on music rather than personality and fame were once quite renowned for. Loaded with bonuses, including various promo videos and—less a bonus than a object of art in itself–a live set by Youssou N Dour, the disc is a perfect sampling of Gabriel’s skills as both a captivating live performer and an arty songwriter with no small skill in crafting delightful pop hooks. 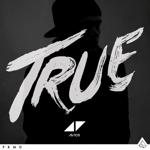 Avicii: True (Island) Though the entire world has been told—for many years now—that EDM was the next big thing, the number of performers who’ve made a name for themselves pushing buttons onstage are strangely few. Among the best known is Tim Bergling, better known as Avicii, who here puts together a highly accessible dance-pop record which features unlikely participants such as Incubus’s Michael Einsinger, the inevitable Nile Rodgers, and, um, Mac Davis—a onetime chart contemporary of Paul Williams and the next best thing to Kenny Rogers, especially for those fond of chicken. And I think we all are, aren’t we?