“I curated the album to create a feeling that the listener was sitting in Kurt’s apartment in Olympia, Washington, in the late Eighties, and bearing witness to his creation.” That is how Brett Morgen — the writer-director and co-producer of Kurt Cobain: Montage of Heck, the controversial HBO documentary about the Nirvana singer-guitarist’s early life, stardom and anguish — describes the film’s provocative, dizzying companion, Montage of Heck: The Home Recordings, in an exclusive, detailed interview about the soundtrack, which will be released by Universal on November 13th.

“In many ways, it unfolds like a concept album,” Morgen goes on. “It’s a journey, an experience. We made the commitment that this wasn’t just about the musical experience,” a reference to the running collage of stark solo demos, manic sound designs and sometimes chilling spoken-word pieces across the deluxe 31-track edition of The Home Recordings, many of them put on cassette during Cobain’s spell living with early girlfriend Tracy Marander. “This was about celebrating all of Kurt’s creative efforts with audio experimentation.

“I’m a filmmaker,” Morgen points out. “This album was curated by the director. So there is a cinematic quality to it.”

Last spring, after I interviewed Morgen for a Rolling Stone cover story on his film and one of its key producers, Cobain’s daughter, Frances, the director sat at a table in his Los Angeles office and played for me a series of raw, often chaotic tracks he hoped to include on the soundtrack. These included Cobain’s private, haunted cover of the Beatles’ “And I Love Her” — heard in the film under home-video footage of the singer with his wife Courtney Love —  and “Rehash,” a blast of fuzzbox turmoil that sounded like Cobain paying tribute to his Northwest-punk heroes the Melvins.

Both pieces are on The Home Recordings, along with early demos of Nirvana songs such as “Sappy” and “Frances Farmer Will Have Her Revenge on Seattle”; the unexpected British-folk tinge of Cobain’s solo-guitar ode to his daughter, “Letter to Frances”; his telling, in the eerie reading “Aberdeen,” of an early suicide attempt; the harrowing, accusatory “She Only Lies,” a previously unreleased Cobain song; and the epic finale of “Do Re Mi,” a beautifully plaintive ballad that was among the last songs Cobain ever wrote and is finally released here in his full, original 11-minute demo. Everything on Home Recordings — in both the deluxe and abridged editions, the latter a 13-track “standard soundtrack” — comes from the 108 cassettes, containing more than 200 hours of audio, that Morgen found in the Cobain archive and listened to all the way through, as he researched his documentary.

“Everything I refer to will be related to the deluxe edition,” Morgen insists at the start of our interview, admitting his preference for the fuller tale told in that variation. He also notes this: “There’s nothing on the album that was previously released on any other Nirvana album or, as far as I know, in bootleg form.” Indeed, there is no Nirvana at all on The Home Recordings. Morgen briefly considered including some rare work Cobain recorded with bassist Krist Novoselic and drummer Dave Grohl. Ultimately, the director states firmly, “The material that was of the most interest to me was Kurt-specific.”

Asked if Frances Cobain had a role in choosing material for the album or exercised any veto power, Morgen says that she and Universal “basically just let me do it. I turned it in. The next word I heard, it was approved.” He is grateful for that faith and leeway. “I’m reticient to say that it’s not easy listening,” Morgen says. “But we are asking the listener to really sit down for 73 minutes and go on this journey, get a complete story.

“I think of this project as a companion to the film in that it tells the story in an aural manner,” Morgen contends. “It was constructed to unfold with a loose narrative, to stand on its own. But if you have seen the film, that experience will deepen your understanding of the Montage of Heck album.

The album proceeds, like the film, in a largely chronological way, from a demo of Nirvana’s “Been a Son” and the juvenilia of the early sound experiments to that closing tape of “Do Re Mi,” reportedly the last known song he wrote. Did Kurt leave dates on his cassettes?
He didn’t date anything. But we were able to ascertain for most of the tracks, the year — sometimes within a few months — based on what else existed on the tape. I knew the spoken-word stuff was all recorded at Tracy’s apartment. “Been a Son” was from that period as well. But Kurt did not date stuff. One of the things that made his journals complicated was he would go back and rewrite stuff. Even his journals were not necessarily chronological.

The first half of the album is, I think, a warmer, gentler, more amused and content Kurt. You’re in Tracy’s apartment. The turning point in the arc of the album is the “Aberdeen” story. That deepens the context for everything that follows. What begins as a lighthearted exercise takes on a more serious focus, filtered through that experience. 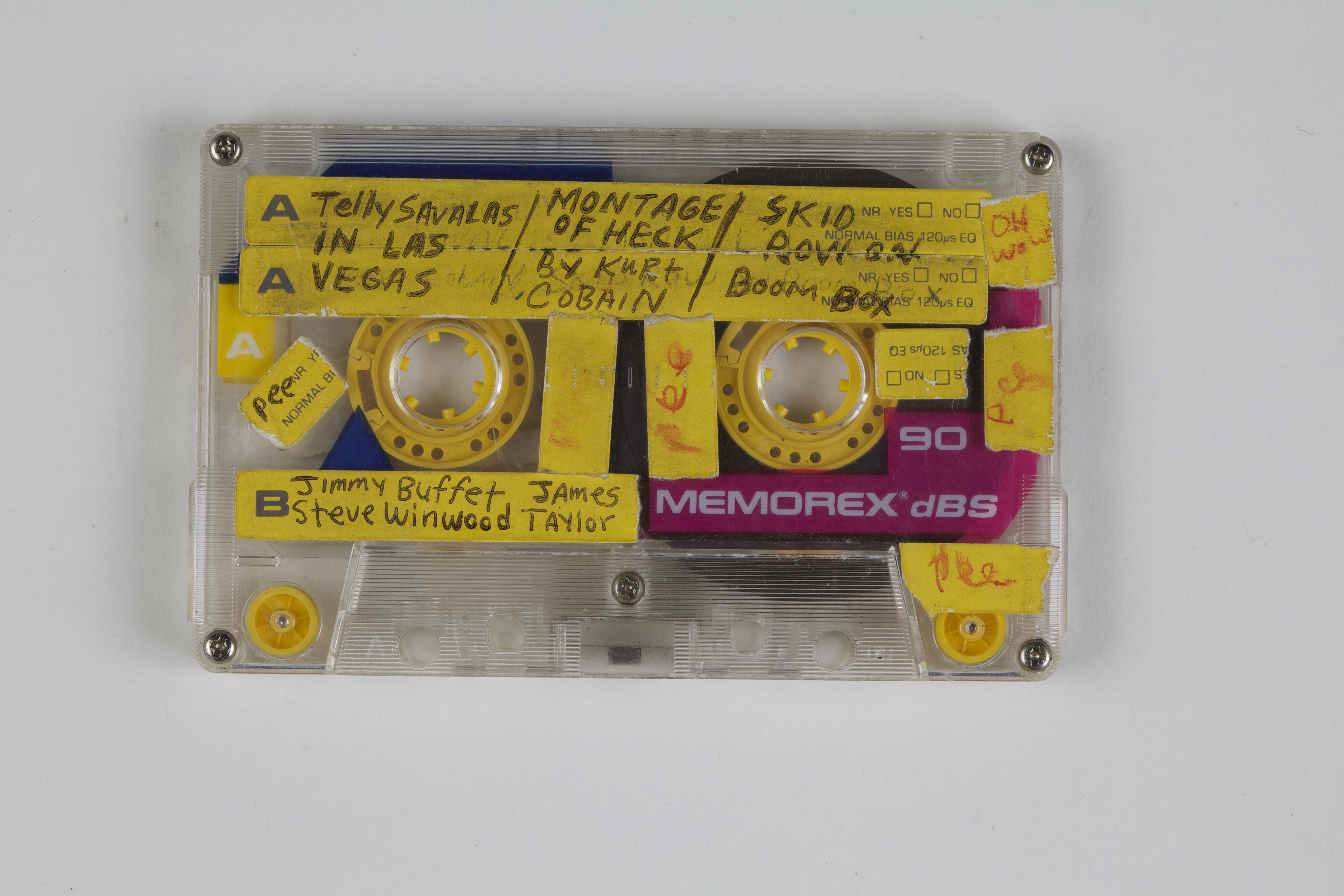 In the film, it is evident he is reading a prepared version of “Aberdeen.”
He’s definitely performing. He wrote this story out. He did the same sort of editorializing he normally did — scratched a few things out, changed a few words here and there. What made that story unique is that most of Kurt’s spoken-word work was done through laughter. He didn’t take it very seriously. He’d spit the words out, making snide remarks as he did it. The story of “Aberdeen” — he did several takes of it. In the long form, you can actually hear his edit points or him flipping over the papers. His entire cadence, the texture of his voice, are so unique in that story. I don’t believe I heard that anywhere else.

The album includes a few unreleased songs — ideas that Kurt never returned to like “Burn the Rain” and “She Only Lies.” Were you able to ask Krist Novoselic if he had ever heard them and, if so, why the band never played them?
I never had the chance to talk to Krist. The one thing I can tell you with a lot of these songs, which is interesting — with songs that are familiar to Nirvana fans like “Frances Farmer …” and “Been a Son,” we heard dozens of variations. “Sappy” — in his demos, Kurt must have had about 15 different versions. But most, if not all, of the unreleased material on this album does not exist in multiple versions. Meaning there is only one version of “She Only Lies.” Which is interesting, because a lot of those songs are pretty fleshed out.

The extended medley of “You Can’t Change Me/Burn My Britches/Something in the Way (Early Demo)” —  is that actually the sequence in which he recorded it?
That existed exactly in that context. That blew my mind. It was almost like a punk opera. What I found interesting is he comes back to “Burn My Britches” after “Something in the Way.” There’s another song, “Desire.” Kurt would be working on a song, and he would somehow land back on this “Desire” refrain. On the deluxe edition of the album, it comes into play two or three times. It’s this floating theme, feathered throughout.

Wherever possible, we tried to preserve the sequence as it might exist on the tapes. Going from “Aberdeen” to [the song] “Bright Smile” to [the spoken piece] “Underground Celebritism” — that follows [the order] on the original cassette that I unearthed. Often we would leave the static in after a song, as it existed on the tape, to reproduce the experience I had when I was listening to the tapes the first time.

As a listening experience, this album could drive people nuts. It suggests an untameable imagination — Kurt’s synapses are firing all over the place.
We have 31 cues on here, of which only a handful have ever been on Nirvana albums, in finished versions. And you have to remember — this is just the audio stuff. He was also creating journals and visuals. It goes back to what Krist said [in the film] — Kurt had to create. It poured out of him. That, to me, is the joy of the first half of the album. He’s not exploring these darker things that haunted him. What you get is a young man sitting in an apartment by himself. Nobody is telling him to write a song. He’s amusing himself.

The morality of putting out unfinished work — I know that is a criticism that will be lobbied against the project. But just like the Bootleg Series furthers your understanding of Bob Dylan’s process, I find that Montage of Heck: The Home Recordings furthers not just our understanding of his process but represents yet another angle, another side of Kurt — an artistic outlet that he was not necessarily able to work with in the context of a three-piece band. It’s not scraps and discarded, insignificant material. It really is furthering our understanding of one of the most significant artists of our time.

I have to admit — the first comparison that came to mind, as I listened to this soundtrack, was the Beatles’ last album, Let It Be, with its voiceovers and sound extracts. It’s an audio companion to a documentary — about a creative entity falling apart.
I know what you mean. Some of that can be attributed to a level of intimacy. You’re stripping down the layers, looking behind the curtain. That creates an honesty, which gives birth to a form of intimacy. There are those moments where Kurt is talking to himself: “Hmm, I think I broke a string.” When you hear Kurt say that, that’s not his [interview] voice. It’s that Kurt interior space — a purity and contentment. A nirvana, if you will. 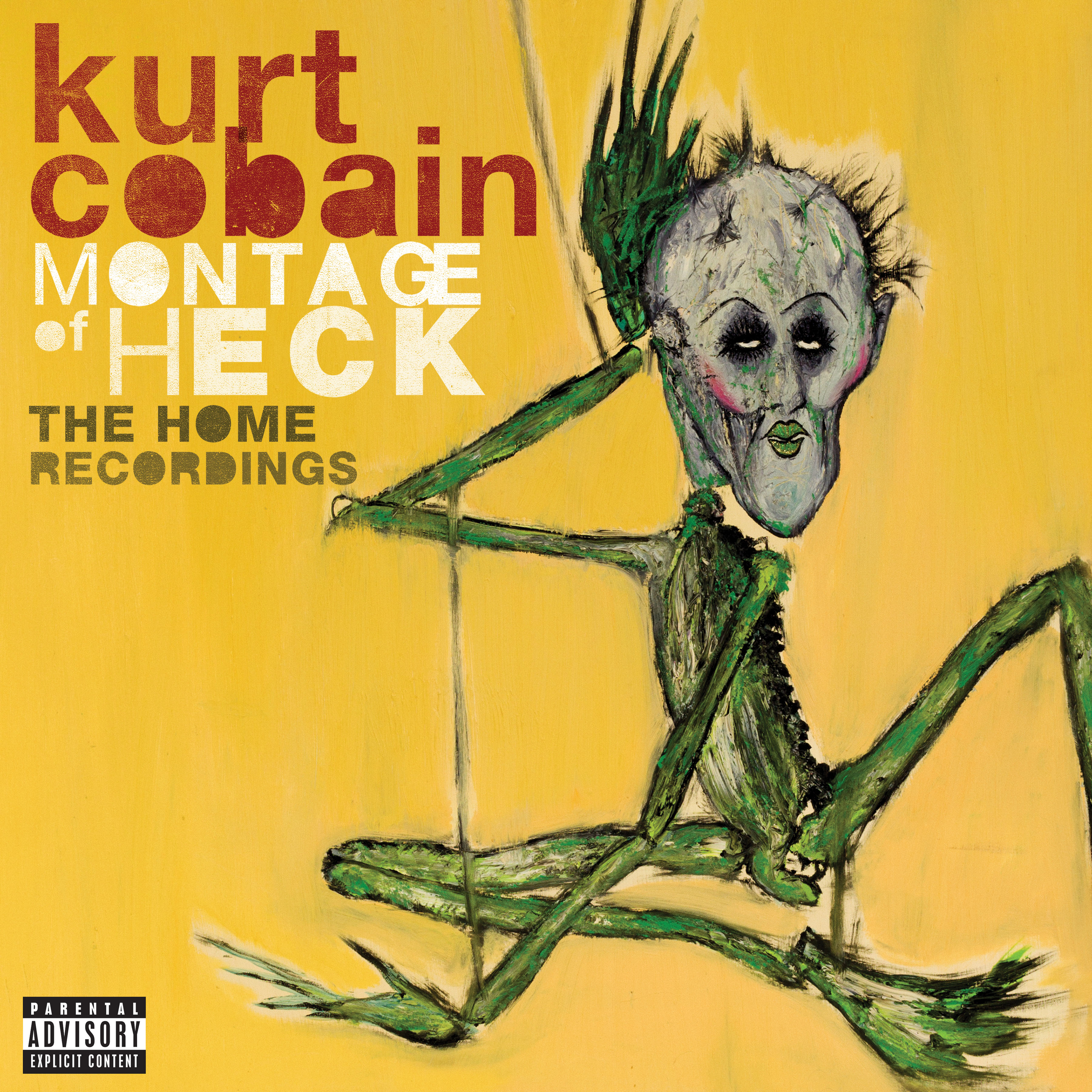