The sprawling, neon-lit lost weekend Electric Daisy Carnival will take over Las Vegas this weekend for its 20th annual installment. For three days, attendees will commune with fire-breathing monoliths, behold vast art installations, carouse in amoebic dance crowds and bask in the glow of millions of LED lights.

More Olympic event than music festival, EDC attracts herculean crowds. Since 2011, more than 2 million people – roughly the population of Paris – have attended the gargantuan dance party held at the Las Vegas Motor Speedway. The event has also drawn its share of controversy. The 2010 death of a 15-year-old girl in the parking lot of an EDC festival raised alarms about safety at these increasingly ubiquitous events. A year later, the fest came under fire for possible embezzlement.

At the center of it all is Pasquale Rotella, the 41-year-old EDC ringleader and founder of tour promotion company Insomniac. On paper, he sounds like music’s Jordan Belfort. He’s married to former Playboy bunny Holly Madison. He’s also become the main player in the electronic dance music industry that’s worth $7.1 billion as of 2016, according to the International Music Summit. EDM’s global worth has grown more than 60 percent in three years. In that same time frame, Insomniac made a $50 million partnership with Live Nation that boosted its profile and reach. Insomniac now hosts 12 events per year, including Electric Daisy Carnival, Electric Forest, Crush, Bassrush, Nocturnal Wonderland, Beyond Wonderland, Escape and Countdown. Insomniac owns nightclubs (like Los Angeles’ Create and Exchange LA) and a record label and is bringing its surreal raves into global markets like Mexico City, the U.K. and Brazil. (India and Japan are next.)

45 Years of Music Festival Fashion: From Woodstock to Electric Daisy

For being an EDM mogul, Rotella is remarkably unflashy. He wears a half-cocked baseball hat, casting his grey-speckled scruff in shadow. “I didn’t come into this world as a businessman,” he said to Rolling Stone. “When I would go to an event, music was only one artistic form I was attracted to.”

The 2016 festival, running through 19th, will feature 250 artists, most under the umbrella of dance music, but not all. In the past, rap and pop acts like Kiesza, Empire of the Sun, Chromeo, Kid Cudi, Schoolboy Q, Lil B, La Roux have performed at EDC. Between 2011 and 2015, Insomniac Events spent $156 million on the Las Vegas EDC show alone. “The fans are the attraction,” Rotella said. “They’re connecting with the DJ, they’re connecting with each other, they’re putting on their own performance, putting on a show for the artists.” There is a misconception about electronic music festivals like the ones he builds, that music takes a backseat. Unlike other big ticket fests like Coachella or Desert Trip, attendees aren’t there basking in nostalgia, to rub shoulders with celebrities or to glimpse a famous band reunion. Like any true bacchanal, EDC is purely about the present. 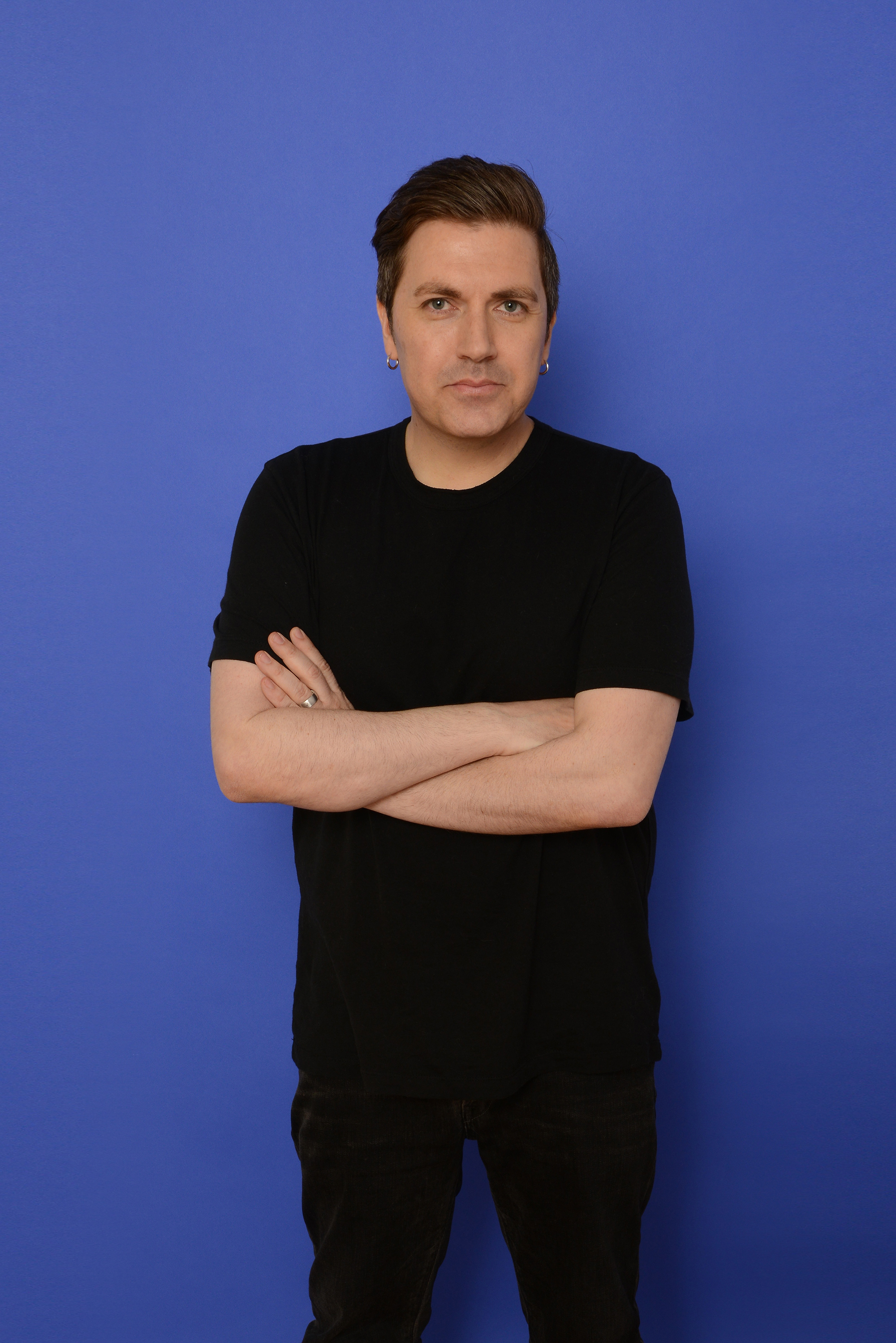 The first Insomniac event in 1993 had 300 people show up and Rotella’s Italian immigrant mother, Irene, working the door. “My father was an adult at nine years old, taking care of his mother and sister,” said Rotella, of his Calabrian-born dad. “He stole bread to survive.” That background made his parents less wary than others might have been of their teenage son running around semi-legal locations in downtown L.A. at night.

Rotella learned about the music business that way: wandering through warehouse rooms, segmented by genres like techno, funk and disco. There, he found the original works that his favorite bands – A Tribe Called Quest and De La Soul – sampled in their music. “I thought that those hip-hop producers made those songs,” he said. “We were just taken to school by DJs like Mike Messex and Sean Perry.”

By day, Rotella hung out in graffiti art crews. His earliest ambition was to be a great artist, and he spent his youth roving around downtown Los Angeles spray-painting the sides of freeways and dilapidated buildings. “I looked up to my friends,” he said. “I wanted to be as good as the guys in my crew.” He filled in their pieces, perfecting letters and characters with swatches of vivid color. It turned out his friends were also gifted at throwing parties. Rotella realized that this was where his skills could truly flourish.

“I remember at a place called La Casa someone tapped me on the head asking if I should be home by now,” said Rotella. “It was like three in the morning and we were at this crazy underground party. I just fell in love with the scene.”

“I just fell in love with the scene.” –Pasquale Rotella

Everything changed when the Los Angeles riots broke out in the summer of 1992, rocking the South Central community to its bones. Rotella was 16. “There were a handful of things that destroyed the underground rave scene. … After the L.A. riots, there was a big curfew: You couldn’t be out of your house at a certain hour and there were a lot of events planned during that time,” Rotella said. “There were a lot of shady promoters sending you out to a dirt field two hours away from the city and the more legitimate events would get busted by the rave task force.” The aftermath of the L.A. riots nearly wiped out the thriving hip-hop community Rotella and the underground lived on. “It just killed the culture,” he said, right when he was getting into it. So Rotella started throwing parties on L.A.’s Crenshaw Boulevard. And almost immediately, he was arrested for it. 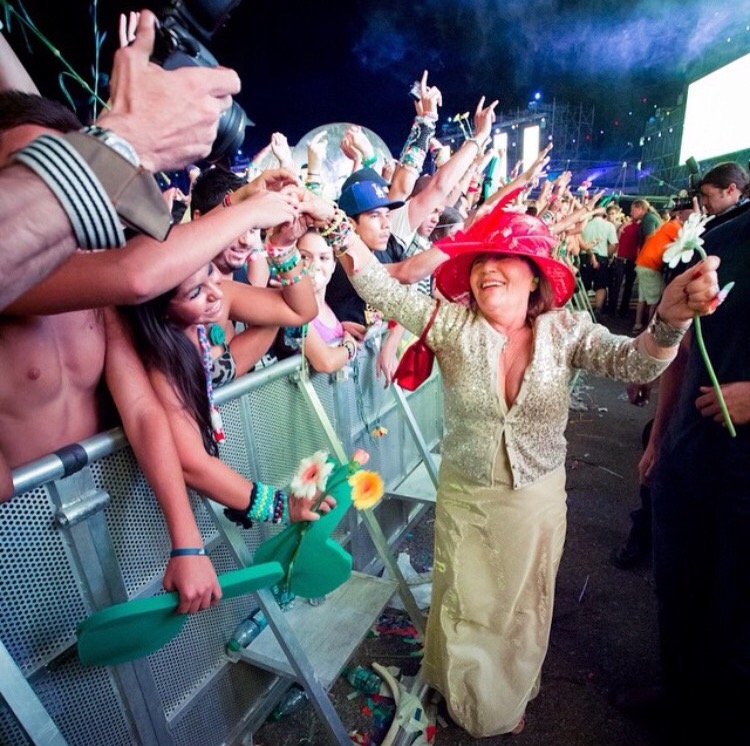 His mother, who was working the door at his events in those days, bailed him out. “No one supported me more than my mom,” Rotella said. “When I got arrested, she was pissed at the police. She said, ‘They can’t arrest my son! They are jealous of him! These are the best parties in the world and they go after him,'” he laughed. “I couldn’t have produced the events I’ve produced and built Insomniac without her support.”

Mama Irene, Rotella’s unquenchable mother, passed away in 2015. He says that for over 20 years, she never missed an Electric Daisy Carnival. She danced onstage and partied harder than the 25-year-olds. She was living proof that people don’t age out of enjoying music festivals, said Rotella, even though there is a stigma that they’re only for young people. “She taught me that it’s about creating a great experience, a unique experience,” said Rotella. “She was non-stop.”