They sold out arenas thanks to era-defining ditties like “Freeway,” “Walkin’ Shoes” and “Mama You’re a Dancer.” The grainy, faded footage of them in concert in L.A. circa 1974 testifies that no one worked a country-tinged, AM-radio groove better. Cameron Crowe, Daryl Hall and the ladies of Haim are all diehard fans. “Every song was a single, and every single was great,” claims Chuck Klosterman, in reference to the chart-topping album Catalina Breeze. “I was completely blown away by that record,” says Kenny Loggins. “We all tried to capture that thing, but they really got it. That was the quintessential California record.” They were called the Blue Jeans Committee, the kings of the early Seventies soft-rock scene and the most influential band of their day. And, also, they are not real.

If you’ve been watching Documentary Now!, Fred Armisen and Bill Hader’s brilliant TV show on IFC that sends up nonfiction filmmaking, you’ve seen the duo affectionately skewer everything from Vice‘s gonzo-hipster journalism to the Maysles brothers’ classic Grey Gardens. But with “Gentle & Soft: The Story of the Blue Jean Committee,” a two-part episode (premiering tonight) that takes on both music docs and the Me Decade’s peaceful, easy feelings, they’ve come up with a fake band assembled, Frankenstein-style, from the spare parts of Steely Dan, America and the Eagles — a loving parody that looks and sounds so authentic that you’d swear you grew up hearing these songs on long road trips and in dentists’ waiting rooms.

Sail Away: The Oral History of 'Yacht Rock'

“The idea to do a music episode was there from the beginning,” says Hader, which isn’t a surprise considering the faux-doc show’s origins. After he, Armisen and Seth Meyers had done the “Ian Rubbish” short — a fake Behind the Music episode that revolved around a Thatcher-loving punk rocker from the early Eighties — while on Saturday Night Live, Hader suggested that the trio develop an entire series devoted to crafting these self-contained mini-movies. “Originally, [writer] Erik Kenward had come up with a draft that was just a straight-up music documentary. It was so all-encompassing that our directors, Alex Buono and Rhys Thomas, were like, ‘We have 22 minutes for an episode, we can’t fit this all in.’ Even a pared-down version was simply too much. So we started looking for something smaller.”

“The jumping-off point was really the Eagles documentary,” admits Meyers, the show’s executive producer. [He’s referring to Alison Ellwood’s 2013 History of the Eagles Part One.] “What sort of delighted us about that film was that you have this really soft sound — and then you have these aggressive alpha males talking about the journey to get that soft sound. So we started throwing this idea around about these two guys who are a little aggro and are making this kind of breezy, margarita-sipping music.” 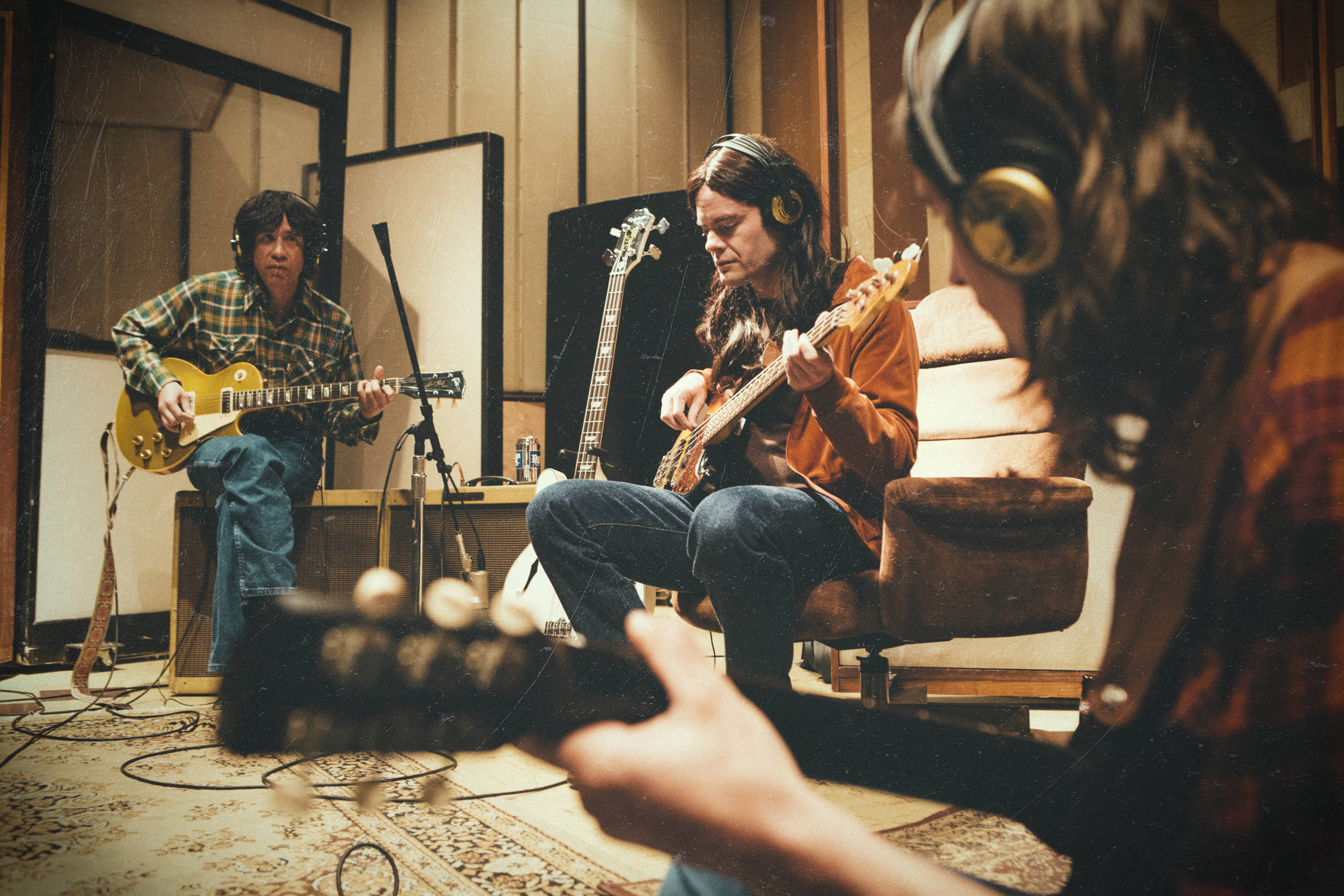 According to Hader, they happen to come across an episode of “Classic Albums” that focused on Steely Dan’s Aja, and started to develop the soft-rock idea in the form of fake track-by-track doc. “It was just going to be about the making of Catalina Breeze,” he says, “and then we thought, wait, what if these guys were originally a tough-guy Chicago band that decided they wanted to be a mellow California band instead? Once we figured that out, everything took off from there.”

Hader’s character, Clark Honus, would be the bassist and the singer responsible for the songs’ ear-bleeding high notes; Armisen became Gene Allen, a Windy City blues purist who pressures industry bigwig Alvin Izoff to reinvent them as a West Coast band. (The fact that the latter is played by Irving Azoff, the real manager of the Eagles, doubles as a first-rate in-joke. “We got a call while we were filming the Grey Gardens episode that he could only do it that afternoon,” Hader says, “so we had to rush over to his offices while I was still in ‘Little Vivvy’ drag to film his part.”)

For the name, they borrowed the Blue Jean Committee, a hippie-dippy handle that Armisen had already used for a one-off SNL sketch about a bar band. “I feel like the groups of the early Seventies were still trying to emulate the names of Sixties bands,” he says. “You had the fill-in-the-blank ‘organization,’ or the something-something ‘society.’ Committee seems to suggest something corporate, so it’d be such a hippie thing to be like” — Armisen adopts a righteous hippie voice — “‘Yeah, but like this committee is all about letting your hair down. There’s those other ones in, like, banks and stuff, but we’re the Blue Jean Committee!’ They’re not like those other corporations. They’re cool!” 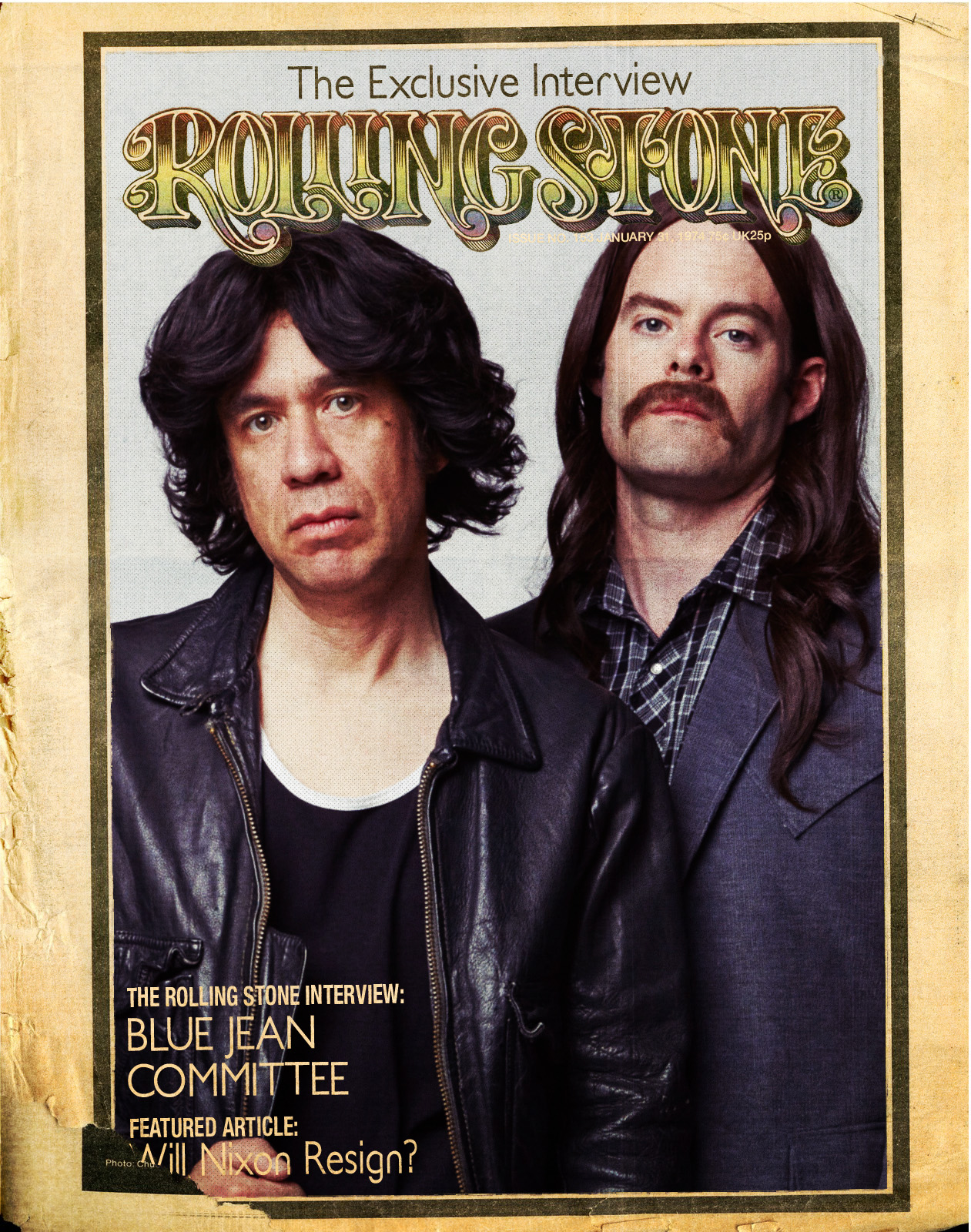 And though it took Armisen slightly longer than his onscreen counterpart to come up with the music — “Gentle & Soft” details how Gene wrote and recorded the entire Catalina Breeze album in one six-hour recording session — he says he’d already been primed to channel the satin-smooth sound of Dan Fogelberg, et al, when it was time give the BJC a back catalog. “I’d been listening to this station on XM Radio called ‘The Bridge,’ the one that plays a lot of soft Seventies rock,” Armisen says. “And it just started to amaze me that once upon a time, people made music like this! It’s the exact opposite of rocking out. America, Seals and Croft, Steely Dan — there’s a feel to it that I’m just obsessed with.”

Armisen and musician Jon Spurney quickly came up with 10 songs that mimic the tinkling keyboard parts, feather-light drums and the Malibu-meets-Memphis country twang of the era’s soft-rock hits. (Should you feel the urge to spin such BJC classics as “Mr. Fix-It” or “Hibiscus” on your hi-fi, you can purchase the Blue Jean Committee’s actual fake-band album in its entirety, courtesy of Drag City.) And thanks to the comedian and Erik Kenward’s facility for capturing the let-it-all-hang-out whateverness and occasional pseudo-sophistication of the genre’s lyric writing, they’ve come up with what may be the single greatest Steely Dan parody ever in Catalina Breeze‘s title track. “I had to learn the bass parts to those songs, and I must have heard “Catalina Breeze” 50 times or so while we were filming the performance scenes,” Hader says. “And it wasn’t until I watched the final episodes that I realized just how batshit those lyrics were! ‘A barstool intellectual with a master’s degree in small talk … and going to the movies.'” He cracks up. “Where the hell did they come up with that?!”

All three of the series’ co-creators attest that the entire idea behind Documentary Now! was to pay tribute to the source material with as much live-or-Memorex fidelity as possible. (For their Thin Blue Line episode, they didn’t just replicate the look of Errol Morris’ landmark 1998 true-crime doc; the directors allegedly used the exact same lens that Morris used to shoot the film.) “The goal for me was audience confusion,” Armisen admits. “I wanted a viewer to turn on the show and genuinely not know whether they were watching a parody or a real doc.” And while the “Gentle & Soft” episodes mimic the rock-doc template to a tee — from famous talking-head testimonies to washed-out vintage TV show clips — it’s the sound of the Blue Jean Committee itself that makes this two-parter the ultimate last word on the soft-rock ribbing. The fact that everyone involved is juggling three to four different projects at once and thus can’t tour as the band is damned near criminal.

“Any time you mess around with parodying bands and music docs, you just want to steer clear of Spinal Tap,” Meyers says, referring to the legendary fake-it-so-real rock band. “They set the bar so high that there’s no way anybody can match that. So with the Blue Jean Committee, we just didn’t want to seem like we were imitating them. Hopefully we managed to pull that off. If it starts a soft-rock revolution as well, that’s just a bonus.”