Like most of us, I’m still getting over the news that singer Rihanna has taken to wearing a new hat—apparently some sort of veil is involved, and I’m assured it’s the height of fashion—and am trying to put my own puny life in perspective!

Word is she places it on her head!

Still, I’d like to take this opportunity to announce what may be the single biggest break this writer has ever received in his long career!

Starting this week, each and every one of my blog posts will be available absolutely free of charge to users of Samsung Galaxy smartphones!

Though technicalities would disqualify me from winning the Pulitzer Prize I certainly deserve, I’m proud to note I’ll be available on more mobile devices than ever before! And it won’t cost a thing!

What say you buy me a beer to celebrate? 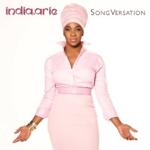 India.Arie: SongVersation (Motown) My jaw is still dropping over the sheer artfulness and excellence of this, the fifth studio album by highly acclaimed singer/songwriter India.Arie–who has assembled a suite of wonderfully melodic, intelligent tunes that frankly sound as if they were plucked from the pages of one of those Greatest Albums Of All Time articles most of us see, page through, and then dutifully ignore. Creatively arranged, marvelously paced, wonderfully played and imaginatively sung, the album is way better than most normal people could have hoped for and certainly one of this year’s very best. Though nothing here may leap out as instant radio fodder, one serious listen is all it will take to convince you that the craft on display here is a pure art statement, not fashion statement, and we’ll likely be enjoying it for years. Exceptional stuff.

The Beatles: Help! Blu-Ray (Capitol) While it seems oddly pointless to write about the quality of a movie most pop fans are already well familiar with, this latest, digitally restored version of the Beatles’ classic 1965 film Help! is still worth noting. It looks and sounds spectacular, which is no small thing, it is jam-packed with special features—mini-documentaries, an outtake, film trailers, etc.—and it is a perfectly good opportunity to re-examine the film all these years later. Though critically regarded as being inferior to the earlier A Hard Day’s Night, there are aspects of it—its being in color, its more linear plot, the more interesting song selection—that make it seem oddly “newer,” less historical, and more capable of being perceived as less a piece of history than as sheer visual entertainment. And as for the band themselves? Charisma, humor, warmth, their innate appeal not only as musicians but as humans—it’s all here, ready to be enjoyed yet again in unsurpassed visual and audio quality. Between you and me, this may even be better than Kiss Meets The Phantom Of The Park! 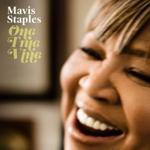 Mavis Staples: One True Vine (Anti-) Add one more shockingly good set to this week’s new album releases: Mavis Staples’ latest is eerily and profoundly excellent—offering the classic vocalist in a context that could not be more texturally superb. With the assistance of Wilco’s Jeff Tweedy—returning after the previous Grammy-winning You Are Not Alone collaboration—and notable songs from Nick Lowe and Low’s Alan Sparhawk, Staples presents a stark and emotional 10-song set that oozes class, emotion and subtlety throughout. That Staples is more visible at this point in her career than ever before is remarkable in itself, that she’s making records this rich and vibrant is another matter entirely. 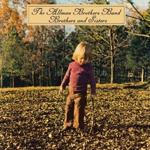 The Allman Brothers Band: Brothers And Sisters: 40th Anniversary Edition (Mercury) Those who were there at the time will recall that the Allman Brothers did not exactly take off overnight: After two fine albums and a non-stop flow of enervating live shows, it took 1971’s double At Fillmore East album to cement their reputation as one of America’s very finest bands. Though its much-praised follow-up Eat A Peach was just as highly lauded, its arrival, after the death of its celebrated founding guitarist Duane Allman, still did not fully answer the question of what the Allman Brothers could really do without him. Brothers And Sisters, issued in August 1973, not only answered that question but became the band’s very first platinum album. Loaded with excellent songs and playing, not to mention the band’s ubiquitous ‘70s hit “Ramblin Man,” the album was a positive step forward–perhaps focused on songs more than the raw instrumental improvisation that had served the band so well earlier, but still polished and immaculately performed. This new anniversary set is thus no small affair: 4 CDs, featuring the original disc, an additional set of outtakes, rehearsal takes and jams, and two fine discs of the band performing live at Winterland in 1973. The verdict? Fine stuff, not overblown, not unnecessary, just an in-depth look at one of America’s best band’s stretching out and just beginning to carry out the legacy that they’ve respectably continued to explore in the decades since. A very solid, very welcome package. 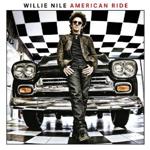 Willie Nile: American Ride (River House) There’s something to be said about highly-skilled, enjoyable singer/songwriters as they progress: Sometimes they get better with time. Which is entirely the case with Mr. Willie Nile, who in his earliest days was signed to Arista Records back in 1980 and—I’m not sure he was one of the 25 “new Springsteens” that label was preoccupied with signing back then—offering two fine albums, than stepping back out of the limelight for a decade or so. He briefly landed at Columbia, but even then, major label affiliations weren’t really the point. Since 1999’s Beautiful Wreck Of The World, Nile’s been on his own, releasing high-quality, adventurous albums filled with sharp, surprisingly mature songwriting and playing, surfacing now and again, and, most importantly, never losing the spark that made him stand out so notably in his early days. I’d say this new set is more of the same, but that doesn’t sound like a compliment, and it’s meant to. He rocks, he sings, he plays guitar, and he writes songs as if he’s got something to say: that’s one more than a trifecta, and it’s better than most performers in 2013 have to offer by far. And maybe you should find out for yourself. 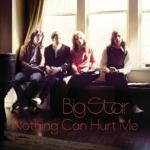 Big Star: Nothing Can Hurt Me (Omnivore) The soundtrack to the much-celebrated—well, relatively speaking—film about the erratic career of Memphis pop legends Big Star, Nothing Can Hurt Me is about as good as any longtime fan of this group might expect. With just three albums to their credit, all released in the ‘70s and each individually launching a specific school of what some would call “power pop”—I hate that—Big Star were and are deservedly influential, as their albums are each and every one remarkable, but the band was tragically short-lived. Thus this collection of previously unheard tracks—alternate mixes, a demo, some studio chatting—is an incredible gift to those who care: familiar songs given a new slant here, an unexpected texture there, all of them sounding as contemporary as the day they were penned, all of them representing a near perfect encapsulation of classic rock ‘n’ roll, and all of them sounding better than most everything that’s come since. Like the Beatles, like Jim Morrison, Big Star came and went before they got old and ugly and nobody cared anymore. That’s not a bad deal for anyone. 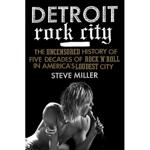 Detroit Rock City: The Uncensored History Of Rock ‘n’ Roll In America’s Loudest City by Steve Miller (Da Capo Press) Anyone who thinks that Detroit has been a cultural mecca for pop music in the last half-century would not be wrong: Take the legacy of Motown and throw in a rock n’ roll cast of characters that includes Bob Seger, Mitch Ryder, the MC5, Stooges, the Frost, and the Amboy Dukes from the ‘60s, and a giant batch of hipster hardcore bands in the years that followed, leading all the way to the inevitable White Stripes, and you’ll probably get the picture. Writer Miller’s oral history of Detroit rock ‘n’ roll is the main story here, and it’s alternately eye-opening, shocking, predictable and depressing, depending on your point of view. I can’t think of a similar city that could withstand such a focused treatment–Chicago? San Francisco? New York?—without being a frazzled, incomplete mess, so Miller’s to be commended for his subject matter. This is the sort of book that will make no one ecstatically happy: Participants may feel slighted or misquoted, fans of a certain era may want more MC5 and less Negative Approach or vice-versa, etc. Still, all told, there are a tremendous number of colorful stories and pieces of mythology to be had in any recounting of Detroit’s rock ’n’ roll history–and many of them are here. Kudos to Miller for doing all the legwork in compiling them. 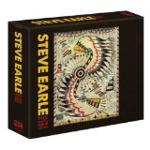 Steve Earle: The Warner Bros. Years (Shout! Factory) Speaking as someone who just spent the past week listening to a boxed set of the first 10 albums by ZZ Top, I’m inclined to view the fading days of the record industry as a sheer blessing for consumers: So much, so good, so…inexpensive. Shout! Factory provide a great service here in collecting Steve Earle’s late ‘90s Warner Bros. discs –Train A Comin’, I Feel Alright and El Corazón—and throwing in both the previously unreleased live set Live At The Polk Theater and the concert DVD To Hell And Back, filmed in 1996 at a Tennessee prison. Collectively, the discs display Earle during an interesting phase of his career and, experienced sequentially, show a career that has been highlighted by an intensity and emotional commitment that has continued to grow with each passing year. Dollar for dollar, this is one great buy. 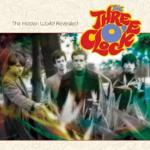 The Three O’Clock: The Hidden World Revealed (Omnivore) Though in the wacky world of L.A.’s so-called “Paisley Underground” I was probably more partial to the Rain Parade—maybe it was their album covers—I never once scoffed at the Three O’Clock, who seemed decidedly out of time in the ‘80s both in terms of fashion and their selection of cover songs, not least of which was their admirable take on the Bee Gees’ “In My Own Time.” But that’s not to discount the band’s originals, including “With A Cantaloupe Girlfriend,” “Stupid Einstein” and “Jet Fighter,” all on display in this commendable 20-track collection of the band’s best work, beefed up with the expected alternate takes and demos and all the better for it. While all tracks can be enjoyed for their sheer musicality—this was an inventive band—in 2013, it’s a bit difficult to contextualize how strangely unfashionable this stuff was at the time: REO Speedwagon and Aerosmith it’s not, and despite a brief flirtation with Prince, of all people, the mainstream never really heard it. Now they can. And maybe they will. 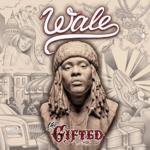 Wale: Gifted (Atlantic) Though a host of guest stars appear—including Rihanna, Nicki Minaj, Ne-Yo, Rick Ross, Wiz Khalifa and even Jerry Seinfeld—the notable absence of Ward, June and the Beaver may make this a less than fulfilling listening experience for some. The good news? Lumpy is all over this thing!