In a given week, if I select the most noteworthy new releases for this blog–albums that either will sell the most (few) or are exceptionally interesting (fewer)—I’m not above pretending Celtic Thunder is Celtic Frost, that Josh Groban has devoted an entire album to the works of Pink Floyd, or that any artist named Dog Bite deserves a review simply because of his wonderful name!

Rare are the times I actually care about all 10 albums!

No need to worry, though. As long as Lil Wayne can put out albums with titles like I An Not A Human Being II, my work is not done!

And apparently his isn’t either!

Depeche Mode: Delta Machine (Columbia) If someone had suggested many, many years ago that of all Brit bands to emerge in the punk/new wave onslaught of the late ‘70s/early ‘80s, Depeche Mode would not only linger but grow…and grow…into the massive worldwide superstars they now are—well, they’d be smarter than I am! But they have indeed persisted, their music maturing album by album, their influence almost scarily pervasive, and their refined taste—never the smallest thing—not departing even for a moment. Having just seen the dudes in up-close quarters in Austin, I’m obliged to report that they’ve only gotten better, have changed with the times, seem less synthetic and more fleshier, and have probably become the Pink Floyd of yet another generation. Delta Machine is a very strong album: propulsive rhythms drive memorable songs, subtlety dominates over excess, and someone I work with continues to swoon over the sex appeal of lead singer Dave Gahan, which, considering that he’s approaching 51, is not a bad thing for any pop band! That the band can whip out a plethora of memorable hits in concert, and match them with the fine tunes that populate Delta Machine, indicates these fancy dudes are not exactly coasting on a generation’s longing for the days that used to be. Which makes this album a big win. 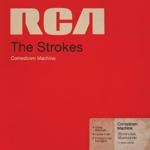 The Strokes: Comedown Machine (RCA) Having never been personally vested in the career of the Strokes—meaning that I mostly liked them since Day 1, found their obvious influences heartwarming, and enjoyed comparing them to Interpol because, well, everybody sounds like everybody else, and never thought of them as the saviors of anything but their own bank accounts—I have only wished them well. This means that I have approached each new album with very few preconceptions. In doing so here, I will happily report that it’s a very good album that, if we must speak of influences, often reminds me of a poppier version of New Order, which is not a bad thing, and that they seem noticeably determined to not repeat themselves, which they haven’t done. I also admire their taste in cover art! Between them and the Black Rebel Motorcycle Club, who’ve similarly adorned their new album with what looks like a graphical treatment of an Ampex reel-to-reel tape case, we’ve got an entire format covered! Like you, my plan is to tell everyone I see that “I’m into the Strokes” and watch their reaction! I’ll synthesize it, restate it here as if it were my own, and then reap the financial bounty! 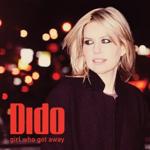 Dido: Girl Who Got Away (RCA) A new album from the girl whose name gives speed-readers pause? Fire away! With close to 30 million albums sold, the plucky British lass’s fourth album is a smooth, mellow work boasting impeccable vocals—albeit with less than exceptional range—and strikes me perhaps overly dependent on how adventurous, or not, the musical arrangements of each song are. The less-than-exciting tunes perhaps oddly suggest a mundane homage to mid-‘70s Renaissance, the more compelling songs such as “Blackbird” remind us her past glories, and “Let Us Move On,” featuring rapper Kendrick Lamar, oddly recall that peculiar moment in history when Deborah Harry sung of “eating cars” in “Rapture” and no one slapped her silly. Still: nice, classy, mature, exactly the sort of album you’d want to make if you took a respite from the music biz to have a family’n’stuff! That said, Dido is a funny name! 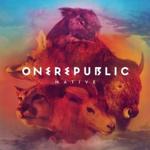 OneRepublic: Native (Mosley Music Group/Interscope) Can I be honest? Sometimes we have to come up with “creative concepts” for bands here at Yahoo that we should probably do video pieces on—and, as you may suspect, sometimes studio performances alone don’t quite cut it. A few years ago I was dead set on getting Taking Back Sunday to go to a Baskin-Robbins, order ice cream for all, then uniformly bringing it back for a refund and announcing that they were “taking back sundaes”! Wouldn’t that be great? And in the case of OneRepublic—whose fine new album, bedecked with wonderful animal portraits on its cover, is seen here—I similarly felt that sending them over to Asia, where they might do a special performance on the border of North and South Korea, and announce that they were doing it because they were OneRepublic, would be, well, heck, kind of cool! That probably won’t happen, either! I guess I’ll just satisfy myself with “their high-powered rock-pop hybrid with elements of electronic music, gospel, blues, and folk” and maybe go buy a Slurpee! 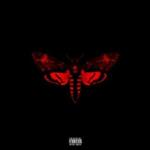 Lil Wayne: I Am Not A Human Being II (Ca$h Money) Few would deny that Lil Wayne’s startling new album may be among history’s most eventful: Never before has a renowned pop star acknowledged that his origins were, in fact, extraterrestrial, and done so via a format by which he might financially gain! Cool! With the inevitable promotional push now behind him—an overstated health threat, oddly coinciding with this album’s release—he can now proudly sit back and allow all of us to luxuriate in the sonic glory of such masterful tuneage as “Rich As F**k,” “Beat The Sh*t,” and “Bitches Love Me,” and perhaps ponder our meager worth as humans in the face of such interstellar greatness! I understand women’s mixed-eyelet dresses are on sale this week at Old Navy! 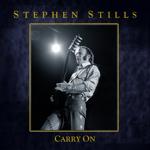 Stephen Stills: Carry On (Rhino) As boxed sets go, a substantial collection of Stephen Stills’ best work—here spread over 4 CDs—is no small thing. From his earliest days in Buffalo Springfield, through his best-known works with Crosby, Stills & Nash, and his intermittent solo career onward, he’s amassed one of the finest catalogs in rock. All of it is here, and that’s good. Between his masterful guitar chops, his soulful singing—especially in his early days—and his skilled songwriting, never so evident as in the Springfield and the early days of CS&N, he deserves every accolade he’s received and more. But to have it all in one place does raise some large questions, not just about Stills but artists in general: Why is it that, inevitably, that the raw genius that pervades some people’s earliest and best work—in Stills’ case, the masterful arrangements of the Springfield’s “Rock N Roll Woman” and “Go And Say Goodbye” and the whole of the first CS&N album—often dissipates as a full-on career sets in? Is it years of touring? Is it an overall lack of hunger? The result of surrounding yourself with an endless string of yes men? No easy answers, for sure, but still: about half of this collection—close to 50 songs—is as good as what we now perceive rock ‘n’ roll to be ever got—and for that, Stills deserves nothing less than our complete gratitude. Recommended. 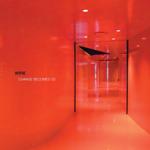 Wire: Change Becomes Us (Pinkflag) One of the very best and still underrated bands to emerge from the UK decades ago was Wire—who, whether defined as punk, post-punk, or even prog, were never adequately described by words alone. Officially their 13thalbum since their historic Pink Flag of 1977, Change Becomes Us deliberately looks backward, reshaping older material that never officially surfaced and featuring a new guitarist to replace stalwart Bruce Gilbert. In many places it evokes 154, perhaps the band’s best album—naturally, perhaps, due to the age of the material—but the sonics, and the overall feel, very much evoke the second decade of the 21st century. Astute, mature and compelling stuff from a cerebral band that actually rocks: one day they’ll grow up! 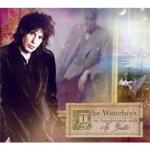 The Waterboys: An Appointment With Mr. Yeats (Proper) An exceptional set from Mr. Mike Scott, of the long-lived Waterboys, who may have slightly faded from American view over the past decade but—as this album attests—never dropped a smidgen of their artfulness. An album suite essentially putting music to the words of poet W.B. Yeats, Appointment is most notable for not sounding like an unseemly and contrived hybrid, but instead a full and well-crafted album that fits nicely within the band’s distinguished output. Along with longtime Waterboys fiddler Steve Wickham and an equally compelling musical cast, vocalist Scott sounds at his absolute peak as a vocalist—captivating and emotional—and has created a bold, adventurous work with more musical hooks than you might expect. 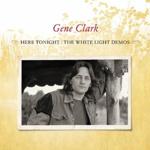 Gene Clark: Here Tonight: The White Light Demos (Omnivore) The enormously talented and now departed Gene Clark, known for his early work with the Byrds, the Gosdin Brothers and Dillard & Clark and a fine batch of solo albums, unexpectedly returns with a set of songs that would later be polished up and surface as much of his 1971 self-titled solo album. Here, and there, they’re absolutely fine, solid stuff that showcases his writing talent and are without exception warmly performed. An underrated performer whose commercial success never matched his raw ability, Clark left a regrettably small catalog behind him, and this very welcome set features some of his finest solo material. Seek it out. 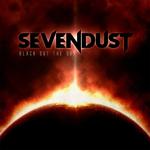 Sevendust: Black Out The Sun (7Bros) Sevendust “don’t stray from the bruising hallmarks of their patented style, but they also don’t stick to a script either,” says their bio, and I couldn’t agree more! From mirrors to kitchen tables to flat TV screens, Sevendust beats Lemon Pledge, Endust and Clorox cold! As an added bonus? They rock!