Iceland Airwaves was an idea more than a festival in its first year. The inaugural event, held in October 1999, was a modest one-night bill presented in an airplane hangar at Reykjavík Airport. The headliners were an electro-dance collective with a strong U.K. buzz, GusGus, and a trio of young alt-rock alchemists, Sigur Rós, whose extraordinary second album, Ágaetis byrjun (“A Good Beginning”), was an immediate hit in Iceland but not yet out anywhere else. A more official launch in 2000 — as Iceland Airwaves — was more ambitious and worldly with both acts featured on a multi-night menu including the Flaming Lips and the British band Suede.

Iceland Airwaves 2018, which opens in Reykjavík on November 7th, marks the festival’s 20th anniversary (if you count from that airport fandango) and a remarkable longevity through unique tumult, including the country’s seesaw economy and a sequence of owner-promoters. Last February, the Icelandic concert production firm Sena Live purchased the festival from the founding sponsor, Icelandair, which continues to provide sponsorship, promotion and travel packages.

Another twist, on this birthday landmark, is in focus. After several years of marquee shows and closing-night extravaganzas featuring international acts such as Kraftwerk, Mumford & Sons, PJ Harvey, Fleet Foxes and the returning Lips, the biggest names coming through Customs — among the more than 240 acts appearing in almost a dozen venues — include the highly touted British fuzz-pop quartet Sorry and the Strokes’ Julian Casablancas with his group the Voidz. The traditional Icelandic dominance, in turn, is even more intense and intriguing, to a degree that recalls Airwaves’ first years.

In one case, that is literally true. This year, on opening night, the Icelandic bands Toy Machine, Carpet and Dead Sea Apple celebrate Airwaves’ 20th anniversary by recreating a bill they shared in the spring of 1999 — the show in Akureyri, on Iceland’s north coast — where the original organizers came up with the idea that became the airplane-hangar gig, then Airwaves. It will feel as if nothing — and everything — has changed.

GlerAkur, Idno, 10 p.m.
When I first saw this seven-piece throb-and-drone ensemble at Airwaves in 2016, I described them as “Metallica covering the live half of Pink Floyd’s 1969 album Ummagumma.” GlerAkur (“Glass Field”) are actually closer to a pair of Metallicas — with four guitarists and two drummers — and the art-film-soundtrack Floyd of More and Obscured by Clouds. Guitarist-composer Elvar Geir Saevarsson — a sound designer for the National Theater of Iceland — founded the group to perform his brooding, titanic score for a company production. The band, which was only playing its second Icelandic gig when I caught that 2016 set, is now a running drama in itself and one of Airwaves’ new cornerstones.

Reykjavíkurdaetur, Gamla Bío, 11 p.m.
Current events and outrage have caught up with this Icelandic army of hip-hop women, apparently down to a #MeTen from the baker’s dozen I saw at Airwaves in 2015. The lyrics, at that point, were almost entirely in Icelandic. But I was assured by a local friend that there was plenty of articulate wordplay and politics in the raps and exuberant vocal exchanges. Three years on, the group is crossing water and borders; it was recently nominated for a Music Moves Europe Talent Award, a music prize created by the European Commission — proof that the E.U. is good for something.

Between Mountains, Gamla Bío, 7:30 p.m.
This teenage-female duo from the Westfjords — singers and multi-instrumentalists Katla Vigdis and Ásros Helga — was one of the last things I saw at Airwaves in 2017, in the tight squeeze of the upstairs bar at Gaukurinn. It was also one of the best. Between Mountains are at once delicately winsome and impressively confident in their conjuring of the Cocteau Twins’ dream pop with arctic whispers of the spaced-psych Byrds. Vigdis and Helga are clearly moving up in their scene, too. This year, they perform in a more suitable, theatrical setting, the former home of the Icelandic Opera. 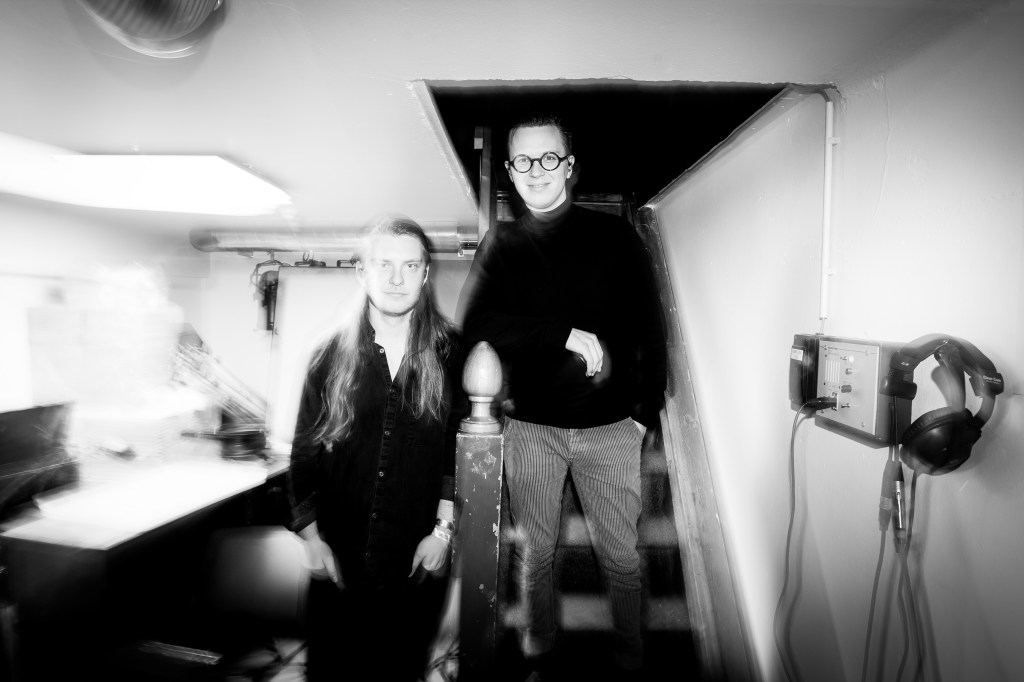 Hugar, The National Theater of Iceland, 9:30 p.m.
Bergur Pórisson and Petúr Jónsson founded this atmospheric-instrumental project in 2013, building on their work credentials with Björk, Sigur Rós and the pianist-composer Ólafur Arnalds. The duo’s self-titled 2014 debut album is in that lineage, a quietly unfolding post-rock impressionism with an assuring melodic spell — the latter surely a factor in Hugar’s new multi-album deal with Sony Masterworks. The venue for this highly anticipated Airwaves appearance — on a bill with Arnalds — will suit the air of celebration and the music’s meditative gravitas.

Trupa Trupa, Bryggjan Brugghús, 12:20 a.m.
This avant-rock band from Gdansk, Poland is ready for its own major-label moment, based on the exciting union of experimental vigor and garage-rock fundamentals — like a Radiohead raised on a bi-polar diet of Nuggets and the German band Faust — on their two albums (2015’s Headache, 2016’s Jolly New Songs) and in the set I saw at SXSW last year. Credit where it’s due: Trupa Trupa were heartily recommended to me at last year’s Airwaves by Jim McGuinn, the program director at Minnesota Public Radio’s “The Current.” Take his advice as I did.

Kjartan Holm, Bryggjan Brugghús, 7:40 p.m.
This may be as close to a Sigur Rós gig as I get at this year’s Airwaves. Holm, the brother of that band’s bassist Georg Holm, has been a touring member of the group. He was also a founding guitarist of For a Minor Reflection, a local post-rock phenomenon in their own right and a highlight of several Airwaves for me. (Their CD/DVD set, Live at Iceland Airwaves, was recorded and filmed at a nuclear-jangle show I saw in 2012.) More recently, Holm has written music for theater works and dance companies, and he was part of the ad-hoc band — including members of Sigur Rós and the Icelandic composer Hilmar Órn Hilmarsson — that recorded Circe, a soundtrack to a BBC documentary on circus life. Holm also has a debut solo album on the way; it is likely to be featured on this night.

Sólstafir, The National Theater of Iceland, 8 p.m.
Founded in 1995 and as internationally renowned in metallurgic circles as Björk and Sigur Rós are in modern pop and alternative rock, Sólstafir have advanced across a thundering discography — including the epic 2011 double CD Svartir sandar and the brooding, medieval aura of 2014’s Ótta — to a stark, compelling fusion of progressive-rock maneuvers and psych-folk witchcraft, soaked in seas of Black Sabbath–style distortion. Their Airwaves sets are never long enough — this is a festival that mostly runs on time — but Sólstafir pack a lot of heavy in every minute. 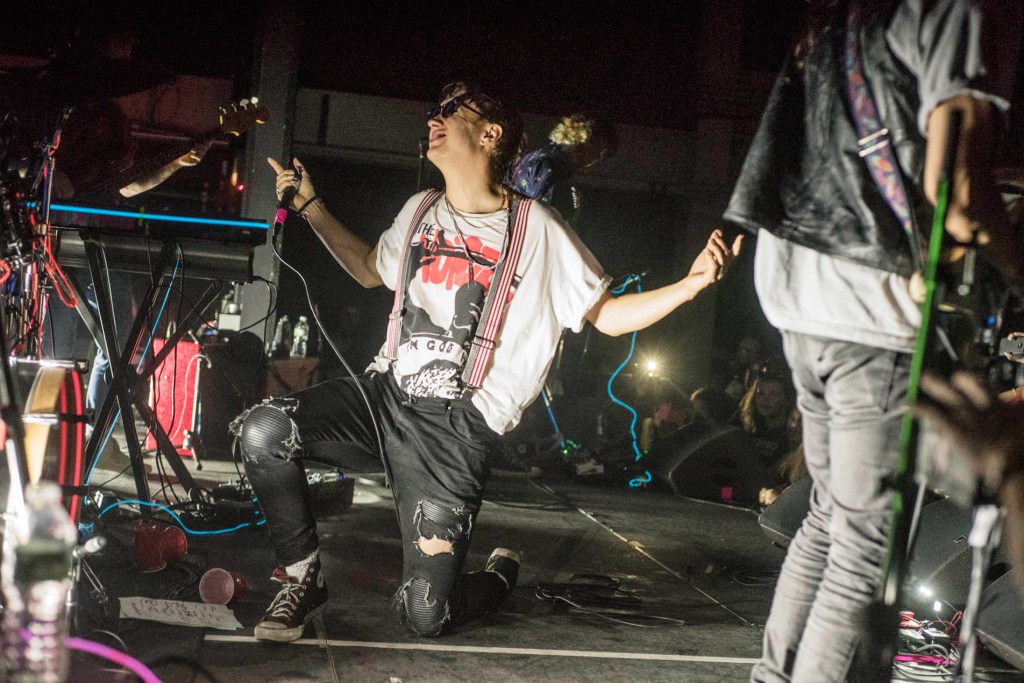 Julian Casablancas and the Voidz perform in Brooklyn in 2018. Photo credit: Sacha Lecca

The Voidz, Gamla Bío, 11 p.m.
This is about as big as international star time gets this year at Airwaves: singer Julian Casablancas of the Strokes, in side-project camo with the Voidz. Actually, this is a homecoming of sorts; Casablancas first played in Reykjavík with the Strokes in April 2002. The Voidz’ second album, Virtue, issued last spring, is recognizably descended from Casablancas’ early direction of the Strokes — jubilantly twisted writing, taut execution — with thicker textures and more synth games. But the locals should especially dig the dark, noisy charge of “We’re Where We Were”; it sounds a lot like Eighties Icelandic punk.

Júniús Meyvant, Gamla Bío, 10:40 p.m.
This singer-songwriter (born Unnar Gisli Sigurmundsson) from the striking isolation of the Westman Islands, off the south coast of Iceland, makes appropriately moody folk-pop with gently plush arrangements and a hint of acid-freak enigma. The critical acclaim in Iceland has been non-stop: a 2014 single, “Color Decay,” won Best Single and Newcomer of the Year at the Icelandic Music Awards; Meyvant’s debut album Floating Harmonies, released in 2016, took the Best Pop Album honor. Meyvant, who takes his time writing and recording, will release his second LP, Across the Borders, in early 2019 with an emphasis on international breakthrough. This show — and a guaranteed, rapturous crowd — will be part of the sendoff. 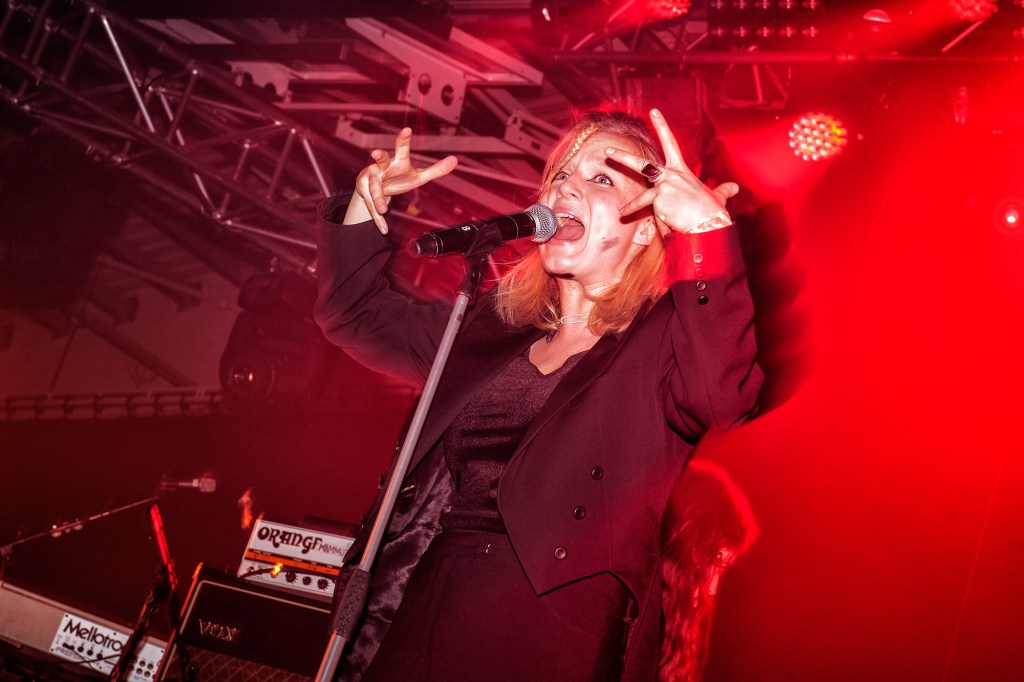 Mammút, Idno, 11:40 p.m.
This band is also playing on Friday at Gaml Bío at 9 p.m. But I may wait for this near-closing-time slot, to go out of this Airvwaves on a certain high. Mammút’s electric sorcery — liquid-treble guitars and ghost-dance pulse; the agitated whisper and neo-operatic prayer of singer Katrína Kata Mogensen — has made them enduring stars in Iceland for more than a decade. But their first English-language album, Kinder Versions (Bella Union), released in 2017, is a new peak in their long run, and the shows I’ve seen over the past three years — at Airwaves and in New York — keep affirming the force of this band’s unique spell. I expect no less again.