Last week was an odd one for music fans: The year’s biggest music fest, Coachella, faded out with something of a whimper, overshadowed by, of all things, the surging popularity of a Daft Punk single and a video by the mildly amusing Psy, now apparently back for his second 15 minutes of fame, and what we have now come to call Record Store Day.

To those of use who once spent significant time behind the counters of various record stores, Record Store Day is a bittersweet event. Finding a record store that actually celebrates it is no easy task. Still, this Saturday I did my duty, drove by my local record store here in Sherman Oaks, California, saw a huge line in front of it, decided to come back a few hours later, and finally managed to pick up a single disc—that Universal reissue of the first American Nick Drake album, originally released via Island/Capitol back in the early ‘70s—for close to $30.

I then dutifully filed it away, feeling good about myself and simultaneously wondering whether I was a sucker, a nostalgic dweeb, or both, and swore to listen to it sometime within the next 12 months. That night I watched Django Unchained—finally out on a rentable DVD—and realized that for me, the film’s absolute highlight was the brief cameo appearance of original Django actor Franco Nero, still unerringly cool in his brief minute onscreen, and yet another example of how our respective pasts color how we still consume entertainment all these years later.

The next morning I took a blood sugar reading and noticed I had a two-inch hair growing out of my forehead that wasn’t there the night before! 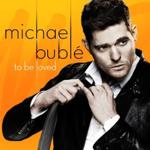 Michael Bublé: To Be Loved (143/Reprise) I find artists like Michael Bublé fascinating: They are skilled, warm performers, deliberately embracing a tradition that was established—certainly in the case of Bublé—long before they were born, contemporizing the “old stuff” in a slick, inarguably appealing manner, and in this case, by engaging a cast including producer Bob Rock and the likes of Reese Witherspoon and the Puppini Sisters, going for a demographic that certainly exists and is in itself quite fascinating. There is not a single thing unpleasant about this record, not a single thing unprofessional or not sublimely played and sung, and for those who respect quality songcraft—“Have I Told You Lately That I Love You,” “Something Stupid” and “To Love Somebody” are here in their multi-generational glory—this is a near-perfect record. That said, I wonder if he could take Josh Groban in a street fight! 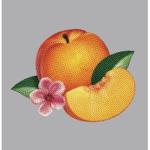 Phoenix: Bankrupt! (Glassnote) As record sales continue to plummet and increasingly popular artists no longer compromise their music to maximize radio play—a very good thing—excellent records like this, the latest by French combo Phoenix, are the result. Highly melodic, tune-filled, not especially dumbed-down, worthy of repeated re-hearings, Bankrupt! is thoroughly good stuff. In a way, artful records like this remind me of that very brief period between 1968 and 1971, before FM radio and mass media took over our culture and allowed our most interesting musicians to experiment or pursue recording purely because they wanted to, not because they were expecting a pot of gold to be awaiting at the end of their respective rainbows. But the flipside of this scenario is—and was even then—whether the songs themselves were worthy of repeated listenings, were hummable after a few moments, had the sort of lifetime hooks that made those early classics so memorable, and I’m not sure I hear much of that here, at least for now. But I’m not averse to listening once more and finding out. 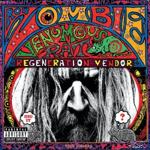 Rob Zombie: Venomous Rat Regeneration Vendor (Zodiac Swan) While this is not a particularly offensive record—as hard-rocking, image-laden discs go, who would argue with an opening track like “Teenage Nosferatu Pussy”?—it is not especially interesting. I think much of that is because “Rob Zombie” is not so much a musician or film auteur than a practicing brand name, and his work seems less the result of sincere musical expression than his sharp grasp of contemporary marketing, and is thus unavoidably insincere at its core. That its most memorable number is a cover of Grand Funk Railroad’s “We’re An American Band” is most illuminating: While the version here is presumably laced with delicious irony, it only illustrates that Mark Farner, Don Brewer & the boys, IQs notwithstanding, had a superior knack for songwriting and never, in their heart of hearts, spoke down to their audience. 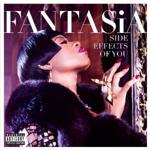 Fantasia: Side Effects Of You (19 Recordings) If I can be candid for a moment: Not only have I never been a fan of American Idol and the freak-show talent circus it has spawned, I view any artist who got their start on said show as being artistically handicapped from the get-go. Fantasia, who presumably is among the best of the now-hundreds of mildly celebrated Idol contestants, is still renowned not for being the best of her ilk—in that show’s particular season—but merely the least offensive, and thus her being the “winner” of the TV contest’s third season is at best a mixed blessing. This, her fourth album, is polished, features guest appearances by Missy Elliott and Kelly Rowland, and allows the singer to showcase a style and sound that is less her own than an approximation of all that is good and great about prior R&B singers who did not have a rabid fan base willing to repeatedly call the Idol phone line and vote them into artificial prominence. Fifteen years ago, she’d be making a very lucrative living singing at Holiday Inns nationwide. Of course, I’d probably be sitting at a table way in back drinking scotches non-stop, so who am I to talk? 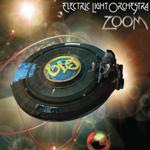 Jeff Lynne/Electric Light Orchestra: Armchair Theatre/Electric Light Orchestra Live/Zoom (all Frontiers) The time may be right to re-connect with the great work done by ELO’s Jeff Lynne after his band’s commercial breakout. No one would deny the fabulousness of his work with the Idle Race, latter-day Move, or the brilliant first ELO album, but since then—from the commercial success of “Roll Over Beethoven” from ELO II and the massive hits that followed ever onward—it seems that his brilliance as a pop craftsman has been strangely overlooked, or taken for granted, by those who viewed him as a hit-generator and little more. And while we could discuss his work with Traveling Wilburys, Tom Petty, or his involvement with the Beatles’ “Free As A Bird” track, let’s not overlook what he’s released under his own name. These three discs—the solo Armchair Theatre from 1990, and ELO’s Live and Zoom from 2001—are fine examples of Lynne’s latter-day magic, and here appear with bonus tracks or, in the case of Live, for the first time ever, and could not sound more polished, fully-formed or hook-filled. Substantial, tuneful, and a fine example of one of pop music’s best performers at his peak, the albums are a welcome reminder that good taste is timeless and, as songwriters go, Jeff Lynne has rarely missed. 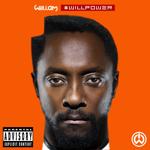 Will.i.am.: #willpower (Interscope) While it is the height of writer laziness to quote bio excerpts rather than to express fresh opinions, bear with me here. “Will.i.am is the recipient of seven Grammy Awards, eight American Music Awards, a Billboard Music Award, a Teen Choice Award, two Video Music Awards and three World Music awards (all with the Black Eyed Peas),” notes his bio. “#Willpower includes the single ‘Scream & Shout’, which features Britney Spears, Hit Boy, Waka Flocka Flame, Lil Wayne and Diddy.” OK—great. So why is it that I have absolutely no idea what this guy actually does, probably wouldn’t associate any of this music with him if I heard it cold for the first time, and tend to think of him as being the guy associated with that horrendous track “My Humps,” which, even as I type it, embarrasses me? Maybe because this is where music went off the deep-end, people started using hashtags as album titles and everyone became a cartoon character! #Likehashtagsandhorrendouslydatedpuctuation?CheckMeOutOnMySpace! 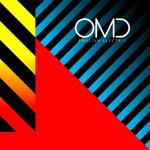 OMD: English Electric (BMG Rights Management) Have to give a full-on thumbs up to this latest effort by Britain’s OMD, or Orchestral Manoeuvres In The Dark, as some call them, for this zesty new album, which recalls them in their ‘80s prime, circa Dazzle Ships and Junk Culture, yet still sounds oddly like a futuristic restating of the digested works of Stackridge and Robin Gibb or, of course, MGMT. Currently on the road in the States, touring with Diamond Rings and sounding better than ever, OMD are strangely regal, royal and beguiling in their command of pop. They, and this fine new album, deserve much respect. 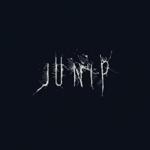 Junip: Junip (Mute) The second album from Swedes José González, Elias Araya and Tobias Winterkorn, Junip continues to flush out the fine solo work of González in comparatively lush form, taking his early solo Nick Drake-ish approach and sprucing it up to, say, 21st century Tir Na Nog levels. Substantial songs, accessible and thoughtful, compellingly presented and occasionally surprisingly commercial, and exactly the sort of thing that could sell oodles of records were parts of it tastefully doled out to movie and television soundtracks, which is not outside the realms of possibility. Recommended.

Amplifier: Echo Street (Kscope) From Manchester, England and playing, according to Wikipedia, a blend of progressive, alternative and space rock—and who doesn’t love space rock?—Amplifier are now a four-piece band signed to the Kscope label, who currently release the works of Porcupine Tree and Steven Wilson and are classy in packaging, production, and sheer musicality. Good stuff that does not evoke past eras—always a failing in contemporary bands that bear the dreaded “prog” label—Echo Street is intricate, well-played and well-sung, and the sort of album that is likely to be picked up randomly in 15 years time and labeled a “lost classic.” But it’s quite good, it’s out now, and perhaps won’t be lost if enough people actually hear it. 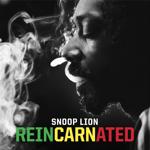 Snoop Lion: Reincarnated (RCA) A great listen, completely believable, great fun, and proof that all of us—by the grace of Jah—are now completely and sincerely insane. Closer “Ashtrays And Heartbreaks” featuring Snoop with Miley Cyrus will tear at your very soul!