When the six members of the Maryland progressive-metal band Periphery convened last summer at the home of drummer Matt Halpern, they had only a massive jumble of disconnected songs. When they left that fraught five-hour fireside, they had Juggernaut: Alpha and Juggernaut: Omega, a pair of interconnected concept albums that both debuted earlier this year in the Top 25 of the Billboard 200.

For months before, three members of Periphery — founder Misha Mansoor and guitarists Mark Holcomb and Jake Bowen — had holed up together to write and debate new music. Singer Spencer Sotelo had sequestered himself to write the comic book-like narrative that would tie the songs together. Until they met that day, no one but Soleto knew what the story really entailed, and they used the new information to cut away the compositions that didn’t fit the dramatic arc, whittling a mountain of material into a comparatively slim 17 songs.

“On the way home from the meeting, we were all in our cars, and we listened to the album with this story in mind,” remembers Holcomb. “The lyrics now started to make sense in this big, overarching context.”

Multiple musical themes appear, disappear and reappear across both discs. Moments of jazz, electronica and pop dot a landscape of meticulous melodies and rhythms, turnarounds and sprints. The mix, says Holcomb, reflects the band’s wide-ranging listening habits, from Pantera and Meshuggah to classic hip-hop and Armenian pianist Tigran Hamasyan.

Rolling Stone talked to these musicial omnivores about the 80-minute suite that became an unlikely chart smash.

Periphery have talked publicly about making a rock opera for years. What drove you to do it now?
The idea has always been, at some point in our career, to do this epic, sprawling concept album. It was this intention that we have to put out a concept album with this huge narrative and all these recurring themes — to make a big rock opera. Shortly after [2012’s] Periphery II came out, we started to have these conversations about what we wanted the next release to be. All the signs were pointing to Juggernaut. And fans were even asking us, “Hey, I love Periphery II, great job, but when is Juggernaut coming out?”

Early last year, we were on tour in the Philippines, and we had the night off. We all got together, and we did some rough sketches of the vibes and emotions and energies we were looking for from the album. We all said the same things: dark, cinematic, brooding. It was basically a reaction to Periphery II, which was very playful and all over the place. We wanted Juggernaut to be a much more serious and daunting listen, maybe not an easy listen. 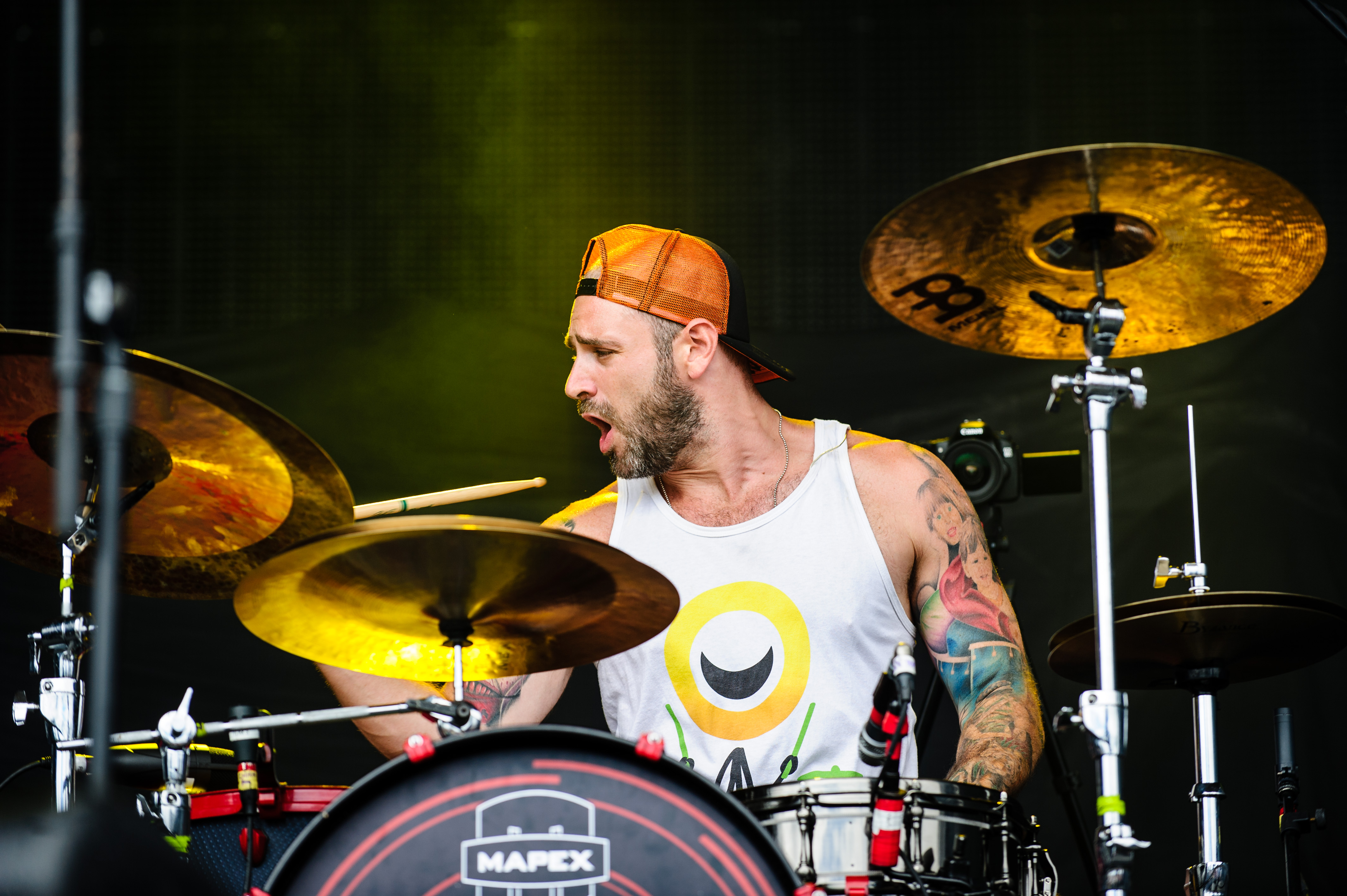 Audiences and album sales have grown for Periphery so much in recent years. Did that enable the band, financially, to take off three months and just focus on writing?
If we tried to do this after the first album, we probably couldn’t have afforded it. But no matter what, we learned so much from Periphery II‘s recording process. We had to go on tour twice during the recording of that album, and it was really detrimental. We ended up rushing and cutting corners. There are things about it that just don’t sit right with me that can be directly attributed to cutting those corners. We wanted to make sure that didn’t happen again, whether we went broke or not or whether our fans got impatient.

You had to take time away from Periphery II to tour with Dream Theater. Was that worth it, in retrospect?
We had told ourselves in the process of recording that there would be no booking tours. We only accepted because it was Dream Theater. We have a list of bands, 10 or 15 names long, that no matter what, we will say yes — no matter the money offer, no matter what time of the year, no matter how busy we are. It was the single biggest learning experience we’ve ever had as a touring professional act. They never sat us down and told us anything. It was just observing — how they conduct themselves with fans, how they conduct themselves with other bands, with crew, with local crew, how they practice every night, how seriously they take their craft, how tough on themselves and their performance every night they are.

What specific lessons did Periphery take from that tour?
At the time, none of us really practiced much before we went onstage. We’d always just goof off and play video games or go wander around whatever city we were in or go have dinner and some beers. One night, I was on the way out to go to a restaurant, and I walked by John Petrucci’s dressing room. He was sitting there with his amp, going through these really mundane sounding scales. I poked my head in and said, “Hey, man, what are you up to?” He said, “I’m just practicing.” I asked if there was anything special going on, and he said, “Yeah, I’m playing a show later.” They all do that, every single night. I remember thinking to myself, “Wow, we go onstage in an hour, and I’m on my way out to go drink a beer and eat dinner. What am I doing?”

They knew thousands of people would be there listening for them, listening to every single thing they’re playing. We all think, “They’re so stupidly talented. How could we ever aim to be that talented?” It’s directly because of the way they prepare themselves. We need to work our asses off.

And has that lesson stuck? Are Periphery practicing more?
We all try to warm up before we go onstage. It helps us have better shows, and when you have better shows, you’re happy with yourself. Our listeners are going to notice our mistakes. People who come to our shows are asking us about our guitars, our string gauges, our amplifiers, our tunings. Not only are they musicians, but they’re music nerds. We have to play every show like it’s a freaking recital. That’s the bed we made for ourselves. I had hoped to get up there and play three chords and pay only half attention to what we’re doing, but we really can’t anymore. 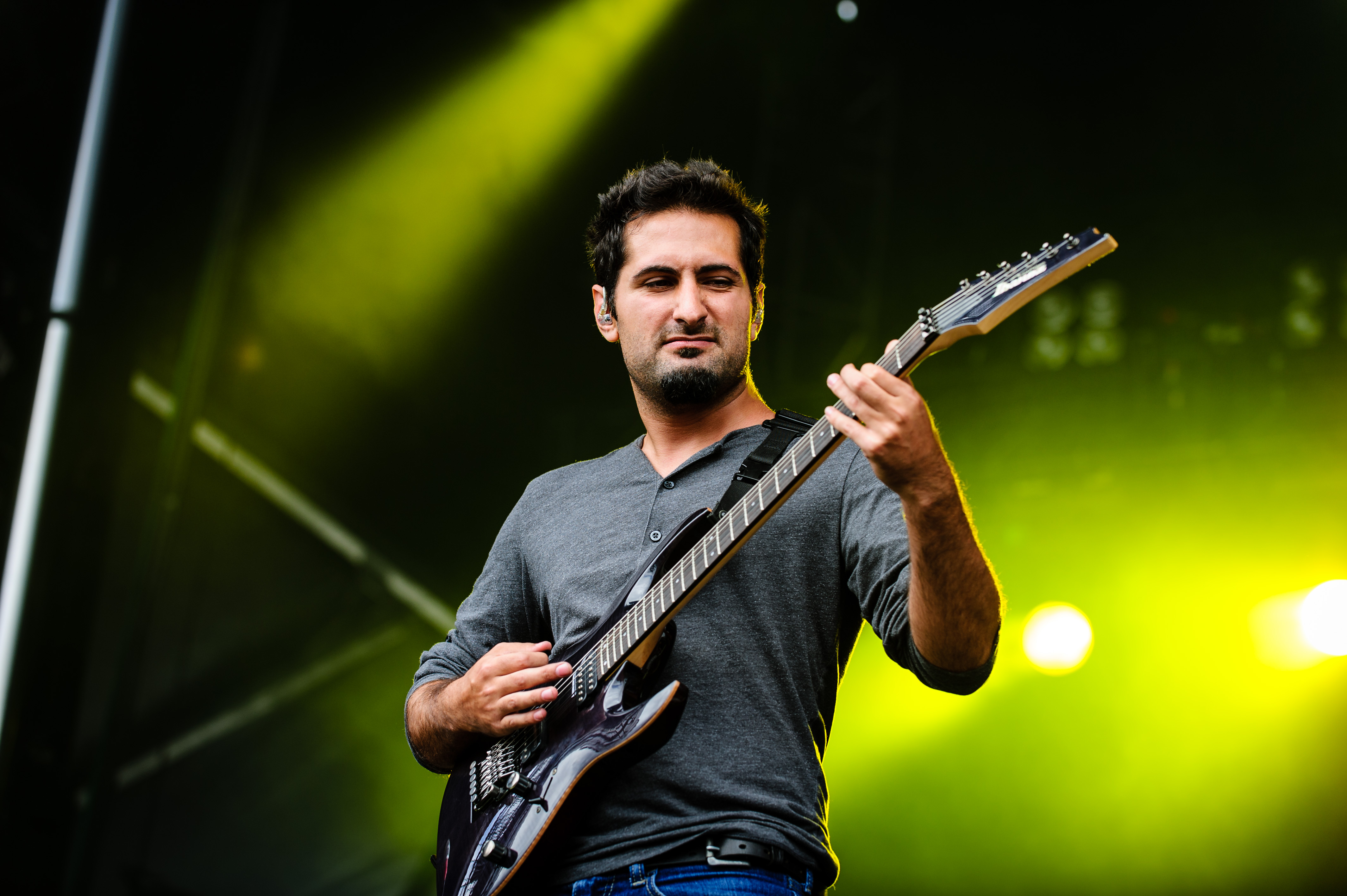 You said your fans were all music nerds, but with two albums in Billboard‘s Top 25, it seems like that crowd is growing and evolving?
It’s evolving a little bit, but at large, it’s still a sea of musicians. We do this VIP meet-and-greet before every one of our shows where we open up a Q&A with the fans. One of the first questions we ask is, “How many of you play an instrument?” Ninety percent of them raise a hand. Every once in a while, I will see girls at our shows, which is always kind of crazy. I’ll think, “Wow, I didn’t know women knew what progressive metal was, much less come out and see us play.”

But is it strange to only make music for musicians? Do you feel like you’re preaching to the converted?
I would not mind seeing that change. Hopefully we do cater to people who have never touched a guitar or a set of drums. That is the goal, but how to go about getting there, I don’t know. We just play the music we like to play. We know that metal and prog listeners are very fickle in nature because they were raised on Dream Theater and Megadeth and Meshuggah, bands who just riff like crazy. They want to hear the craziest thing possible, the most experimental and progressive songs. Thankfully, we haven’t disappointed them, but it’s a trap if you overthink that stuff and try and one-up yourself or cater to a certain group of people. That’s why people are into our music: It’s genuine, and we write from a place that’s very personal.

How do you refer to Periphery’s music and want it to be categorized at large?
I really prefer the term “progressive metal.” It’s a very apt term for us as a band. When you say “progressive,” it gives you the longest leash in terms of what you’re allowed to get away with in the public eye without people calling you a sell-out or getting up in arms about you putting a jazz section in your music or an electronic section or an acoustic bit. We’re allowed to get away with much more than a technical metal band or a death-metal band.

Given the response to the Juggernaut records, how concerned are you with playing material this daunting and conceptual every night?
We’re not playing all of it live. That was an idea that occurred to us, but before we entertain the idea of playing either or both of these albums live, I’d like to see what the legacy of these albums are — how it’s treated now and in the future. If people find it to be a release that’s head-and-shoulders above the others, let’s look at that. But if people look at it as another Periphery release, I don’t want to make them sit through two hours of music they find so-so. Let’s give it some time and see if people ask for Juggernaut.