It’s too bad Notorious B.I.G. isn’t alive to watch the web series “The Smalls Family” that is based on lyrics from his songs.

In March, Catalano, an assistant director with an extensive list of credits in music videos, film and television, debuted the first three episodes of “The Smalls Family,” “Warning,” “Big Poppa” and “Going Back To Cali.” 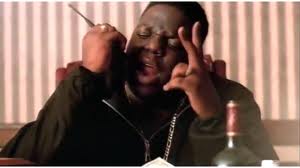 The comedic shorts interpret Biggie’s story lines from the perspective of a white suburban family.

Catalano, who has worked on “Men In Black 3,” “The Smurfs” and “Law & Order: Criminal Intent,” said learning the “The Smalls Family” script was more difficult for the actors than a regular feature.

“Yes, it took some rehearsals,” Catalano told Hip Hop Media Training. “Biggie has a cool language and a unique way of how he translates his emotions, his stories in such a unique way that you really have to [listen].”

Catalano, who has been a filmmaker for 15 years, financed the project by using his own equipment and calling in favors from his friends. The first three episodes were shot in seven hours in New Jersey. 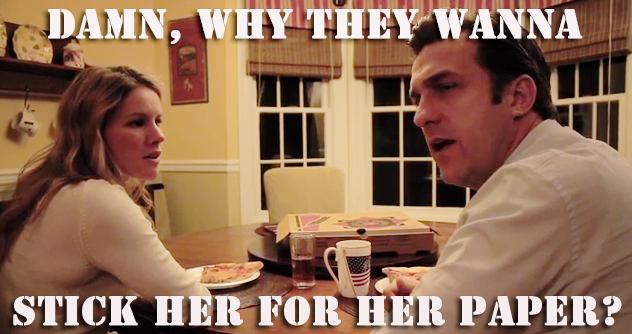 After he produced the episodes, he uploaded them to his Funny or Die page and has received more than 500,000 views.

Though he has not received any feedback from Biggie’s estate or music industry family – Diddy, Lil Kim, Junior M.A.F.I.A. – he admits he was nervous about embarking on the project.

“I wondered if I could pull this off and get together a bunch of my filmmaker friends and execute this in the right way,” he said.

The diehard Biggie fan was inspired to produce this tribute because the Brooklyn icon is one of his favorite artists who represents an era of hip hop that coincides with an influential time in his life.

He conceived the concept by accident during one of his normal pastimes reciting random Biggie lyrics. “One day, I just sorta cut myself off and said, ‘Wow, I sound kinda corny when I say these rhymes’,” he said.

He has already written two more Biggie scripts and also wants to chronicle other artists.