Rest in peace, Ziggy Stardust – long live Aladdin Sane. Just a year after seducing the world with the saga of Ziggy, Bowie killed him off to invent a new glam character – a much darker one, with a new hairstyle and a lightning bolt painted over his face. “There was a point in ’73 where I knew it was all over,” Bowie said. “I didn’t want to be trapped in this Ziggy character all my life. And I guess what I was doing on Aladdin Sane, I was trying to move into the next area – but using a rather pale imitation of Ziggy as a secondary device. In my mind, it was Ziggy Goes to Washington: Ziggy under the influence of America.”

A sinister influence, to be sure. Aladdin Sane is a harder, nastier, gaudier album than Ziggy Stardust, written on the road and immersed in the decadence and sleaze of American culture. Each song on the LP is listed with the place that supposedly inspired it: “Watch That Man” in New York, “Drive-In Saturday” in Seattle and Phoenix, “Cracked Actor” in L.A., “Lady Grinning Soul” back in London. But everywhere he goes, he sees cheap sex and cheaper drugs. Now that he’d hustled his way into the American limelight, he wasn’t sure he liked it.

“Cracked Actor” sets the tone – instead of a starry-eyed thespian, this actor is a washed-up Hollywood star, picking up a young junkie hooker on the corner of Sunset and Vine. Just after realizing his fantasies of stardom, Bowie was already picturing himself wilted and faded somewhere in Hollywood. Yet with Mick Ronson’s guitar crashing away and that honking harmonica, it’s also a prime glam-rock raunchfest. On his 1974 tour – as documented in the BBC film Cracked Actor – Bowie did this song as a caped Hamlet, singing it to a human skull, which he then proceeded to kiss passionately. 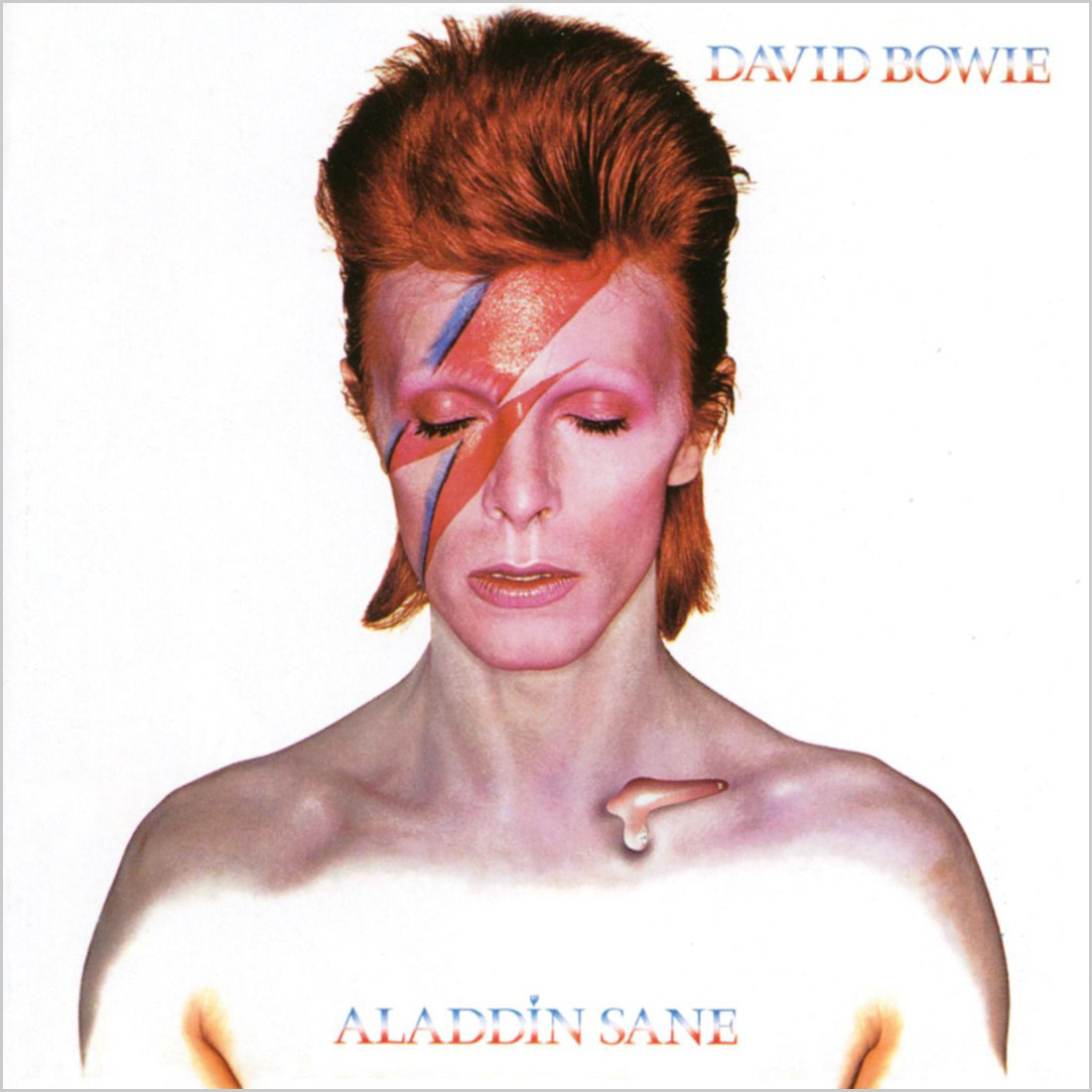 Bowie wrote the songs amid the frenzy of touring, with the working title Love Aladdin Vein. (In that same crazed year, he produced Lou Reed’s Transformer and mixed the Stooges’ Raw Power.) The music expanded as avant-jazz pianist Mike Garson joined the Spiders From Mars. (A Scientologist, Garson spent the tour trying to convert the boys in the band, adding to the general chaos.) Ronson goes for his filthiest and flashiest guitar heroics in “Panic in Detroit,” “The Jean Genie” and “Watch That Man” – the hardest rock of Bowie’s life – while Garson’s piano carries drama-queen ballads like “Lady Grinning Soul.”

Compared to Aladdin Sane, the Bowie of Ziggy Stardust sounds downright innocent and idealistic – a hippie, really. Yet there are also tender moments like “Drive-In Saturday” – a wildly funny doo-wop ballad set in a future dystopia after a nuclear apocalypse, where humans have forgotten how to have sex, so they try to learn by watching ancient videos of Mick Jagger. Bowie took the Jagger tribute further by throwing in a cover of the Stones’ “Let’s Spend the Night Together,” changing the line “My tongue’s getting tied” to “My tongue’s getting tired.”

Aladdin Sane was released in April 1973, three months before he famously killed off Ziggy Stardust onstage in London. As far as the rock & roll big time was concerned, Bowie had just arrived. But with Aladdin Sane, he was already restless to move on to parts unknown.