Jerry Seinfeld, the actor, is actually even cooler than the namesake of his popular, long-running sitcom.

This week, the Emmy Award-winning comedian makes his hip-hop debut, appearing on a skit on Wale’s The Gifted that is expected to land in the top 10 on the pop charts next week.

On the outtake recorded in April, Seinfeld arrives to Wale’s recording studio to collaborate on a song. But Wale isn’t prepared. A perplexed Seinfeld seems genuinely disappointed. 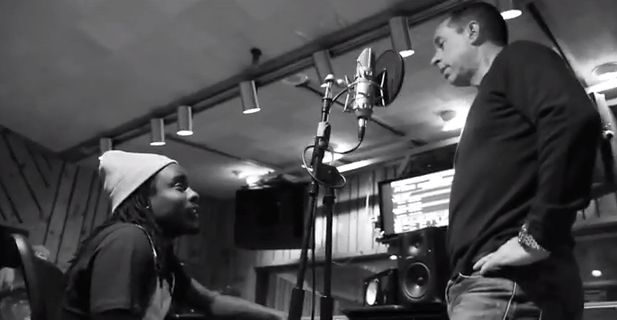 “I thought we were doing the album today. How come, what happened? … The album about nothing, when are we doing that?” Seinfeld asks on the skit.

“I just wanted to see if I could get you here,” Wale replies.

The Album About Nothing is a reference to the rapper’s 2008 mixape.

Inspired by the Seinfeld sitcom, the mixtape cover features a graphic of Wale’s name designed like the show logo and a cropped publicity photo of the cast. Wale created a funky, hip-hop remix of the Seinfeld theme for his intro, “The Opening Title Sequence.”

Someone showed Seinfeld the mixtape and he liked it. “I thought that was interesting and funny,” Seinfeld told the Washington Post. “There’s no better feeling [than] to reach across cultural lines and connect with somebody …”

Seinfeld invited Wale to hangout backstage after a concert in Philadelphia, and they instantly got along and planned to work together. 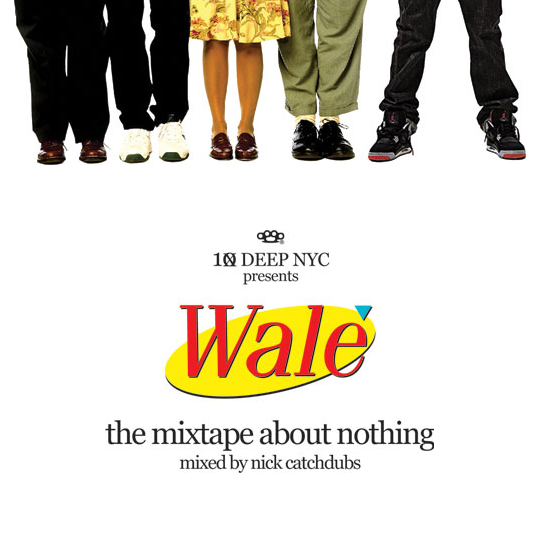 Seinfeld isn’t a big hip-hop fan, but says his wife and children listen to a lot of rap music. He told the Post that he was surprised by his wife’s reaction to the news that he would be working with Wale:

“When I told my wife, ‘I’ve decided I’m going to do this session with this guy, this young hip-hop guy.’ She says, ‘Oh, that’s great.’ I said, ‘I don’t know how popular he is or not, but I just like him.’ And she says, ‘Who is it?’ And I go, ‘His name is Wale.’ She says, ‘He is my absolute favorite.’ And this is two years into this relationship that I have with him. And I don’t know that that’s what my wife has been listening to. That was pretty wild.”

Wale says he finds his conversations with Seinfeld enlightening. “He’s probably the richest person I know so his perspective on everything is different,” he says. “So I love to hear his insight.”

This is a huge compliment to Seinfeld. Wale is also good friends with mogul Jay-Z. “When you in this rap community, all we know is the max is Jay-Z as far as winning in life, but he’s like on a another level of success outside of music.”