Few things get the wheels of a musician’s Wayback Machine turning than the subject of their first instrument. Whether it was a no-name pawnshop axe, a sweet vintage hand-me-down from an older relative or a top-of-the-line Christmas gift from doting parents, it symbolizes the first step of their long journey to the big leagues.

Ask any baseball fan about their first glove, and you’ll probably trigger a similar rush of nostalgia. Most of us never made it to the majors, or even came close, but back when we were still flush with the obstacle-free optimism of childhood, our first mitt seemed like the keys to the kingdom of baseball, and perhaps – depending on which player’s signature was stamped in the pocket – even defined the kind of player you wanted to become.

While I can’t say I ever had any intention of becoming an all-field/no-hit shortstop, my first glove – a two-tone orange and burgundy Bud Harrelson model that my Mets-fan father ordered for me out of the Sears catalog – was still something I wore with pride as a kid, at least until I realized that it was too small (and too cheaply made) to be of much use in an actual Little League game.

So my own nostalgic glove glow is actually reserved for my second one – a tan Wilson A2140 Bobby Bonds model, purchased with my saved-up allowance when I was 11. I’d researched my mitt options assiduously (or at least as assiduously as a fifth grader could in the pre-Internet age), and determined that I needed a glove with a solid webbing; since I was planning to be a pitcher with at least eight different pitches in my Luis Tiant-sized bag of tricks, it wouldn’t do to let opposing batters catch a glimpse of my grip on the ball through any cutaways. The late Bobby Bonds wasn’t a pitcher, and in the days before he was known as “Barry’s Dad,” he was most famous for being a speedy, free-swinging slugger who’d fallen short of his initial (and unfair) hype as “the next Willie Mays” while playing for the Giants, Yankees and Angels. Still, Bobby was a three-time Gold Glove winner in the outfield, so I figured any glove with his endorsement had to be a good choice.

Unfortunately, my dreams of mound glory faded as soon as I faced my own teammates in a Little League scrimmage, and (shades of Dock Ellis) promptly beaned three of them in a row. Though I was indeed cursed by my first glove to become an all-field/no-hit shortstop, my second glove proved quite useful in the infield, and I wound up wearing it for every inning of baseball and softball I played through high school, not to mention every game of catch I enjoyed with my dad and my friends, and every MLB game I attended into the mid-Eighties. I still have it, in fact; the glove barely fits my hand anymore, and I’ve since upgraded a couple of times to something bigger and “better” – but all it takes is one snap or sniff of its sunbaked leather, and I’m immediately transported back to my own personal Field ofDdreams.

So this week, we ask our esteemed panel of rock & roll seamheads: Do you remember your first glove?

The first glove I ever got was a Sears and Roebuck model, with Ted Williams’ autograph stamped in the pocket. I do not have it anymore. The first play I ever made with this Ted Williams glove, I booted it for an error. Maybe I should have gotten a Ted Williams bat, instead. 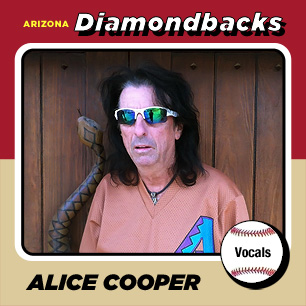 I had an Al Kaline glove, I think it was by Wilson. I wish I still had it!

I had the Dick Stuart signed first baseman’s model. Dick Stuart played for the Pirates and Red Sox (and later on for the Phillies, Mets, Dodgers and Angels). Great power hitter, horrible first baseman – he made 53 errors in his two seasons with the Red Sox. He was known as “Dr. Strangeglove”!

My first baseball glove was a hand-me-down from my oldest brother, Kevin. It was a dark brown Rawlings catcher’s mitt. It was so soft and worked in – the kind of glove that inspired the phrase “she’s like an old catcher’s mitt,” or something like that.

I can’t quite recall the make, but I had a “six-finger” Rocky Colavito signature glove that had my father’s name written on it from his days as a ballplayer. It was really old and beat up and smelled incredible.

I have a Rawlings Fastback Reggie Jackson model that I think was my first glove. That’s the oldest glove in my storage locker.

A Nokona Dick Williams handed down from my uncle (he was only five years older than I was). It’s long gone – no clue where.

The first baseball glove I ever owned was a 1930s buckle-back catcher’s mitt that belonged to my grandfather. It’s this big, huge mitt that it seems impossible that one could ever have caught a ball in because it doesn’t close. Yes I still have it, in an Illinois basement. 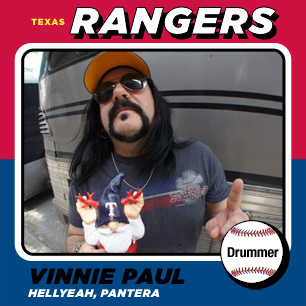 It was a Rawlings fielders’ glove. I oiled it to death and loved the flexibilty of it. It was a cheapie but a great glove, and I never found another one that felt that good after I outgrew it. I wish I still had it, but it was stolen, along with all my other childhood memories, from a warehouse!

Dan Epstein’s book, Big Hair and Plastic Grass: A Funky Ride Through Baseball and America in the Swinging ’70s, is now available in paperback.