UPDATE: Santigold’s new album, 99¢, will be released on January 22nd and is now available for pre-order. See the track list below.

Santigold revealed Wednesday that her third LP will be titled 99¢, and while the singer did not specify when the new album would arrive, she called into Zane Lowe’s Beats 1 show to discuss the album and premiere the first single, “Can’t Get Enough of Myself.” Santigold last released her Master of My Make-Believe in 2012.

Patrik Berger, a producer who previously worked with Robyn, Lana Del Rey and Charli XCX, provided the “joyous” beat to the track. “It’s a really upbeat song,” Santigold told Lowe of the African music- and reggae-influenced track. “On this one, I felt like it was super upbeat and happy, but it also had a weird [beat] … I don’t even know, I don’t even think I figured out what meter the song was in … It ended up being a fun experience, even to write it.”

“The record cover is a picture of me basically in a bag shrink-wrapped with a bunch of items, random clutter from my life. So it’s like me and my life in this bag, shrink-wrapped, and there’s a 99-cent sticker on it,” Santigold said of the album title. “Everything is a product at this point, including people and relationships, and everything’s about marketing products. So, I’m a product. And also, everything is undervalued, so I thought 99 cents is a good price for me and my life and all my hard work.” 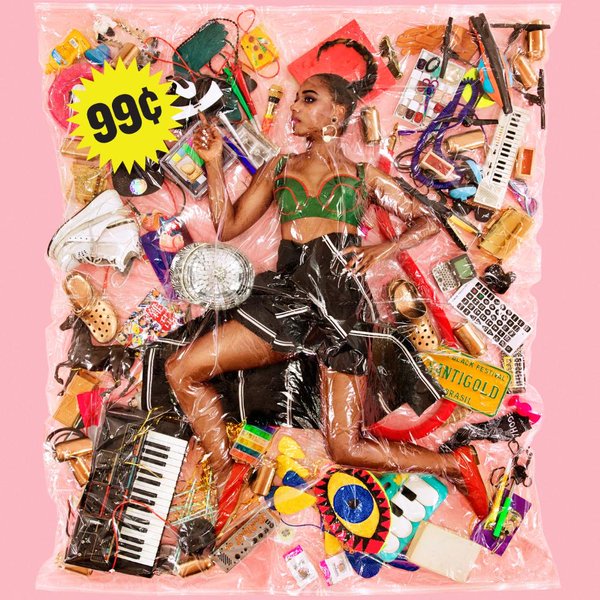 However, Santigold admitted it was unlikely that her label would allow her to sell the LP for 99 cents.