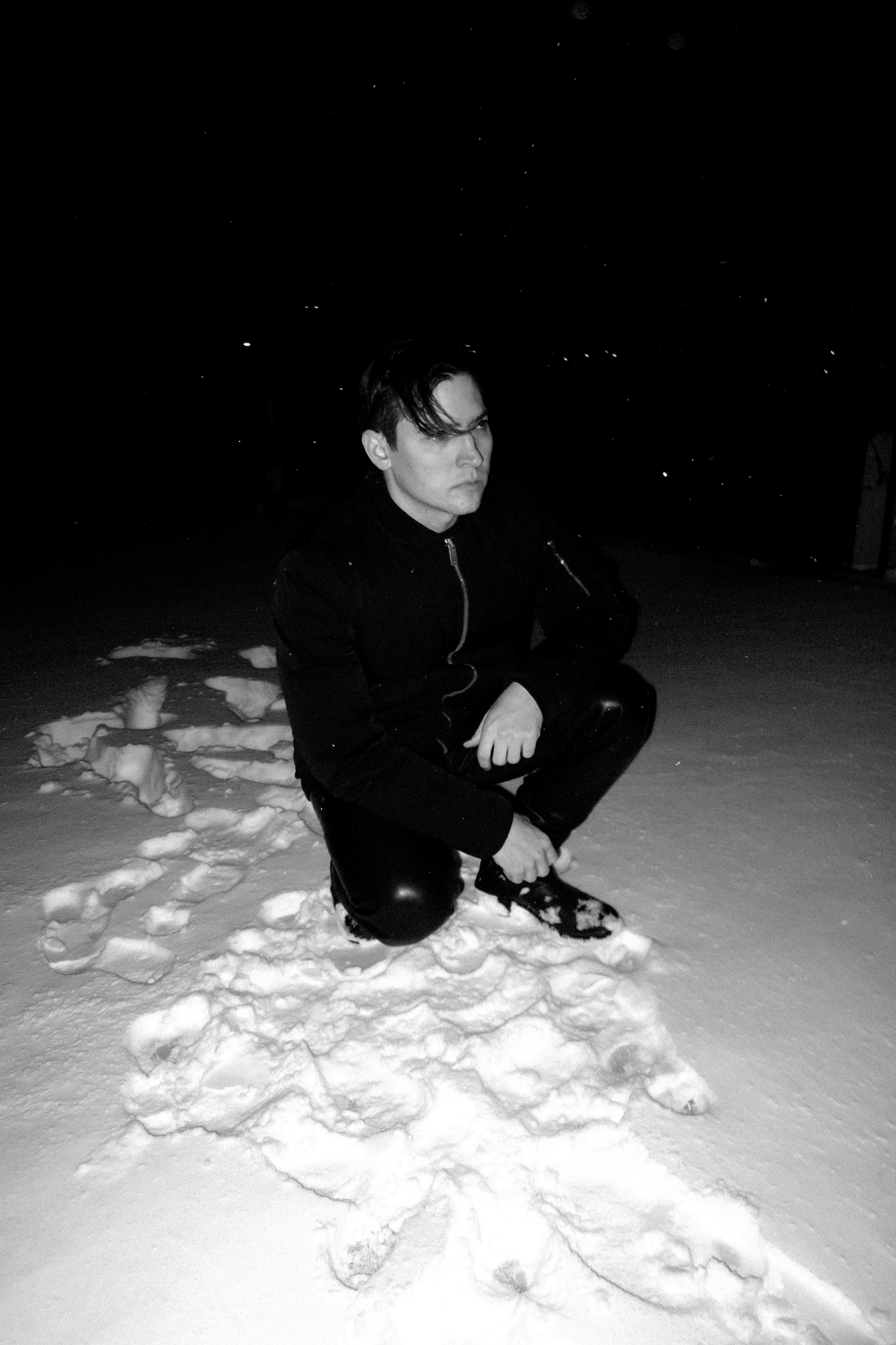 While he’s proud of the epic new double album, Frozen Niagara Falls, from his long-running project Prurient, Dominick Fernow admits that it is, in at least one way, a failure. The NYC noise artist — who recorded the LP over the span of two years — started working on it with the intention of creating a record that was “100 percent acoustically generated.” Instead, he says, the completed album includes “just about every sound from Prurient’s past, both digital and analog, as well as a whole new palette of wind, rocks, wood, cloth, fire, dirt and more.”

According to Fernow, no song on the record exemplifies what he calls the “chaotic and decadent mess” of Frozen Niagara Falls more than “Dragonflies to Sew You Up.” The abrasive industrial stomper, which veers between piston-pumping aggression and swirling ambience, was created in “one of the most unconventional methods of the album,” he says. Three session musicians laid down guitar, drum and electronics tracks, respectively, playing to completely different time signatures and with no idea of what the others were working on, or of the master plan. Fernow then collaged the tracks together into the final dense mechanized churn.

Despite the unusual process behind its creation, the resulting song is actually one of Prurient’s more accessible cuts, which Fernow acknowledges. “In some ways [“Dragonflies to Sew You Up” is Frozen Niagara Falls’s] closest reference to the EBM and rock-like structures of [Prurient albums] Bermuda Drain and Through the Window,” he says, before adding, “while breaking away from the automation of computer music and getting dirty again with the imperfections and rawness of live playing.”

Frozen Niagara Falls will be released on May 12th via Profound Lore Records. In the meantime, you can listen to “Dragonflies to Sew You Up” below.