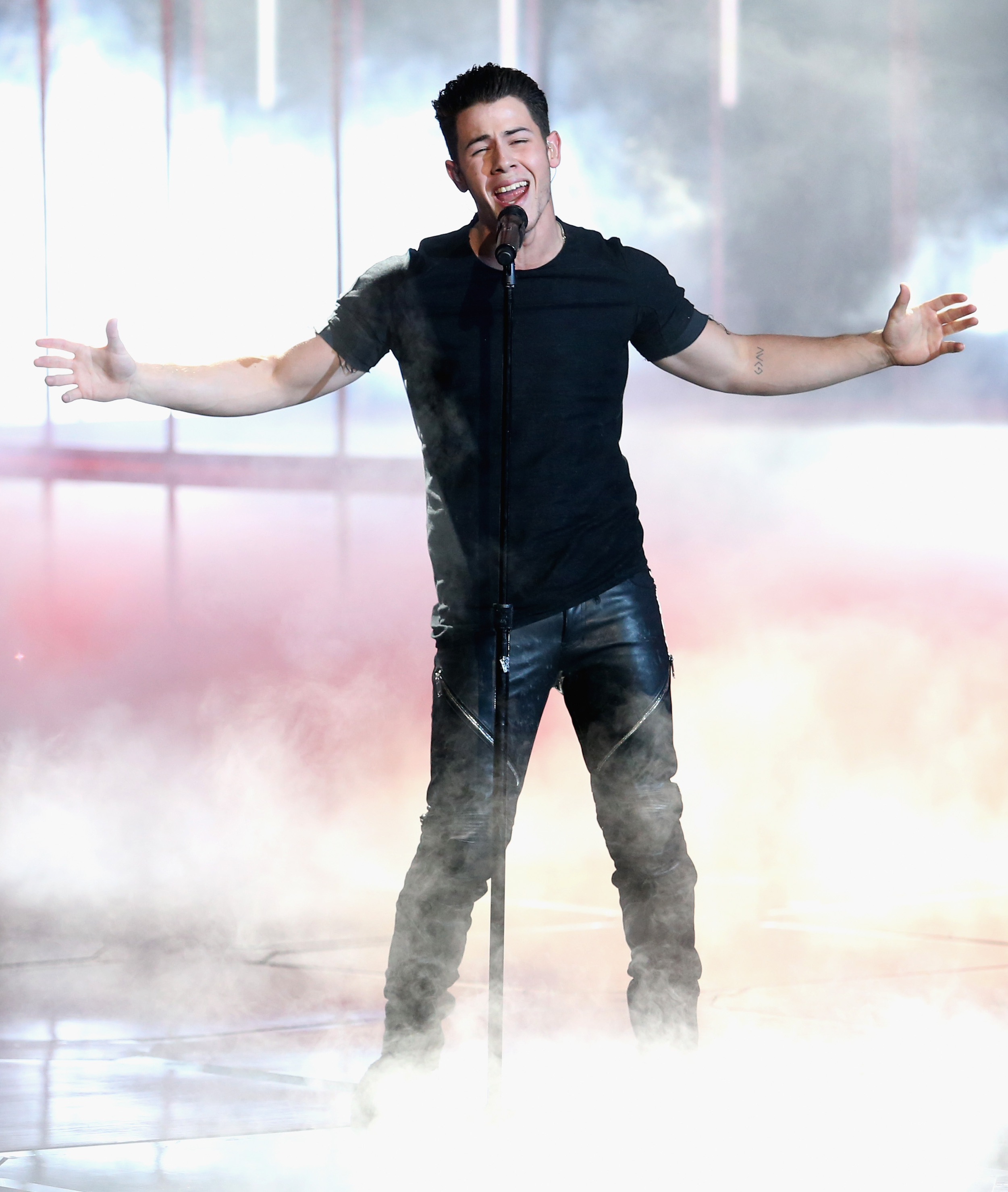 Nick Jonas’ much-anticipated coming-of-age was based around a sound rooted in R&B. Now, he’s taking a crack at dance music. For “Chains,” off his self-titled 2014 album, the actor and singer enlisted producer-DJ Audien to turn the Miguel-influenced track into a club-ready banger. “We were looking for someone to do a remix of the song, and my label had told me that Audien had showed some interest,” says Jonas. Soon after, he heard the song tested on one of the most discerning dance floors imaginable. “We met up actually at a Grammys party, and it was just as he was working on it. I was thrilled to see him spin it that night.”

Jonas had initially been slated to join Iggy Azalea on her since-rescheduled arena tour, but now he’ll spend the majority of the year playing one-offs in between acting gigs. Later in 2015, he’ll be joining Canadian dates of Kelly Clarkson’s tour. Below, hear the “Chains” remix and read the former boy-bander’s advice for Zayn Malik.

Are you a big fan of dance music? Do you have any favorite DJs or producers?
I am a big fan. I had a chance to go do guest DJ’ing out in Vegas last year. From Calvin Harris to Avicii to David Guetta, Diplo, I really love the atmosphere and how the music plays a part in the overall feeling of the night.

Have you considered adding more EDM elements to your own music?
Definitely. I love that moment when you walk into the club and you hear your song playing, so if I could continue to work with some great DJs and make some more dance music with my songs, that would make me really happy.

Bringing it back to some of your original influences, you used to frequently cite Elvis Costello as your idol. As you’ve moved away from rock and towards R&B, is he still someone who influences your songwriting?
Yeah! It’s been a really interesting year, year and a half of being influenced by a lot different things — my classic stuff like Elvis Costello and Stevie Wonder to more modern stuff like the Weekend and Frank Ocean and Jhene Aiko. Kind of that cross between modern alternative R&B and sort of the classic stuff. I’ve been trying to really define my sound.

Given your boy-band history, do you have any advice for Zayn Malik as he exits One Direction?
I think that sometimes you’ve got to make those tougher choices, and I commend him for being honest with himself and doing what’s important for him. I made a similar choice myself and I feel like it was a good decision to make because I sort of fell into my truth as an artist and as a person. That’s all you can hope for. I feel for their fan base, but it’s probably what’s best for him and that’s all that he can think about.

Do you ever look back at that period and cringe about some of your choices? Like, “Oh my God, why did we do that?”
Definitely. [Laughs] I lived my most awkward years in front of the world. With that comes some natural embarrassment from time to time, but it’s all good. You’ve got to have those experiences and you grow and build from there.

Anything specifically?
I mean, really bad outfit choices. I rocked Ed Hardy stuff pretty hard for a little while there. And hair, you know, lots of hair.