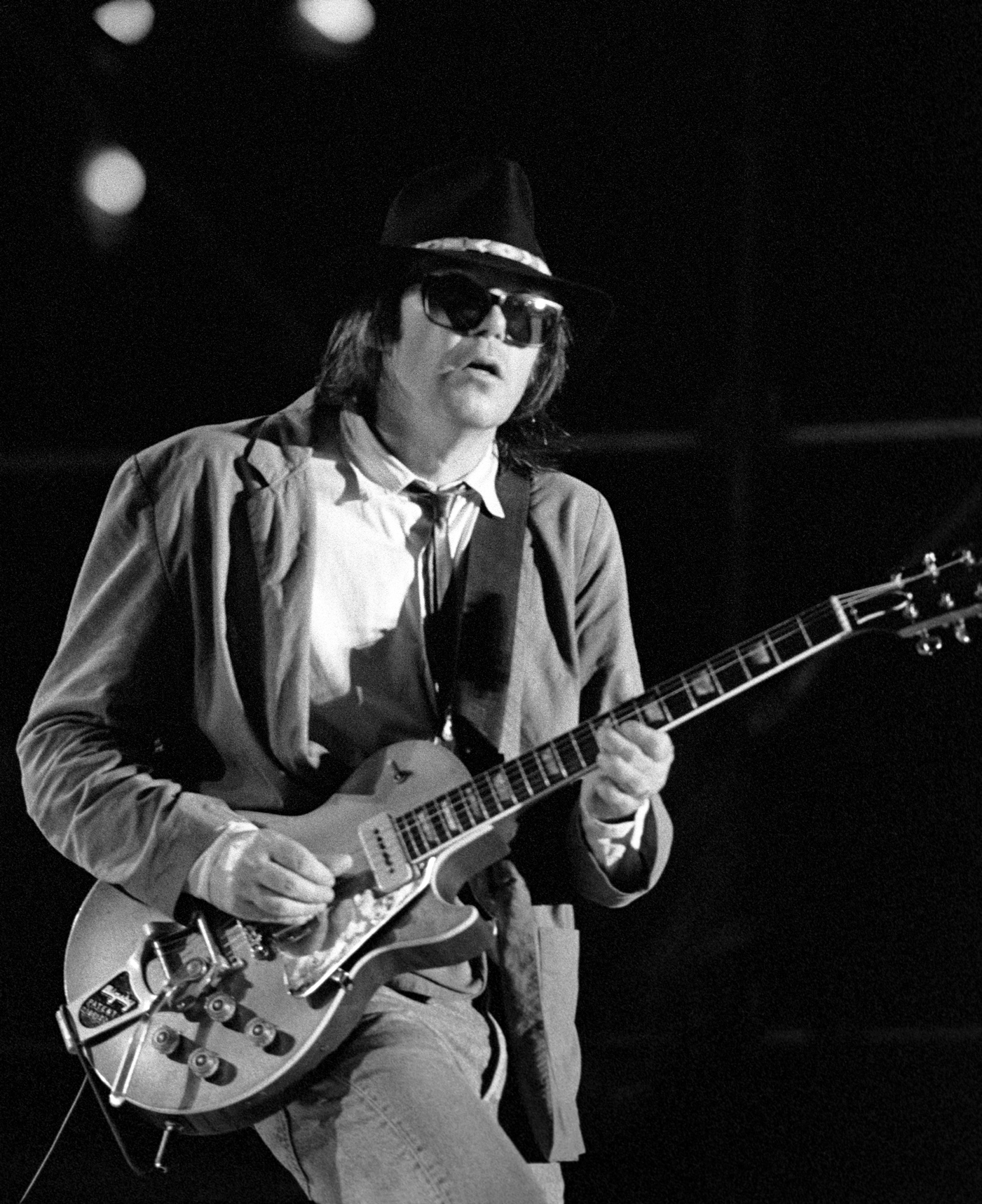 In the fall of 1987, Neil Young launched a California club tour with his new 11-piece blues band, the Bluenotes. But the fans who flocked to intimate venues like Cocoanut Grove in Santa Cruz and the Omni in Oakland hoping to sing along to old favorites were stunned to discover that Young wasn’t going to play a single note of music from his 1970s commercial heyday. Instead, he previewed tracks from his in-progress LP This Note’s for You along with Eighties obscurities like “Don’t Take Your Love Away From Me” and “Soul of a Woman.”

“We’d been on the road for two years,” Young told Rolling Stone at the time. “And I decided that was it. I wasn’t going to play my hits; I didn’t want to play any more coliseums. So we got together the Bluenotes — six horns and Crazy Horse — and we just played these cabarets and clubs.”

The tour resumed the following April, just as This Note’s for You was hitting shelves. The album’s title track was a blistering attack on artists like Michael Jackson and Genesis that had put their music into commercials for beer and soft drinks. “Ain’t singin’ for Pepsi,” he sang. “Ain’t singin’ for Coke/I don’t sing for nobody/Makes me look like a joke.”

The video was a hysterical spoof of commercials at the time, complete with a vicious Spuds MacKenzie and a Michael Jackson impersonator bursting into flames. Citing trademark infringement and fear of lawsuits, MTV refused to air the video. “We’re sending it to the networks and talking with the David Letterman show,” Young said. “But MTV makes the difference; they’re still more rock & roll than General Hospital. They’re supposed to be rebellious, but haven’t got enough guts to show something that’s not middle-of-the-road.” MTV ultimately decided to air the video, and Young had the last laugh when it won Best Video of the Year at the Video Music Awards.

Meanwhile, Young was taking the Bluenotes shows all over America. The sets were still focused largely on the new material, but he was sprinkling in a handful of older songs like “After the Gold Rush,” “On the Way Home” and “Tonight’s the Night.”

The wild tour is chronicled in Bluenote Café (in stores November 13th), the newest release in Young’s ongoing Archive Series. The set blends songs from 11 shows on the 1987–88 tour, and includes seven unreleased tunes — such as “Doghouse,” “Bad News Comes to Town” and “Fool for Your Love” —  along with a 19-minute rendition of “Tonight’s the Night” taped at the Pier in New York City. You can preorder it now, and listen to an exclusive stream of the album right here.