Kurt Cobain – Montage of Heck: The Home Recordings, the companion album to the acclaimed documentary about the Nirvana frontman, will arrive November 13th, and today “Sappy (Early Demo),” one of the tracks from that collection of personal recordings, was officially unveiled. The official site for the Montage of Heck LP launched a cover art jigsaw puzzle, and upon piecing it together, fans were greeted with the embryonic version of the Nirvana song.

This oft-bootlegged version of “Sappy” – although Montage of Heck cleaned up the recording significantly – was among a batch of four-track recordings Cobain made in 1988 while living in Olympia, Washington. This sparse, acoustic take on the track is eerier and more poignant than the catchy song that was ultimately released under the title of “Verse Chorus Verse” for the 1993 No Alternative compilation. (Unlisted on No Alternative, the title was eventually reverted back to “Sappy” to avoid confusion with another then-unreleased Nirvana track titled “Verse Chorus Verse.”)

Nirvana frequently wrestled with “Sappy” before settling on the February 1993 take recorded by producer Steve Albini at Pachyderm Studios. Previous attempts on “Sappy” have been posthumously released, including a January 1990 stab recorded at Seattle’s Reciprocal Recording (Sliver: The Best of the Box) and the band’s Nevermind-era version with producer Butch Vig at Smart Studios (Nevermind‘s 20th anniversary deluxe edition). 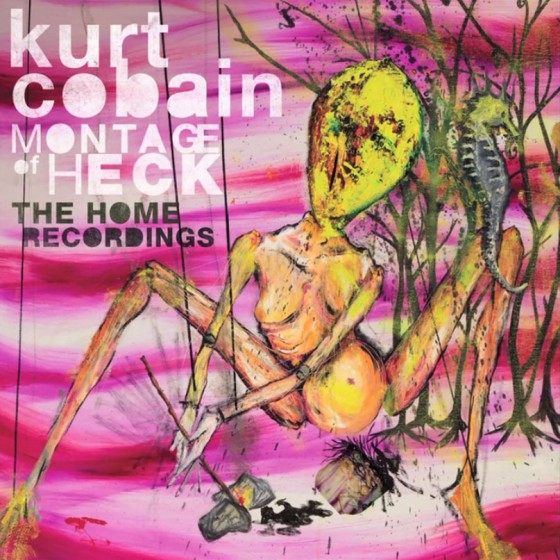 “Sappy (Early Demo)” will be on the flip-side of a special 7″ single featuring Cobain’s cover of the Beatles’ “And I Love Her.” Both songs featured prominently in the Montage of Heck films, and they’ll be included in both the standard and deluxe version of The Home Recordings album. The standard version compact disc will feature 13 tracks culled from Cobain’s personal collection, while the deluxe edition double-LP vinyl will house 31 tracks. Both versions will be available digitally. The Home Recordings arrive on November 13th, the same day that Montage of Heck will be released on DVD and Blu-ray.