When electronic-music artist Kurt Uenala was conceptualizing Cryosleep, the first album he’d be releasing under the name Null and Void, he knew he wanted to do a song that featured Depeche Mode‘s Dave Gahan. The two became friends about a decade ago, when Uenala was an audio engineer working with Gahan on both Depeche Mode and solo recordings, and they’ve co-written several tunes together. So Uenala knew the icy single “Where I Wait,” which is premiering here, would be a perfect fit for Gahan.

When the singer heard Uenala’s music, it resonated with him. “I usually respond to quite minimal, quite ethereal music that’s just not too complicated,” he tells Rolling Stone, on a joint call with Uenala. “I don’t need tons of chord changes. I need something that will make something happen visually in me, where a phrase appears. It could be an atmosphere or the way a sound bounces of something else.”

“We know each other so well, after so many ears of working together, that you don’t need to tell me to play a G-diminished-seven or something,” Uenala says to Gahan. “I know your lingo is more cinematic; you say, ‘Make it a bit more cloudy or whatever.’ I know your language.” The singer laughs.

Uenala originally pitched the song as something Depeche Mode would record, but because of the limited time they had booked in the studio the band decided to focus on polishing off its singles instead of recording “Where I Wait.” Drawing heavily on his and Gahan’s shared language, Uenala crafted a chilly chord progression for “Where I Wait,” over which the singer could divine a moody melody and pensive lyrics about the dark side of devotion. “It’s a song about unconditional love,” Gahan says. “Once that love becomes conditional, hate takes over and death and murder follows. And that’s really what [director] Tim Saccenti, who made the amazing video for this song, picked up on. In the video, there’s a girl and a guy; she wants him, she gets him, she loves him. Maybe he loves her and then that turns into something different and she can’t have him anymore, so she murders him. It goes beyond rage.

“Of course we don’t all do that, but it’s human nature,” he continues. “It’s like something takes over when you can’t own something; you kind of want to destroy it. I mean, it’s kind of how my mind thinks, but things like that is what’s happening in the world right now. Things just seem like chaos out there and we’re all just sucking it up rather than throwing up our arms and going, ‘What the fuck is happening?’ I can’t even look at my phone anymore because it’s like one diversion to the next. Music, to me, is still the savior and the communicator.” 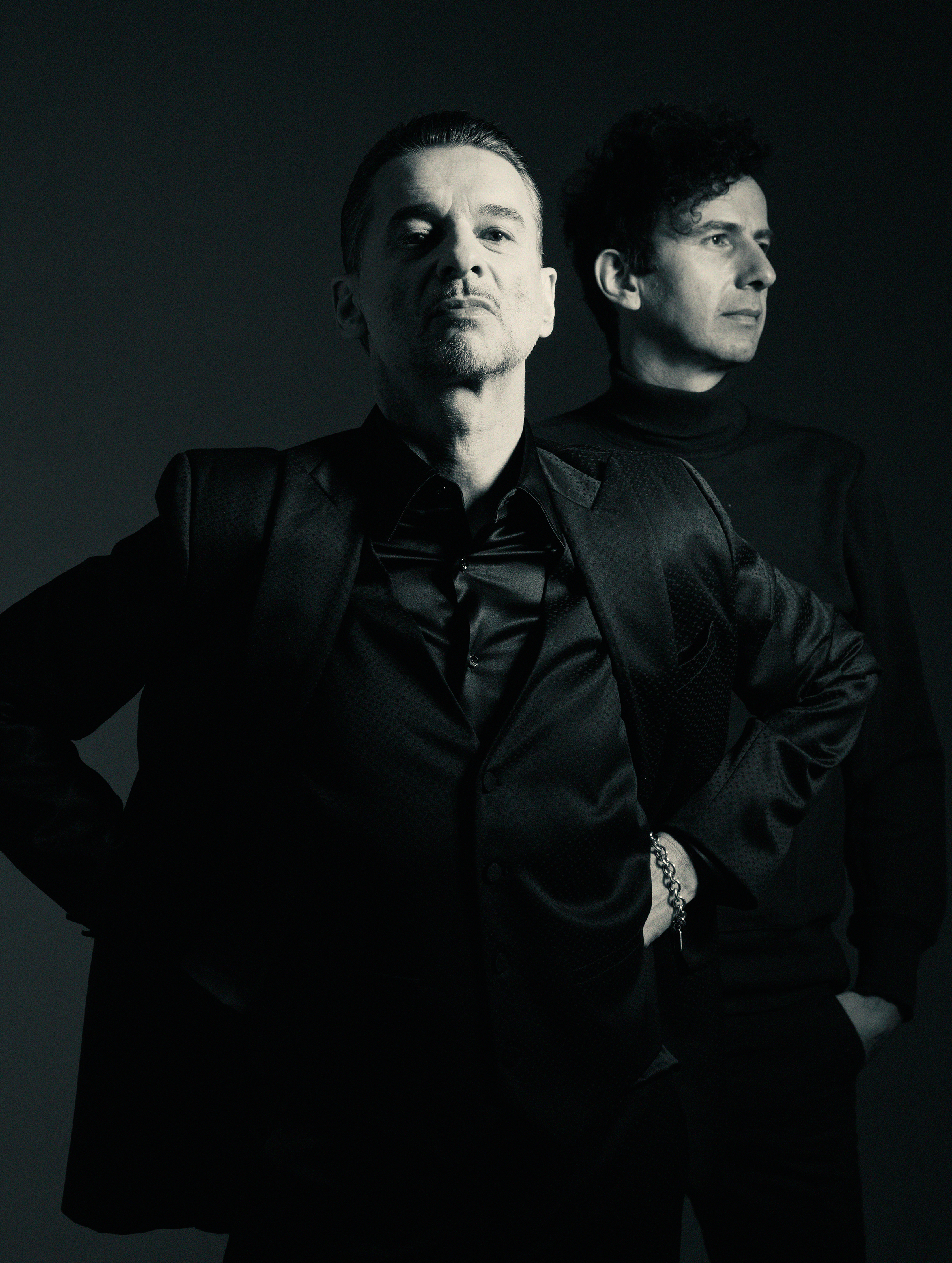 Gahan says that it’s Uenala’s unique understanding of what he needs as a singer that has made their working relationship so fruitful. “I know his vocal range and I know roughly what note choices he makes,” Uenala says. “It’s not predictable, but I know people have habits and what they like.” Elsewhere on Cryosleep, Uenala has collaborated with Black Rebel Motorcycle Club, the Big Pink and Shannon Funchess, though most of the album features his deft synth and sequencing work.

“I was always into synth,” says Uenala, who grew up in Switzerland and now lives in New York. “I had a brief stint with rock & roll and metal, as well as some jazz, but I remember begging my mom if I could play synthesizer as a teenager.”

In various capacities, he’s worked with Moby, the Kills, Soulsavers and others over the past two decades and recently he decided it was time to make his own album. Now that it’s slated to come out on November 3rd, he’s also getting ready to figure out how to perform it live. “I try to use a lot of hardware synthesizers because I like to keep it quite improvised live,” he says. “The meat and bones of the song are programmed, but that’s just sequencer data. I can alter the sound and make parts longer and shorter. It’s a little risky, but I feel it’s worth it. I like seeing live acts that take a risk. If the songs are suddenly stripped down to drum machine and a bass line, and on the album it’s much more grandiose, I appreciate that it’s different.”

Meanwhile, Gahan is on the road with Depeche Mode and is simply happy with the way his contribution to the Null and Void LP turned out. “What Kurt and I made went to a cool place because Kurt built a new atmosphere around the song,” he says. “It worked very cinematically.”