On “War Toy,” space-barbarian thrash metal band GWAR chanted, “Let’s all go drink and kill and fart/ Now sure it’s fun, but is it art?” Some thirty years after their conquest of the human race began, they’re attempting to answer that question. Starting today, The Gallery at Black Iris Music in Richmond, Va. unveils “Let there Be GWAR,” a show dedicated to GWAR’s artistic evolution. The exhibition runs through September 28th.

On stage, the band, which claim to be bloodthirsty aliens, brutalize dozens of ornately constructed monsters (and celebrities) all while blasting out energetic thrash metal and spraying blood on the audience. “One of the reasons that we wanted to do the exhibit is to show the incredible talent, skill, ingenuity, and craft that goes into creating GWAR,” show curator Benjamin Thorp tells Rolling Stone. “From the costumes and character engineering, for them to come out and blow up and die — I think people often read it as chaos, but it’s really well scripted, orchestrated and rehearsed.” 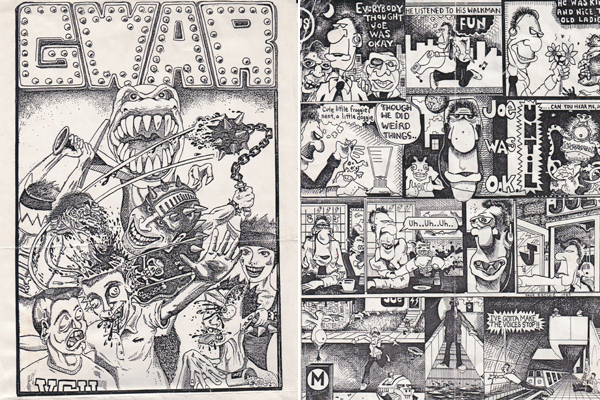 For the show, Thorp worked closely with the production company that brings GWAR to life, Slave Pit, Inc., which includes GWAR’s own Dave Brockie, Bob Gorman, Matt McGuire and Brad Roberts. Thorp culled over 400 pieces from GWAR’s history, focusing on the band’s behind-the-scenes machinations. “We’re looking at everything from when [Brockie’s avant-punk band] Death Piggy collided with [former GWAR member] Hunter S. Jackson’s Mad Max galactic costumes, which is the formation of GWAR, up to the present day,” Thorp says.

Thorp specifically wanted to focus on the intricate preparation Slave Pit goes through when constructing GWAR pieces. “We’re looking at production drawings for the massive ‘Skin Column creature,’ from the original sketches, to how much latex, bed sheets, and glue you need to make those things,” he says. “It’s really an expanded view as to how something like GWAR is produced and made.” 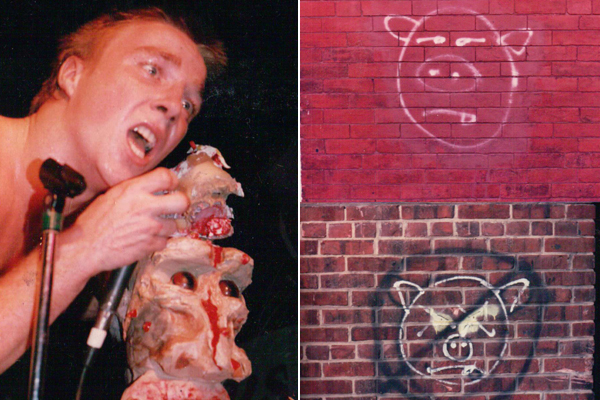 Throughout GWAR’s run, the band has faced criticism that what the band does is rude, nasty, and offensive, but that it’s not “art.” Thorp feels that outsider perspective never really had an effect on the band’s artistic aspirations. “I don’t think they struggle with other people’s view of their work,” he says. “I think they’re pretty confident with it.  For example, the use of the metaphor for space as a way to empower by claiming the unknown is something that we see through Sun Ra to Parliament. I think that lineage runs through GWAR. How do you come out of an era like the Reagan era, which was incredibly oppressive and regressive and you’re a young artist squatting in an abandoned dairy? You start creating this entire world and myth where you’re at the center.”