An exhibit displaying 30 years of Grateful Dead will show at the Rock and Roll Hall of Fame Museum. Memorabilia will include handwritten lyrics to 'Truckin' and Jerry Garcia's guitars. - Rolling Stone
×
× 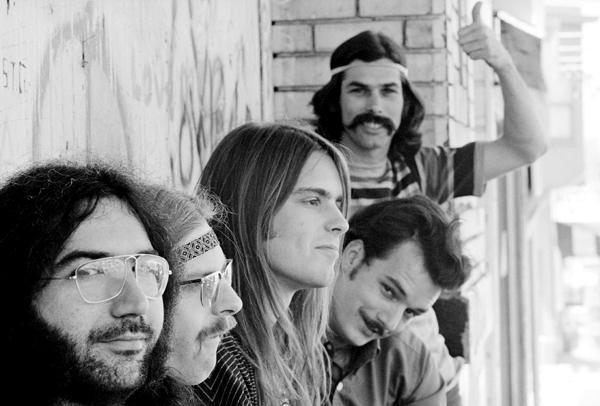 A massive new exhibit chronicling the Grateful Dead’s 30-year odyssey is coming to the Rock and Roll Hall of Fame and Museum. Grateful Dead: The Long, Strange Trip opens at the Cleveland museum on April 12th, two days before the Rock Hall’s annual induction ceremony. The Mickey Hart Band will perform at the exhibit’s opening event. “The band gave their full blessing to the project,” says Howard Kramer, the Hall of Fame’s Director of Curatorial Affairs. “They allowed me unfettered access to their warehouse and offered up items from their personal collection, which is how you want this process to work.”

The exhibit will feature five Jerry Garcia guitars; handwritten lyrics to “Box of Rain,” “Truckin’,” Sugaree” and many other classics; Micky Hart’s custom-painted drum kit; and artifacts from the band’s longtime sound designer Owsley “Bear” Stanley, alongside many other objects from the group’s long career. “Jerry Garcia’s guitars carry a lot of emotional weight with the fans,” says Kramer. “And the handwritten manuscripts, including a working version of ‘Fire on the Mountain,’ are stunning.”

The artifacts will be presented in a non-linear manner, and will focus not only on the band – but on their hugely devoted fanbase as well. “The Grateful Dead created a culture around them that is a much richer story to tell than just the recounting of events that they were part of,” says Kramer. “The story of the Grateful Dead is as much about the people around them as it is about the band themselves.”

The exhibit is scheduled to close in December.