Why Gavin Rossdale Reunited Bush: 'Clearly, I Was a Bit Lost' - Rolling Stone
×
×

Bush was a platinum hit-making machine for half a decade before going on hiatus in 2001. Ten years later later, they returned with The Sea of Memories, and now they’re making up for lost time with a grinding new rock album, Man on the Run, set for an October 21st release.

Frontman Gavin Rossdale, meanwhile, recently finished taping his first season as a coach on The Voice, a rare collaboration with wife Gwen Stefani. At NRG Recording Studios, where his band recorded much of the LP, he spoke with Rolling Stone about feeling lost without Bush, wanting to be Peter Gabriel and why he doesn’t mind that singing competitions are “completely antithetical” to his own musical history.

The last Bush album took 10 years to come together. This one was a lot faster.
I felt really energized off the last record and touring and the way it got received. I knew it was important to keep it going and do another record to cement the return. We toured until last summer, then did a bit of writing. It was quite quick.

What were you aiming for on this album?
It was the idea of being this garage-electronic band with loads of wires and loads of machines that you fix up in your garage. We used real old pawn-shop guitars to get this real thick guitar sound, married with the slightly more modern element of the electronic stuff. Nick [Raskulinecz, the album’s producer] basically comes from metal, so I won’t disappear and go off into saccharine or get too melodic, because he’ll go, “Dude, keep it fuckin’ rockin’.”

That balance between big guitars and melody is something you still reach for?
Melody is at the heart of everything for me. You can get super-atonal at times and it’s fun, but tunes are the basis of what I like. The guitars just gives it that feel. I’ve tried to do records with less guitars, and it was like, “What happened?” I love rock music, but I like it when other elements are coming in, like a hybrid of things – like TV on the Radio or stuff like that. That melding of things makes it interesting.

Is that the kind of music you’ve been listening to?
Yeah, a lot of stuff. When I was in London just now, I was listening to a lot of vinyl and showing my kid what a record is like and what it does. So we’re going through a lot of older records as well, which is really fun. 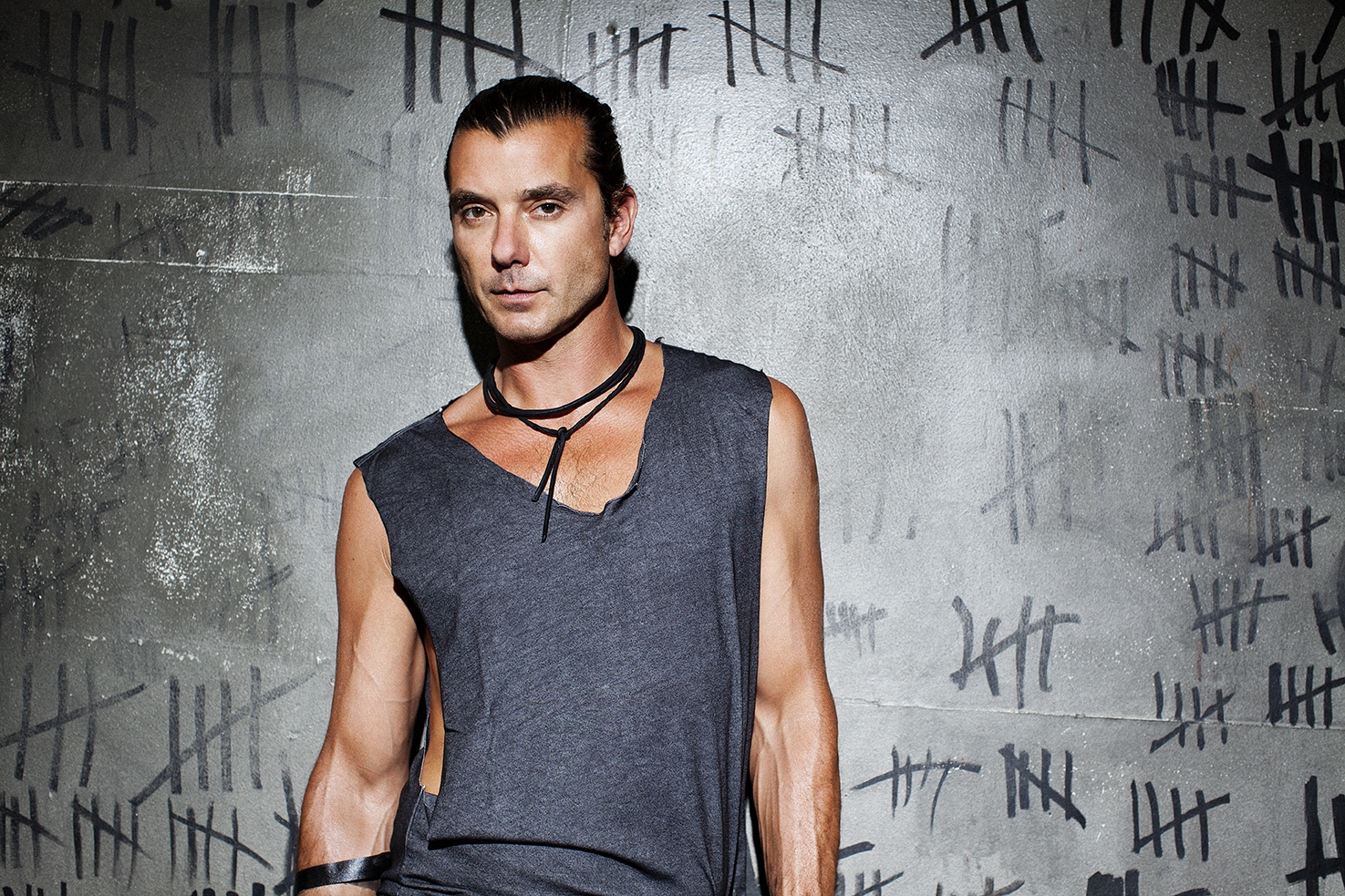 Are the things that inspire you as a songwriter the same as always?
When you first began writing songs, you see the world as infinite, and your time as infinite, because that’s the nature of being young. As you get older, you see it as chapters. The title “Man on the Run” is meant as a universal take on a slice of my life and the people I come across. It just seems that the doors are closing and everyone is trying to figure out their way. It’s the most universal title I’ve ever had. I always figure everyone is on the run.

Did you feel like you were on the run during that long break between Bush albums?
Clearly, I was a bit lost. I did my side project band the Institute because I’ve always been inspired by people that have side projects – like Maynard [James Keenan] with Tool and A Perfect Circle. Kim [Deal] has the Pixies and the Breeders. And I always thought that was a sign of someone who is brimming with so much to say or do that they don’t have to put it into one entity. I thought that as a shot in the arm for Bush, I would do a side project.

Was that a sign of creative ambition?
Yeah. For the Institute, I was talking to Jimmy Iovine, and he says to make it super heavy. So I went into that world and did a record with Page Hamilton [of Helmet]. I learned a lot from that. It was just short lived. Chino, when he does Team Sleep or something like that, he doesn’t try to make it happen worldwide. He’ll do two weeks like that. Whereas I always get it wrong: I sign it to Interscope and it has to be this big worldwide release.

Then I did a solo record after that. I wanted to write a record without relying on heavy guitars. I’m really proud of that record, but people were like, “Oh, man, what happened to the fucking guitars?” I went on tour and we had a monster hit with a ballad: Half the audience was waiting for me to be in Bush again, and the other half was waiting for me to play the ballad. And it was like, “This is twisted.” This is not where I wanted to be. I wanted to be Peter Gabriel.

What were you thinking at that point?
I was at the crossroads: Do I want to continue to build up my solo career? I just missed my band too much. I missed the shell, the protection, the unity of that. You know what? Fuck everyone, I’m going to do Bush again. We just tried to work from the ground up to see where that would go, so we didn’t have bad egg on our faces with empty halls and stuff like that. I felt liberated, like I was in the exact right place that I should be. No one is coming up to me going, “Man, when is the next solo record?”

The band’s lineup is half different from what it was in the Nineties. How does that change the experience of Bush?
Chris was in the Institute with me and then into the solo record, and the bass player, Corey, has played with me a number of years in my solo band. For me, it hasn’t been a big revolving door of musicians. Generally, there have been two sets of people that I’ve made music with. I put it out to the two other guys from Bush to see if they wanted to do it, and I knew they wouldn’t. But it was the right thing to do to ask them.

It’s the most natural group of people around me. I’ve always gone the path of least resistance. What’s the best way to get it done and have people come play with me?

Now you’re doing The Voice with Gwen.
It was fun to both be together at work. It was important to me to be really open to it. Obviously, my journey through music is completely antithetical to what that show is about. What’s the point of trying to wave that flag? I like how it brings people together.

When you meet those people coming in, they have great voices and they’ve all worked a long time. It takes a long time to sing like that. They sound really good. You can’t help but get emotionally involved with those people. You see how much it means to them.

Before this, have you and Gwen made a point of not mixing your two careers?
A little bit, yeah. But also we never had the opportunity. We met touring together, and I would have loved touring more since, but it got further and further apart. It was just fun to work with her and see her in action. I think they really love her on there. It’s fun to see people enjoy her and her professionalism, her insight and her kindness. She is full of compassion and is very sweet to these people singing, because you feel their pain when they come in. It’s a big moment in their lives.