Gary Glitter was arrested in London on suspicion of sex offenses early Sunday morning, the BBC reports. The former glam rocker’s arrest came as part of the widening inquiry into late BBC host Jimmy Savile, who has been accused of sexually assaulting some 300 young girls and boys before his death last year at the age of 84. Some of the abuse is reported to have taken place in the BBC studios.

London’s Metropolitan Police said on Sunday that officers working on the Savile case, dubbed Operation Yewtree, had arrested a “man in his 60s” and that “the man, from London, was arrested at approximately 0715 on suspicion of sexual offences. The individual falls under the strand of the investigation we have termed ‘Savile and others’.” While the police did not name the suspect, the BBC and other media sources identified him as the “Rock & Roll (Part 2)” singer. 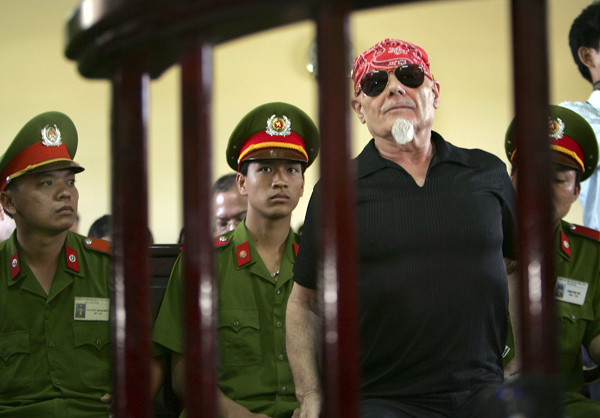 Glitter, whose real name is Paul Gadd, has had previous arrests connected to child sex offenses. He was convicted in Britain for possessing child pornography in 1999, and then jailed in Vietnam in 2006 for sexually abusing two young girls.