Gary Busey, an award-winning actor whose inimitable ramblings could be construed as gospel, will play the role of God in an upcoming Off-Broadway musical.

In Only Human, Busey will play “the Boss,” as he’s referred to in the musical, which put a clever spin on a biblical tale.

“Before they were enemies, they were co-workers. Jesus and Lucifer never saw eye-to-eye, but when an extreme case of creative differences gets the best of them, all hell breaks loose…literally,” the musical’s synopsis states. “A hilarious new musical of biblical proportions, Only Human shakes up heaven with kick-ass pop rock tunes and corporate attire.”

“God is everything love is and that love becomes the beginning of blessings and miracles,” Busey said in a statement. “Playing this role of God is easy because I’m not acting, I’m just believing. You come see it and you’ll believe it too.”

Only Human, produced by Jesse Murphy (formerly a creative executive for Marlon Wayans’ company and co-founder of Jesse|James Films) and James Sears Bryant, features a book by Jess Carson, music and lyrics by Mike Squillante and is directed by NJ Agwuna. Busey’s castmates will be announced in the coming weeks.

Following its workshop at the Oklahoma City University in 2018, the musical will begin previews October 8th at New York’s Theatre at St. Clements. Only Human officially opens October 21st and currently runs though January 5th, 2020. Tickets for Only Human go on sale Tuesday, June 18th at the musical’s site.

In 2018, Busey preached his own gospel in the form of his memoir Buseyisms: Gary Busey’s Basic Instructions Before Leaving Earth, and provided Rolling Stone with a series of increasingly entertaining interviews. 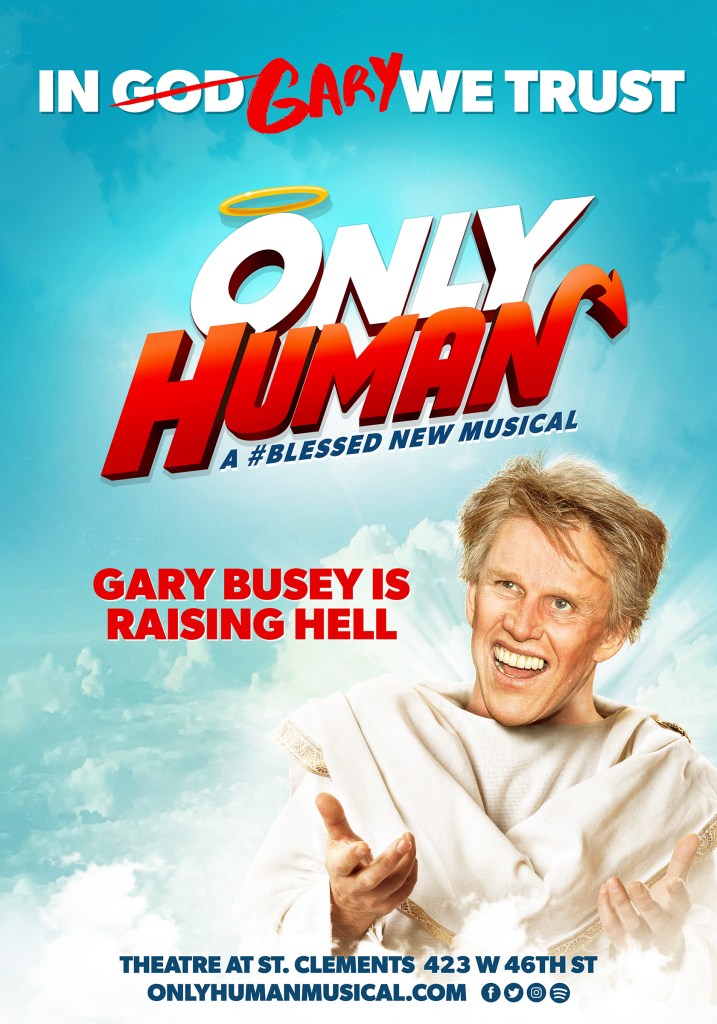