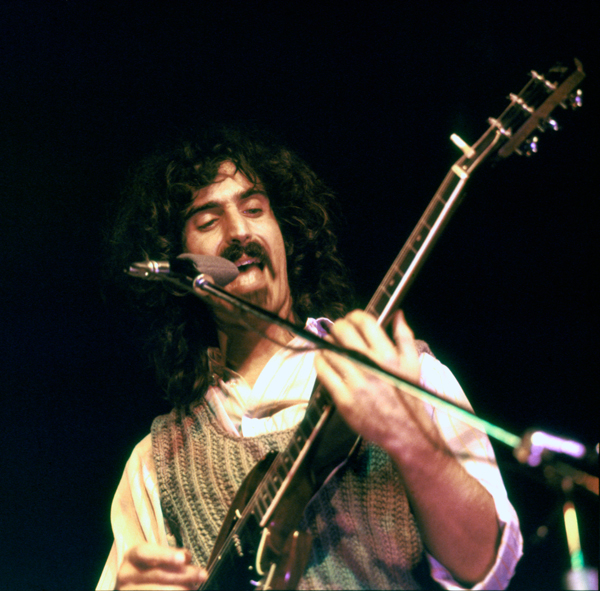 The American composer and rock & roll provocateur, Frank Zappa, died at age 52 almost two decades ago, on December 4th, 1993. At the time of his passing, his official discography totaled 62 albums released under his own name and that of his landmark combo, the Mothers of Invention.

He is still putting records out, at a remarkable pace, under the vigilant aegis of his wife Gail and the Zappa Family Trust’s Vaultmeister, archivist Joe Travers. According to the fine print on the back, Carnegie Hall (Vaulternative) – a four-CD set of Zappa’s two shows at New York’s symphonic palace on October 11th, 1971 – is “Official FZ Master #91.”

In case you missed recent deliveries, #89, which came out in late 2010, was Hammersmith Odeon (Vaulternative), a three-CD set of the 1978 London concert recordings Zappa used as the root material for 1979’s Sheik Yerbouti – the first album I reviewed for Rolling Stone. At another end of his omniverse, #90, Feeding the Monkies at Ma Maison (Zappa), is Zappa as composer and virtual orchestra, at the Synclavier in 1986, slipped inside a nifty 3D cover of popsicle splatter.

“This is Such an Auspicious Occasion”
According to New York promoter Ron Delsener’s Carnegie Hall liner note, Zappa and his ’71 Mothers – keyboard players Don Preston and Ian Underwood (the latter also on alto sax), ex-John Mayall drummer Aynsley Dunbar and three former Turtles, bassist Jim Pons and singer-jesters Mark “Flo” Volman and Howard “Eddie” Kaylan – only got through the backstage door because Delsener told the venue’s booking manager that the boss Mother “was a very accomplished classical musician.” Which was true, although the only strings in this band were on Zappa’s guitar.

The complete 7:30 and 11 p.m. shows in this box were recorded by the leader in mono with a single microphone and concealed tape machine (probably to avoid union hassles). The fidelity is remarkably clear and full-bodied, even with the inevitable room echo. This is also a rare chance to hear the “Flo and Eddie” Mothers’ full range of operatic lunacy and underrated small-combo instrumental drive. An LP-sized dose, Fillmore East – June 1971, had been issued shortly before these concerts; another, 1972’s Just Another Band from L.A., had just been taped.

But Carnegie Hall is all that fun at length – the bawdy rock-star mockery of “The Mud Shark,” reprised from Fillmore East; an even longer “Billy the Mountain” than the one on Just Another Band – plus surprising excavations from Uncle Meat, a long new piece called “Divan” (about a sofa and a magic pig) and a weirdly funky rewiring of the paranoia in Freak Out!‘s “Who Are the Brain Police?” A chunk of “King Kong”‘s 30 minutes goes to an overlong drum solo, but such were the times. In rich compensation, half of the first disc goes to an opening set by the Persuasions, the a cappella do-wop masters recently discovered and recorded by Zappa. Their first medley is the history and glory of Fifties street-corner-song in a pure, dazzling nutshell.

Ironically, Zappa’s orchestral work was never performed in Carnegie Hall in his lifetime. After his death, though, I got to hear Zappa’s long-form fable, “The Adventures of Greggary Peccary” (issued on 1978’s Studio Tan), rendered in full, by an orchestra. Carnegie Hall marked Zappa’s first and last night on that stage. He never left the building.