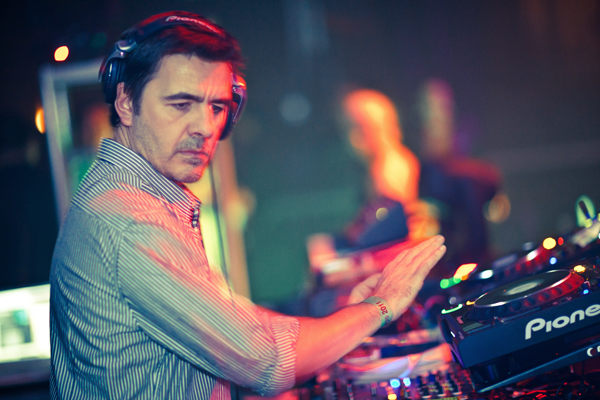 French DJ/producer Laurent Garnier is in the U.S. this week, and that he’s here at all could be considered news. “I’ve done quite rare visits for the last 10 years in America,” he tells Rolling Stone. It wasn’t intentional, the electronic music great says. Remember the age of freedom fries during the last decade? Garnier was an innocent bystander in the U.S. and France controversy following France’s disapproval of the U.S. invasion of Iraq.

“[U.S. authorities] were making our life hell to come and get a visa, really,” he says. “You couldn’t even access the embassy, you had to Fed Ex your passport to the embassy and then at one point the Fed Ex van got stolen and got burned, so I lost my passport. I have so many crazy stories trying to get visas and stuff.” Thankfully, those ordeals are over. “Now things are much easier – it’s still hard, but much easier than what it was seven or eight years ago,” he says.

Garnier made his return to American shores six months ago, with performances in New York and Miami. After those successful gigs, he is bringing his L.B.S. tour – named for himself and fellow musicians Stephane “Scan X” and Benjamin Rippert, who join him on stage – stateside for a few dates with the promise of more to come.

“It looks like, as well, the scene has changed a lot in America and people seem to really enjoy what we’re doing,” Garnier says. “The gig we did in Chicago was my best ever. Something happened, which I never kind of felt before in Chicago.”

When Garnier does return, he’ll have new music. He previewed the two new tracks at L.A.’s Avalon this past Saturday before a wildly appreciative crowd. “One track is gonna be called ‘Jacques In The Box’ because I can’t tell you the label I’m releasing it on because it’s gonna be a big surprise,” he says. “And the other side is called ‘Our Future’ and basically the lyrics are about [how] our future is possible, and our future is possible because a lot of people are saying this is gonna be the end of the nation.”

Not all of the song is downbeat, Garnier says. “With the economy at the moment the banks are in a really, really bad state, and it’s getting pretty scary what’s happening in Europe at the moment,” he says. “I just wanted to do a track to say even though we are in a bad time, try to hang on because usually days are after getting better.’”

Playing the new material live is a different way of working for Garnier, but it’s one that allows him to find the groove of the tracks in the clubs. “It’s kind of dubby, and the more and more we’re performing them live we’re finding the right keys to play them,” he says.

With the songs nearly ready to go, Garnier is anxious to get to recording. “As soon as I come back from Japan we’re going straight to the studio because we’ve got a lot of material we’ve got to record,” he says. “So we should have [the] single under LBS between July and September. I guess there will be another single before the end of the year, and the album should be out at the beginning of next year.”

Garnier’s already thinking about the next live show. “The idea with new live show we’d be having some videos with us and we’re gonna really work for the new live show,” he says. “We’re talking about it every day. And we would love to go to festivals, so the best scenario would be to come back and do Coachella or something like that. We would love to do that.”