Vicky Hamilton knew Guns N’ Roses were bound for greatness the day Axl Rose burst into her office with a ghetto blaster, blaring early versions of songs that would end up on the band’s breakout album, Appetite for Destruction. She began booking gigs for the group and soon took on the role of manager, but not before the Rose and Co. came to crash in her apartment for six months. In her new tell-all book, Appetite for Dysfunction, Hamilton describes the scenes of drugs, violence and hair spray that ensued.

Hamilton, who later went on to work with Mötley Crüe, Stryper and other Eighties heavy hitters, recently spoke with Rolling Stone about GN’R’s upcoming reunion tour, rumors that Axl is joining AC/DC and her days of managing rock & roll’s most notoriously dysfunctional band.

Do you remember the first time you heard Guns N’ Roses?
It wasn’t Guns N’ Roses yet; it was Hollywood Rose, and I was an agent at Silver Lining Entertainment. Axl called me up and said, “You come highly recommended — would you like to book some gigs for us?” I was like, “Well, send me a demo,” and he was like, “Well, can’t I just bring it in and play it for you?” I was like, “Well, I don’t really have a stereo here,” and he said, “That’s OK — I’ll come with my ghetto blaster,” and that made me laugh.

Two hours later, Axl and Izzy show up with the tape, which three of the songs from Appetite were on. I booked them sight unseen. It was like, “Shit, this is amazing.” I put them on a show and the rest was history.

Soon after Slash joined in 1985, the whole band was living in your apartment. How did that happen?
Axl had a guest at the rehearsal studio, and he basically took her clothes off and locked her outside, and the girl went to the cops and said he raped her. Slash called me up and said, “Can Axl come stay on your couch for a little while?” And I’m like, “Why?” He told me that story, and it was pretty clear that I would be harboring a fugitive at that point, but I let him come. It was only supposed to be a couple of days, but it ended up being six months.

What did your apartment look like during those six months?
There were pizza boxes and cigarette butts in the carpet, mounds of Marlboro Reds in the ashtray, empty Jack Daniel’s and beer bottles all over the table, black hair dye all over the bathroom wall. …

We didn’t have a refrigerator, just an ice chest. It was kind of a joke — I got my first apartment, and I was like, “Yeah, I’m going to live by myself for the first time!” I hadn’t even gotten a refrigerator yet, and [my roommate] Jennifer Perry moved in, and two weeks later Guns N’ Roses moved in. One of the neighbors left a note on the window saying, “Kids, that mayonnaise in the window needs to be refrigerated.” They were sleeping in sleeping bags in the living room, and me and Jennifer barricaded the bedroom and slept in there. 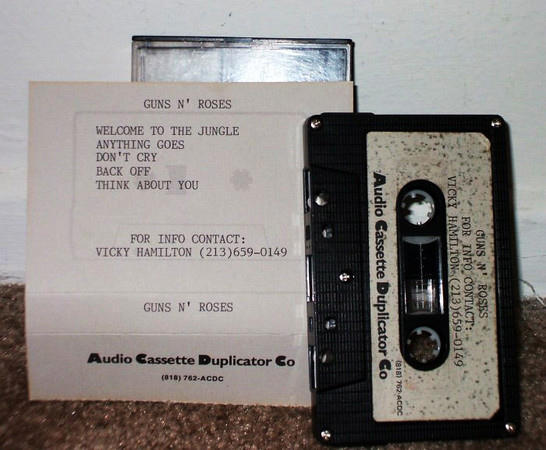 You helped the band land a contract with Geffen in 1986, at which point you were replaced as their manager. Later that year, you filed a lawsuit against them, and the next year Axl threatened to kill you over something you said in an interview. Have you repaired your relationship since then?
I haven’t spoken to him since the late Eighties, so I don’t really have a relationship with him, although I hear he’s not going to sue me [over the book] from people that do speak to him. I talk to Slash and Steven [Adler] occasionally, and I’m friendly with Duff [McKagan] and Izzy [Stradlin] when I see them, although I don’t see them very much.

Did you know anything about the upcoming reunion before it was announced?
I kept hearing rumors about it — I guess that was around Thanksgiving. I had actually talked to Slash, and he said it was absolutely not true, and a month later he was like, “It’s on.” It’s definitely happening in Vegas and Coachella; it seems like they announced other city dates as well. And I keep hearing they’re going to play the Troubadour on Friday, but I checked with Slash and got no answer so I can’t really say for sure.

Do you think the reunion will go off without a hitch?
That’s kind of anyone’s guess, but I hear through the grapevine that they’re not going to get paid unless they make it through the tour, so there’s some incentive to play the whole tour. It’s hard to tell if they’ll make it through it. I’d say if you want to see it, try and make it to one of the first shows.

What about the rumors that Axl is going to replace Brian Johnson as lead singer in AC/DC?
Yeah, I do think it’s true. At least I hear it’s true. He may change his mind in the end and cancel or whatever, but I think his intention is to play it. 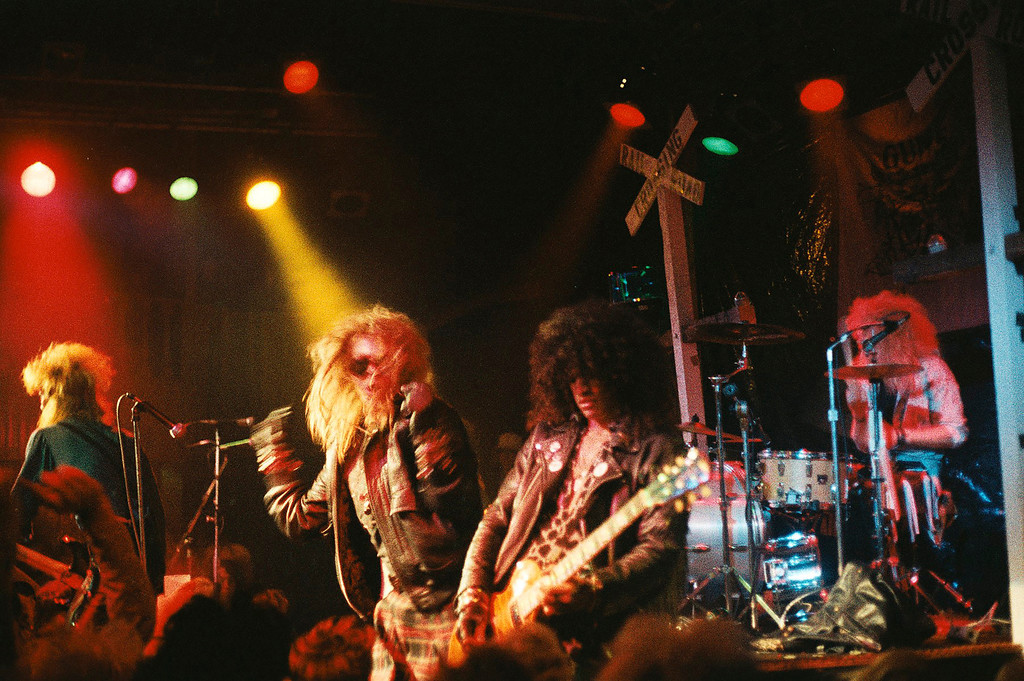 Guns N’ Roses covered AC/DC’s “Whole Lotta Rosie” back in 1987. Has Axl always been a fan?
I do remember that he was a fan. I do not know if he had a relationship with them; that probably came later because I managed them when they were a baby band, but that’s the music he sings. Whether he can hit the high notes or not, who knows?

Do you hope to patch things up with Axl one day?
Yeah, I would, certainly. I don’t have any animosity towards Axl; I think if there’s any animosity, it’s him against me, but I don’t know why. They didn’t pay me money, and I helped them get to where they are in the early days. I’m going to be in Las Vegas for the opening night of the show.

What would you do if you saw him backstage?
I’d give him a hug and say, “How’s it going?” They’re all like my kids; that’s how I still think of them. I worked with Johnny Cash and June Carter; they were huge when I worked with them, so to me they were legends. But Guns N’ Roses and Mötley Crüe and Stryper, Faster Pussycat and all the hair bands that I worked in the Eighties, they were baby bands; they weren’t successful yet. I felt like they were my kids.