Now in its 18th year, Louisville, Kentucky’s three-day Forecastle Festival is a mid-sized city fest done right, with a cross-genre slate of national rock, hip-hop and Americana acts, a lovely waterfront setting, a user-friendly layout, and an emphasis on the unpretentious Ohio River city’s dual traditions of bourbon, of course, and indie music that punches above its weight. RS was on site for the 2019 installment this past weekend; here were some of the highlights. 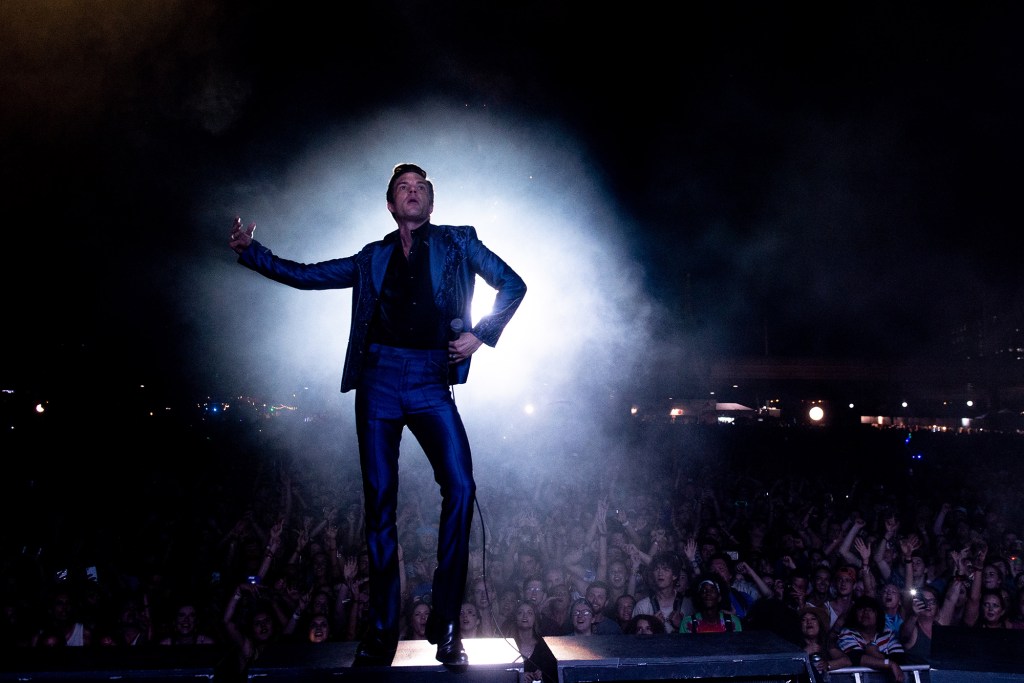 Best Vegas Entertainers: The Killers
First-night headliners the Killers brought Sin City to Derby City, giving the Forecastle faithful a 90-minute masterclass in showmanship and super-sized ambition. Bookending the 17-song performance with their twin breakthrough hits “Somebody Told Me” (played second) and “Mr. Brightside” — both off the triple-platinum Hot Fuss, which turned 15 this year — Brandon Flowers and Co. flexed their might as big-venue vets, channeling golden-era U2 on the stirring, stadium-sized “The Way It Was” and “Runaways,” firing up the dance floor with the sly machismo send-up “The Man,” and paying heartfelt tribute to the late Tom Petty with a rousing “American Girl”/“Free Fallin’” mashup. Seasoned showmen that they are, the Killers know how to make a set they’ve run tens of hundreds of times feel like a singular event, but even Flowers admitted surprise when fireworks went off during “Shot at the Night” — from the minor-league Bats game at neighboring Louisville Slugger Field — which, while not premeditated, felt perfectly apropos.

Best Cameo: Nick and Sam Wilkerson from White Reaper With the Killers
Louisville garage-punk crew White Reaper were one of Rolling Stone‘s favorite Forecastle discoveries last year, and while the five-piece wasn’t on the bill this time, its rhythm section — drummer Nick Wilkerson and his brother, bassist Sam — gave their Killers counterparts Ronnie Vannucci and Jake Blanton a breather on “For Reasons Unknown” — a local spin on a longstanding tradition of having fans sit in on the 2006 single from the group’s sophomore album Sam’s Town. White Reaper spent last fall on tour with the Killers, Sam Wilkerson explained to RS, “and when [Vannucci] asked Nick to play it I told [Blanton] I could too, because why not? Playing with them in our hometown was a dream come true. Touring with one of your favorite bands is surreal as is — let alone jamming with them.”

Best Locals: GRLwood
Hotly tipped local duo GRLwood stormed the ‘Castle Friday afternoon with a revelatory set of visceral, satirical, societal norm-shattering punk rock. Receiving a hero’s welcome from the in-the-know hometown crowd, singer-guitarist Rej Forester and drummer Karen Ledford quickly got the not-yet-initiated up to speed. GRLwood write songs relating to the young, queer experience, but also the struggle just to exist, with a caustic sense of humor and an innate knack for melody. A curious amalgam of tricky surf riffs, Nineties emo dynamics and sparser, more dirge-like elements, the group’s depth and range is uncanny for a scrappy two-piece — no boys, no bass — formed less than two years ago. Forester’s vocal control is a marvel, shifting on a dime from a mournful moan to an operatic tremble and, when the songs really get going, a slasher-movie scream. And the catchiest tune of their set isn’t even out yet —  “I Hate My Mom,” off I Sold My Soul to the Devil When I Was 12, due August 2nd — but had the whole crowd shouting along by the second chorus, the mark of an instant classic. 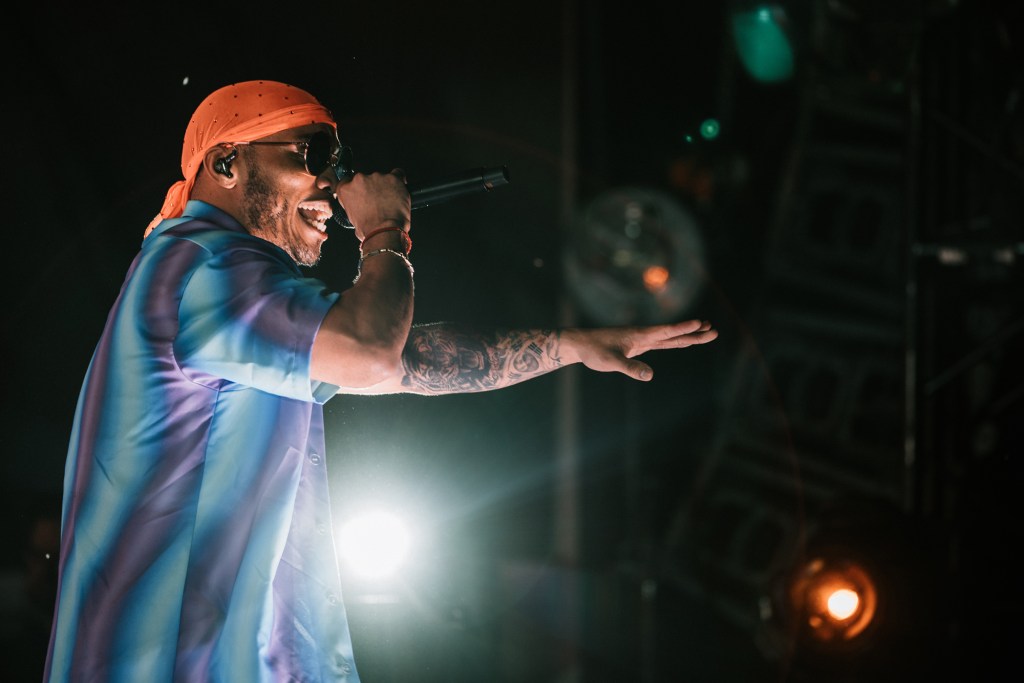 Best Renaissance Man: Anderson .Paak
Anderson .Paak’s name has graced numerous festival handbills over the past few years, rising steadily towards the top with each year. The L.A. native’s headlining Mast Stage performance Saturday showed why, distilling over a half-century’s worth of influences — hard-grooving Stax-inspired funk, reggae, disco, sensual Nineties R&B, socially-conscious contemporary hip-hop — into 90 thrilling minutes. With his megawatt smile and Energizer Bunny stamina, the chameleonic 33-year-old musician, joined by his ensemble of crackerjack players and singers the Free Nationals, cartwheeled through songs off his four SoCal-centric LPs since 2014 (Venice, Malibu, Oxnard, and Ventura), crooning, rapping, dancing, conducting drum clinics from behind his auxiliary kit, pausing only to make sure the crowd was still with him (they were) and to pay his respects to fallen comrades and fellow Angelenos Nipsey Hussle and Mac Miller, closing with a cover of Miller’s “Dang!” The only knock on Paak’s go-for-broke live show is it makes his albums seem comparatively one-dimensional and overly reliant on big-name guests, like Kendrick Lamar, Snoop Dogg, and Smokey Robinson. With all the talent and charisma to be his generation’s answer to kindred spirits Prince and D’Angelo, as he continues to move up in the world, putting it all together on record is surely more a when than an if.

Best Workout: Chromeo
You have to admire David “Dave 1” Macklovitch of Chromeo’s commitment to fashion over function. Even 80-degrees with 70-percent humidity wasn’t enough to get Macklovitch to lose his leather jacket for his and longtime partner Patrick “P-Thugg” Gemayel’s Friday evening set of pulse-quickening synth-and-guitar calisthenics. That wasn’t even the French Canadian funk lords’ only show that night — a few hours later they did it all again at the first of two official after parties on the Belle of Louisville riverboat. With an excess of middle-of-the-road singer-songwriter-driven acts at Forecastle, especially during the mid-afternoon, early-evening hours, Chromeo provided a stylish and welcome alternative: getting the blood moving to beat the heat, rather than sit and wilt in it. 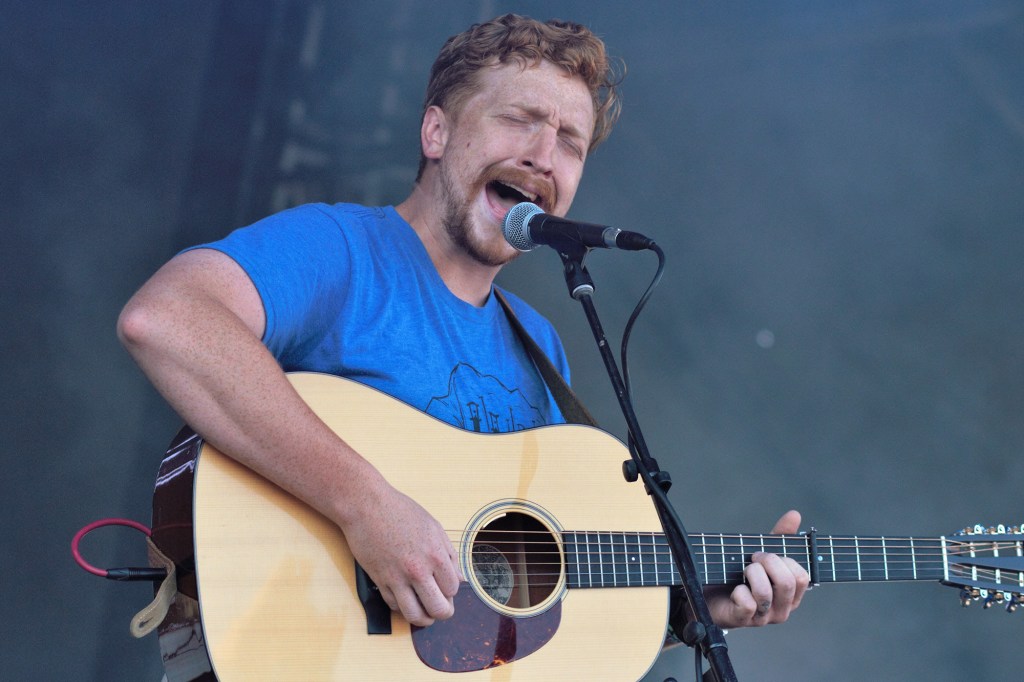 Best Native Son: Tyler Childers
A gifted singer-songwriter with a timeless country-bluegrass sound, 28-year-old Eastern Kentucky native Tyler Childers earned sudden public-figure status with his 2017 LP Purgatory that, as a low-key personality, he still seems to be processing. But at the Mast Stage on Sunday, he was playing to an audience for whom he required no introduction, and Childers was squarely in his element. Purgatory’s alluringly dark “Whitehouse Road” kicked off a comfortably loose set full of evocative story-songs, high-wire guitar work and beautiful fiddle-and-pedal steel interplay that read the sun-fatigued crowd perfectly. Big things are around the corner for Childers — with Purgatory follow-up Country Squire just weeks away, he’s poised to take his rightful place alongside fellow Kentuckian Sturgill Simpson and Jason Isbell at the vanguard of country’s serious singer-songwriters. As usual though, Childers didn’t seem too bowled over by his own achievements or the big turnout so much as genuinely surprised. “Thank you for coming over here, taking your time to gawk at us,” he said with a gentle laugh just before closing the book on his hour-long set. “It’d be a really empty, awkward place without you.”

Best Step Forward: Sunflower Bean
Sunflower Bean has tried several different styles in its six years together, earning some blog buzz with its dream-pop debut Show Me Your Seven Secrets and later scoring a minor adult-alternative hit with the wistful, Fleetwood Mac-like “Twentytwo.” Opening up the Mast Stage to a sparse but spirited early-bird crowd Sunday, the four-piece sounded punkier than before, verging on Sabbathian stoner rock in spots. But this is a pop band at heart, and leaning into it on standout “Come For Me” the set found another gear, with frontwoman Julia Cumming passing off her Rickenbacker bass to keyboardist Danny Ayala, taking the mic and channeling Prince, Madonna and Chrissie Hynde with a distinctly New York cool. “Y’all are the real ones, coming to rock at 2 p.m.,” she’d told the crowd earlier — but it’s her genre-hopping band who seem be the ones finally getting real. 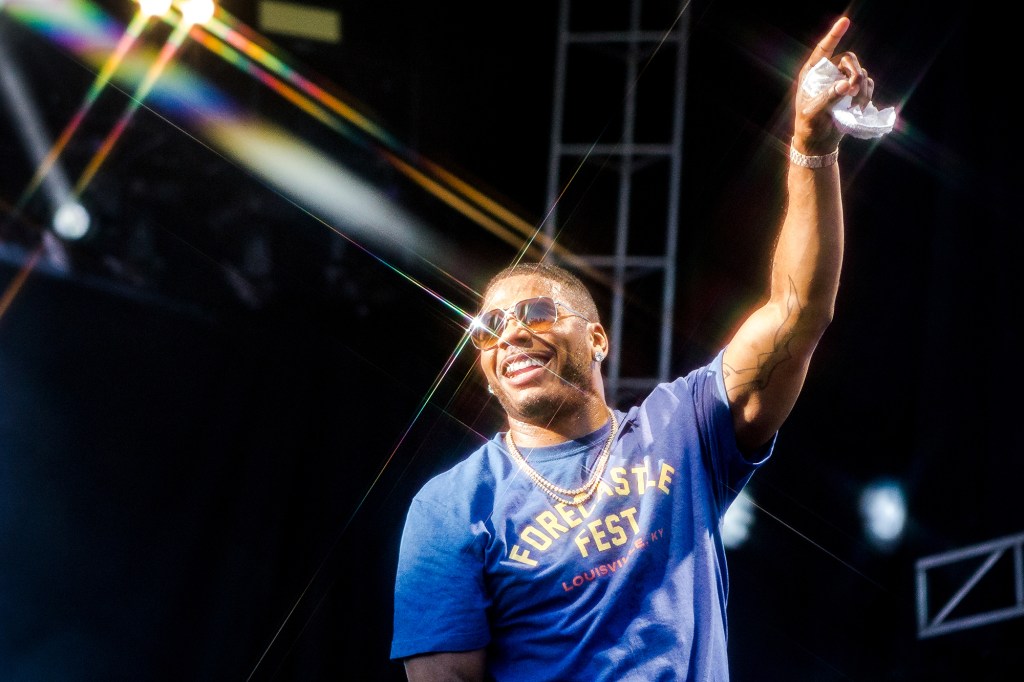 Best Throwback: Nelly
Three summers ago, Nelly’s 2000 debut Country Grammar sold its 10 millionth copy, elevating the St. Louis MC born Cornell Iral Haynes Jr. to a short list of living hip-hop icons to reach Diamond-certified status (Eminem, Outkast and MC Hammer are the others). Sweating it out with a massive, reverent Saturday afternoon crowd on the Boom Stage, Nelly, now 43, performed as if no time had passed at all, armed with a Y2K party playlist’s worth of rap radio staples both his (“Hot in Herre,” “Ride Wit Me”) and others’ (Mark Morrison’s “Return of the Mack,” Blackstreet’s “No Diggity”). First-wave-millennial festivalgoers — those in middle and high school when Country Grammar dropped — ate it up, as happy to throw it back to a simpler era of bling, braggadocio and speaker-shaking low-end as the outwardly grateful Haynes, who thanked the audience no less than 100 times, was to bring it to them.

Best Pinch Hitter: Big Freedia
Late cancellations from Chicago’s Noname and Miami’s Denzel Curry left Forecastle’s hip hop-head contingent crestfallen, and the announcement of Big Freedia didn’t do much to quiet the grumbling. Where Curry has earned acclaim for his introspective musings from the South Florida streets, bounce-music pioneer and LGBTQ icon Freedia’s high-BPM, hyper-repetitive style is positively anti-lyrical. Yet on a weekend where Freedia’s hometown of New Orleans narrowly dodged a tropical storm, the rapper and her two-DJ, four-dancer entourage’s Sunday afternoon appearance on the Ocean Stage under Interstate 64 served as a walking (or rather, twerking) celebration of the Crescent City’s unique culture of art, hedonism and eccentricity, and what thankfully wasn’t lost.

Best Downtime Activity: Jersey Spotting
Kentucky Wildcats-Louisville Cardinals is a college basketball rivalry rivaled only by UNC-Duke. So at an outdoor music event in the state’s largest city in the dog days of summer, you can bet attendees show their allegiances, often in unexpected ways. Sure, Bird and Irving Celtics jerseys are a dime a dozen anywhere, but when’s the last time you saw someone repping Ron Mercer, a Nineties UK legend-turned-NBA journeyman? Or Rajon Rondo with the Kings or Bulls, teams the ex-Wildcat played on for only one year apiece? Forecastle had both. As for Cards legends, this is a parallel universe where U of L alum and Utah Jazz shooting guard Donovan Mitchell has, in just three years, achieved Kawhi or Steph-level stardom. Grads of Indiana (2013 No. 2 pick Victor Oladipo) and Purdue (a rare Glenn “Big Dog” Robinson from the ‘96 Olympics — he didn’t even play!) just up the road got props too. But with Forecastle far from a strictly-regional concern, jersey sightings aren’t limited just to basketball, much less Kentucky, Indiana and Ohio teams and athletes. Also seen this year: a Jose Canseco A’s, 2002 NBA playoff nemeses Robert Horry and Vlade Divac (unfortunately not in the same place) and at least three varieties of Bo Jacksons (Royals, Raiders, Auburn University baseball), reaffirming Forecastle’s reign as the festival-jersey motherlode.