The Foo Fighters will release their ninth album, Concrete and Gold, September 15th via Roswell Records and RCA Records. The band has also announced a new set of fall tour dates as well as a massive one-day festival, Cal Jam 17, set to take place October 7th in San Bernardino, California.

Concrete and Gold is available to pre-order digitally and on CD and vinyl. A variety of merchandise bundles – some of which include Foo Fighters socks and a Russian nesting doll set – are available via the band’s website.

Concrete and Gold follows the Foo Fighters’ 2014 album Sonic Highways and their 2015 follow-up EP, Saint Cecilia. The band recorded the new album at Hollywood’s EastWest Studios with contemporary pop stalwart Greg Kurstin, who has worked with Adele, Sia, Pink and more. Foo Fighters frontman Dave Grohl said he became a fan of Kurstin through his indie pop duo, the Bird and the Bee, and thought his pop pedigree would create an interesting challenge for the Foo Fighters.

“So I think maybe Greg is the guy that we ask to be our producer because he’s never made a heavy rock record before and we’ve never worked with a pop producer,” Grohl said. The musician described the combination of their styles as, “Our noise and Greg’s big brain and all of his sophisticated arrangements and composition.”

The Foo Fighters previously teased Concrete and Gold with a surprise new song, “Run.” At a recent festival gig in Iceland they debuted another track, “Lah Dee Da.”

The Foo Fighters will embark on a fall tour in support of Concrete and Gold October 12th with a previously announced – and sold out – show at the Anthem in Washington D.C. Their new dates start October 14th in Richmond, Virginia and wrap December 12th in Salt Lake City, Utah. Capital One is running an exclusive pre-sale on Monday, June 26th at 9 a.m. local. Regular tickets go on sale June 29th at 10 a.m. local time (except for their November 8th show in Champaign, Illinois, which goes on sale July 13th at 10 a.m. local time).

As for Cal Jam 17, the Foo Fighters will headline the massive one-day festival at Glen Helen Regional Park, while the lineup also features Queens of the Stone Age, Cage the Elephant, Liam Gallagher, the Kills, Royal Blood, Japandroids, Wolf Alice and Bob Mould. Tickets go on sale June 29th at 10 a.m. PT via the Cal Jam 17 website. The festival is named after the original California Jam, a 1974 fest featuring Black Sabbath, the Eagles, Deep Purple, Emerson, Lake and Palmer and more. 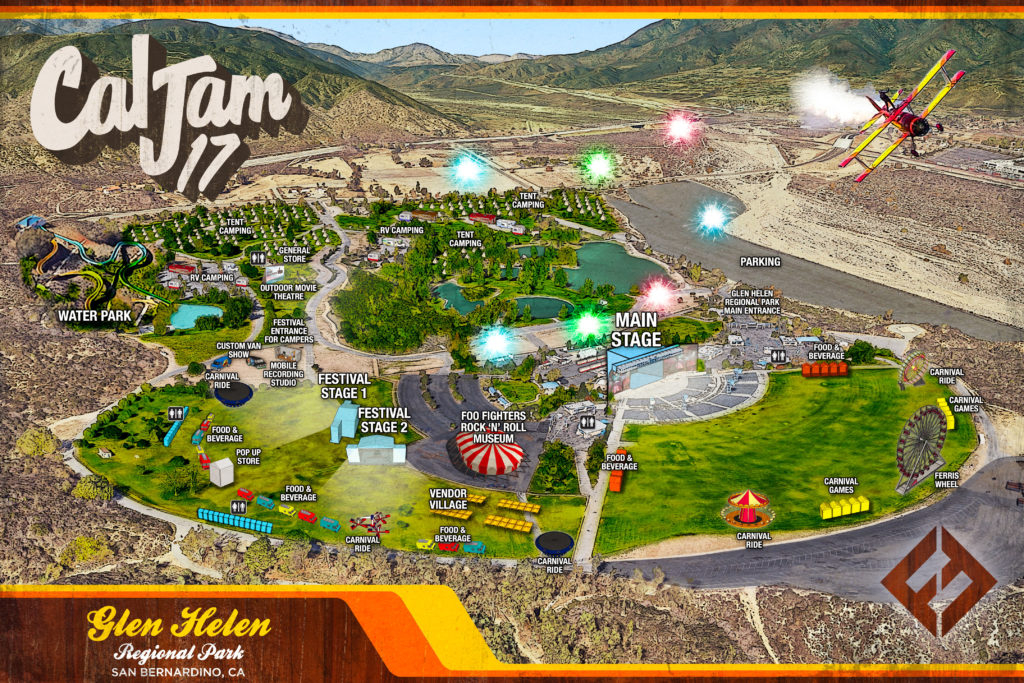