“I had to fall apart a bit,” says Florence Welch of How Big How Blue How Beautiful, the first Florence and the Machine album in four years. In the period leading up to the album, Welch, 28, endured a rough breakup with her boyfriend and was partying too much. Not only did Welch translate her hard times into her most emotionally intense album yet, she also quit drinking during the sessions. “I had quite a monkish existence,” she says. “I cycled to the studio, cycled home, read, ate, went to bed. It was like convalescing. But it really was magic.”

You played a killer set at Coachella, and also broke your foot. What happened?
Well, I told everyone in the crowd to take their clothes off. We’d been doing that at our shows, and my guitarist had been giving me shit for not taking off my clothes. So I was like, “Fuck it, I’ve got to do it!” and started taking off my shirt. Then I was like, “I’ve got to get down [into the crowd], with everyone else who’s getting naked.” I just did a particularly hard, fast jump offstage, and I was just like, “Fuck!” I managed to jump back on the stage, and that’s where my security guard found me, collapsed behind a speaker in a bra.

Watch Florence and the Machine's Big and Beautiful 'SNL' Performance

A lot of the songs on the new album are about being in a relationship with someone who is driving you away.
I had to experience it. I wouldn’t wish it on someone, but when you make something out of it, that’s what it was all for, I guess. The songs become these talismans, little spells that you’ve written that are just for yourself. And you can carry them with you.

You took a year off before making the new record. What did you do?
It was supposed to be a really nice time. Instead I got involved in this really confusing thing. I was trying to figure out what would make me happy: Was it partying? Was it a relationship? The break meant I had to face a lot of my own demons.

Was your drinking one of those demons you had to face?
Definitely. When you’re on tour, it’s catered for that. You can move on to the next city and the next hotel, and as long as the shows are good, it’s fine. But you can’t take that attitude into your own life. When you’re trying to live and love in a non-scheduled situation, you’re just like, “Oh, shit, I just keep fucking up. What am I doing?”

What do you mean by “fucking up”?
Like ending up on MTV News drunk. There was a big party at my house one night. I got really drunk, and we moved to the tiki bar that’s ’round the corner. I hadn’t performed in ages, and there’s a house band there playing, and my friends are tossing me shots, so I went up onstage. Two days later, I get a phone call from my manager. Someone had filmed me singing and screaming and taking shots. And it ended up on MTV News. I was like, “Oh, shit.”

You’re known for your wild outfits. Is it hard to keep coming up with new ones?
Right now, it’s been about simplifying. I think if you wear something, it kind of dictates how you perform. And so I think I wanted to make sure I felt as free as possible in the moment. I looked at Nick Cave, how he would just walk onstage in a suit. We’ve been looking at moving away from costumes. I like the idea of breaking down the boundaries between my real self and my stage self — to be as raw as possible. 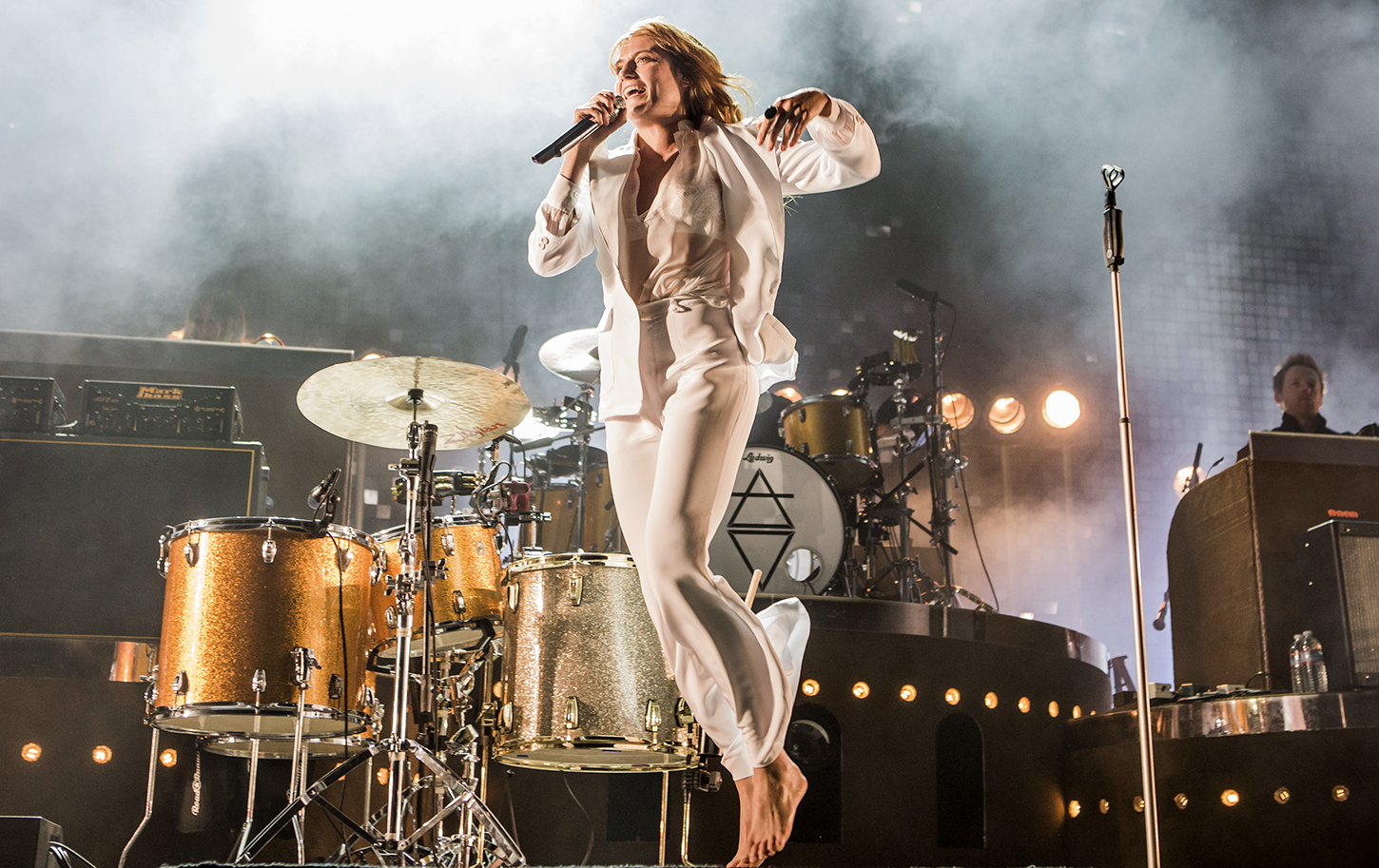 You used to try to communicate with spirits when you were younger, right?
Well, I was always sneaking into graveyards when I was younger. There’s something invigorating about being so close to death. And when I was 17, a little boy wandered out of the bushes at my grandmother’s funeral. I was like, “I’m going to pretend that I’m a ghost.” We had a matter-of-fact little chat before he walked back into the bushes. Then, I thought, “Shit, where did that boy come from? Maybe he was a ghost.”

You performed at Neil Young’s Bridge School Benefit last year. Did you get to meet Neil?
Yeah. He’s got such incredible energy. He said that when he first heard my record, he thought that I was a man with a high voice [laughs]. He was like, “I live in the mountains. I don’t know much media. I just thought you were a man called Florence. And I was like, ‘Hey, that’s pretty punk.’ ” I was like, “Thanks, Neil. Thank you so much.”