The Red Hot Chili Peppers bassist had a wakeup call around 2000 when he gave a talk to his alma mater at Fairfax Senior High School, only to find that the music room had no instruments. “They had maybe one or two acoustic guitars, a boombox, a volunteer teacher, and they were sitting around talking about music,” he tells Rolling Stone. “I was so disheartened. I was like, ‘Where’s the orchestra? Where’s the band?’ And I was told they cut out all the funding for that stuff. They didn’t have instruments for the teachers anymore. It really shocked me.”

After reading about a musical community center founded by jazz musician Horace Tapscott alongside his experience at Fairfax, he cofounded the Silverlake Conservatory of Music in 2001 with some of his friends. The school, a nonprofit that expanded from a small storefront into a new space in the Los Angeles neighborhood last year, offers private music lessons for orchestral and band instruments alongside ensemble classes; it also grants free lessons and instruments to qualifying students. Flea originally paid for the school himself, but has since started hosting annual fundraisers.

“I encourage everybody to reach out into the communities they live in and do what they can to help out.”

This year’s big show will take place on September 9th in the conservatory’s new space and will feature an art auction with works by Thomas Houseago, Alison Mosshart, Shepard Fairey, Ed Ruscha and Jonas Wood, among others. On the music front, Randy Newman, Anderson .Paak and, naturally, the Red Hot Chili Peppers are all set to perform.

“We play it almost every year,” Flea says. “This year we’re going to play acoustic and we’re going to be joined by the children’s choir from the school.”

He’s also excited to see the other artists. “I love [Anderson .Paak’s] record, Malibu,” the bassist says of the rapper who will be performing with his band. “I got the album a year-and-a-half ago and it really blew me away. It’s still high on my playlist. And Randy Newman’s new record is great, too. Just being a Lakers fan alone means you have to love Randy Newman, but what a great, great songwriter and important part of American music culture he is. He’s just a beautiful man.” 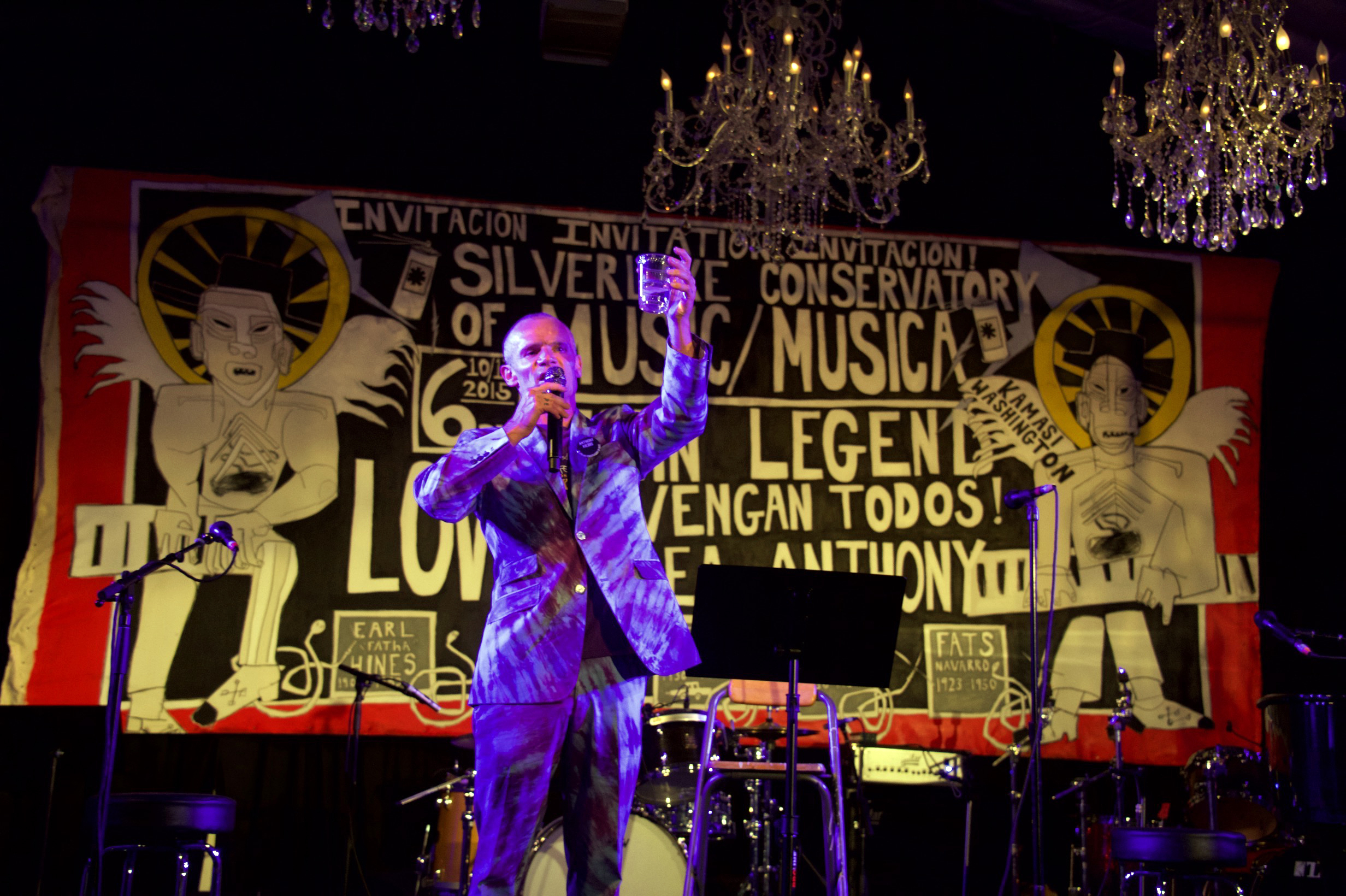 In years past, the conservatory would have had to rent out a theater for the benefit, which has featured the likes of Pearl Jam, Metallica, Patti Smith, Tracy Chapman, members of the Los Angeles Philharmonic and others over the years, but this is the first year it’s able to welcome donors into the school itself. “From years and years of doing the fundraisers, we finally bought a building and we have a really beautiful, big space now,” Flea says. “It has 12 private-lesson rooms, four classrooms, a big performance space, and we have about 800 kids that come through. Everyone that comes will be able to see the school, get a feel for what’s going on and be a part of it.”

Although the space has gotten larger, the school’s mission has not changed over the past 16 years. “The teachers have gotten better, and the way we run the group classes has gotten better,” Flea says. “Things have just gotten more organized in being able to facilitate what we’re doing in a more high-quality way. To be of service to the community is all we’ve ever really wanted.”

Flea and his team have also begun eyeing other communities in L.A. where they can realize the school’s vision of free or affordable music education. “This summer, I started a new school in the projects of Watts,” he says. “We started it by having a free music summer program, which just ended, and it was really, really beautiful and successful. So I’m looking for a building down there.”

Another catalyst for the bassist’s desire to start another music school has been watching the Trump administration and its proposed cuts to arts funding. “I worry about a lot of things that that guy says, but that affects my worldview personally,” he says. “It’s not just music, but the arts in general – wanting to cut the NEA.” The way to fight these types of cuts, he says, is to get involved on the community level – working on a smaller level. “You really see the results, which is awesome,” he says. “I encourage everybody to reach out into the communities they live in and do what they can to help out. There are people that don’t have money, people that don’t have food or an education or healthcare. And yes, getting to change things on a fundamental, institutional level is an awesome thing, but we can personally reach out in our communities to do stuff that is profoundly helpful.”

Without that sort of community outreach – and without music as an anchor – Flea knows the alternative. “When I was a kid, I was heading for trouble,” he says. “I was running around in the street, I was robbing, I was breaking into houses, I was doing drugs. I was cutting class and smoking weed – just headed to trouble. And the one thing that kept me together and kept me straight was music. The only reason I even went to school was because I liked playing in the band.”