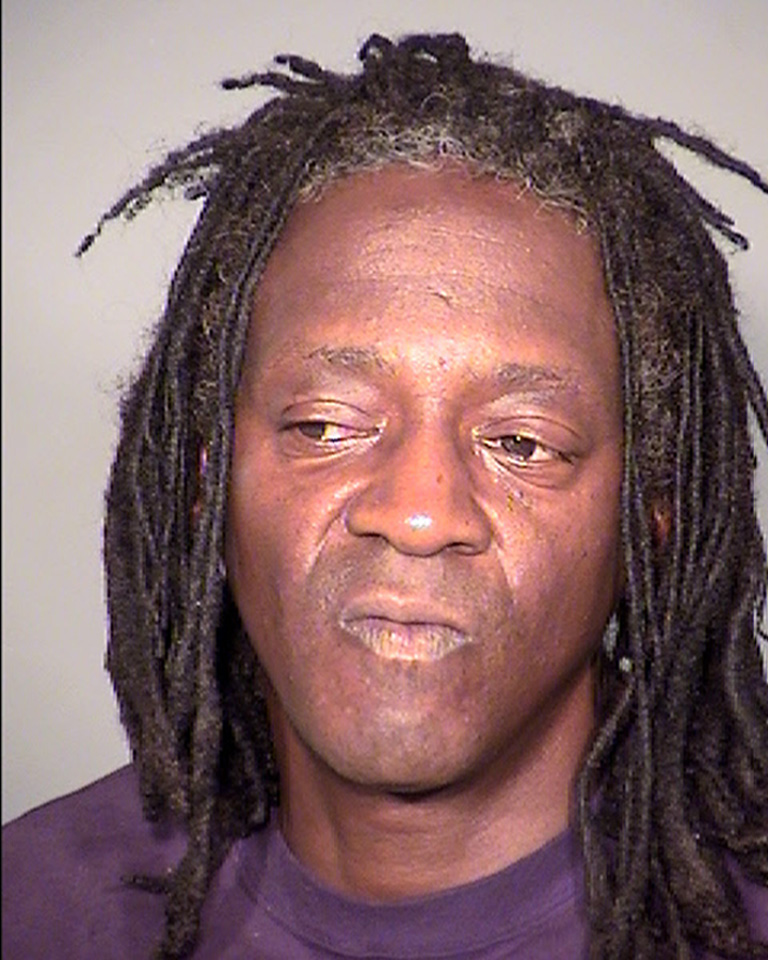 Flavor Flav was arrested and charged with speeding and driving under the influence after being pulled over on a Las Vegas freeway early Thursday morning. The Public Enemy hypeman was also charged with marijuana possession of less than an ounce, driving with a suspended license and registration and having an open container of alcohol. All six charges are misdemeanors. Flav posted $7,000 bail and was released from Clark County Detention Center Thursday.

According to the Las Vegas Review-Journal, Flav’s 2005 black BMW was observed after midnight driving 73 miles per hour in a 45 mph zone; the vehicle then accelerated to 87 mph when the speed limit jumped to 55. Flav’s car troubles have long plagued the rapper: In 2002, he spent nine weeks in New York’s Rikers Island for a handful of vehicle-related charges. He was also briefly jailed in Las Vegas in 2011 for driving without a license.

After 27 Years, Flavor Flav Is Ready to Be a Frontman

In January 2014, Flav was arrested for speeding on the way to his mother’s funeral in New York. A check of his license plate at the time revealed that the rapper’s driver’s license had been suspended 16 times. The rapper was charged with a felony stemming from the New York incident. (However, Flav was released in time to attend the funeral.) Earlier this year, Flav pleaded not guilty to that charge and other misdemeanors. If convicted for the New York arrest, the rapper faces four years in prison.

Flav managed to avoid prison time in March 2014 when he pleaded guilty to a 2012 domestic violence incident involving his longtime girlfriend, her 17-year-old son and a kitchen knife. The serious charges in that case were eventually reduced to misdemeanors and Flav was put on probation, which he didn’t violate when the rapper was hit with a citation for setting off illegal fireworks at his July 4th party last year.

Public Enemy are set to hit the road this summer for a string of dates kicking off May 29th at Napa, California’s BottleRock Festival.