Certainly one of the most rejuvenating aspects of today’s pop music scene is the fact that even now—more than a half-century after the likes of Chuck Berry and Bo Diddley established the essential roots of rock ‘n’ roll—good stuff still keeps being made!

Unfortunately, most of it resides in the candy rack at my neighborhood 7-11, right above the Reese’s Big Cups and those King Size Hershey’s Take 5s!

That said, today’s music scene isn’t so bad, either!

I like the stuff that has catchy rhythms, seductive melodies, unexpectedly sophisticated harmonies, and comes packaged with five dollar bills and pills that make you forget what year it is!

Oh, wait, I meant to write that a year from now! 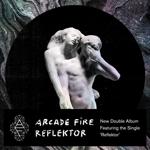 Arcade Fire: Reflektor (Merge) In a stunning twist, one of pop music’s biggest and most critically acclaimed bands now return with a great new album that deserves to be similarly big and critically acclaimed! A rich, highly appealing double-CD set boasting a memorable cover photo of little-known Renaissance sculptor’s Larry’s acclaimed work Maximus Handjobious, Reflektor is teeming with rhythms, beats, melodies, suggestions of mid-‘80s Talking Heads and that weird high-school cheerleading sound that a couple of British bands were employing maybe five years ago before they realized that the Internet would be the next big thing! Aside from the gaping error of the word “reflector” being misspelled—clearly these guys have never won big money by challenging fellow passengers in their cars about the precise significance of those occasional blue reflectors that pop up in the middle of roadways all over North America—hint: look for fire hydrants on the right side of the road!—this is pretty much a perfect record! Arcade Fire are so good that were I to be a young music enthusiast looking to break into the business, I’d simply completely give up, look into getting a degree in computer science, and maybe simply break into their respective bank accounts in five years and forget all that being-on-the-road hassle! Of course, that would be cheating! 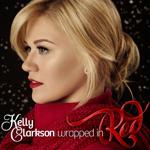 Kelly Clarkson: Wrapped In Red (RCA) While I’d be the first to admit that any artist’s initial appearance on American Idol or any other idiotic music reality show is enough to disqualify them from any sort of justifiable existence except as an air-breather, I suppose I must give Kelly Clarkson her due, as—what the heck—didn’t she give Clive Davis grief for something or other? That said, Christmas albums aren’t exactly massive artistic leaps, so how high should expectations be here? Well, since the album could well be either 1) Kelly’s unexpected full endorsement of the political affiliations of all of America’s so-called Red States (aren’t they the conservative ones?) or 2) A stunning tacit embracing of the, at this late date, fading Communist political system (hint: “red” equals “commie”) or 3) Just a fun-loving endorsement of one of the two colors that predominate during the upcoming holiday season, why bother having an opinion at all? When it comes to listening to appealing Christmas carols during the upcoming holiday season, it’s Kelly Clarkson for me, baby! You too? 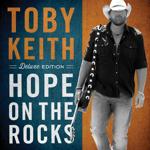 Toby Keith: Drinks After Work (Show Dog/Universal) One of the most successful country artists out there at the moment, the charismatic Toby Keith continues his devious plan to take America apart morally by a non-stop series of concept albums that are likely to leave the most conscientious and righteous among us feeling mildly squeamish. On the heels of A Subtle Discomfort With My Heretofore Accepted Lifestyle, its follow-up That Mild Tingling Sensation When He Looks Me In The Eyes, and unexpected successor My Husband Is Out Of Town And The Kids Are Sleeping At My Sister’s House, this new set is intense, surprisingly emotional, and—with the exception of unexpected U2 cover “I’ll Probably Be Out Fishin’”—nerve-wracking from beginning to end! Word is that next year’s Drinks Before Work will be the real mind-blower! 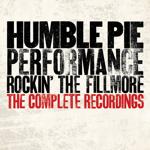 Humble Pie: Performance: Rockin’ The Fillmore – The Complete Recordings (Omnivore) I genuinely think this may be one of the very best live albums of all time: A near perfect rock ’n’ roll venture by a sparkling and well-pedigreed band at their commercial zenith, featuring an impeccable collection of blues-based covers, startlingly proficient guitarring by the combination of Peter Frampton and Steve Marriott, exceptional vocalizing by the same pair (plus bassist Greg Ridley), and a truly unique combination of pop, rock and blues that really and truly could have only sounded contemporary in the early ‘70s, when this was made. Saw the group then, in 1971, opening for Emerson, Lake & Palmer of all people, and fell in love with their style, their class, with former Small Face Marriott—whose delight in onstage obnoxiousness would rival David Lee Roth’s a decade later—and their ability to construct something entirely new with music forms that had already been out there for two decades or so. Anyone in love with the initial live album should go nuts for this ultra-expanded set, which features 4 discs rather than the initial double-set, and simply sounds better the louder you play it. An exceptionally great live set by a band caught at their veritable peak! Highly recommended.

Various Artists: Move Me Brightly: Celebrating Jerry Garcia’s 70th Birthday (Blu-Ray) (Eagle Rock) A Blu-Ray release of a live show we were fortunate enough to livestream on Yahoo, Move Me Brightly depicts a stellar array of musicians gathered in San Rafael, California’s TRI Studios celebrating what would have been the 70th birthday of the Grateful Dead’s late founder Jerry Garcia. Directed by Justin Kreutzmann, son of Dead drummer Bill, the live concert features an interesting batch of guests old and new—along with Deadfolk Bob Weir, Phil Lesh, drummers Kreutzmann and Mickey Hart and vocalist Donna Jean Godchaux are hipsters from Phish, the Black Crowes, Vampire Weekend, the Yellowbirds and more—and with music and interviews in total, over three hours of quality content likely to interest anyone interested in Garcia’s legacy. Exquisitely recorded, featuring players whose skills have not diminished in the slightest. Top-notch. 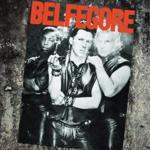 Belfegore: Belfegore (Real Gone Music) It would probably be inappropriate, contextually speaking, to label an album that is sixth in this week’s list of new releases as perhaps the greatest album of all time, but let’s just say that in 1984, the year this album came out, I worked at a well-known magazine that featured this band’s name on its cover for at least 18 consecutive months purely to convey their very godliness! A fabulous German outfit that combined all that was heavy with all that was metal with all that was new wave with everything anyone with any taste would ever want to hear, Belfegore were so frickin’ amazingly good, so excessively excessive, so tastefully tasteful, so perfect that even now there aren’t enough adverbs one can use to modify the verb that, of course, one would naturally need to describe what it is that they exactly did! Suffice to say that with hipsters like producer Conny Plank aboard, comparisons to Killing Joke and Public Image Ltd. floating about wildly, and a legacy that can only come with a national magazine featuring this band’s name on its cover for at least 18 consecutive months, Belfegore are simply the best band ever or, not to overstate the case, maybe ever better! 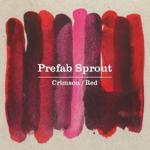 Prefab Sprout: Crimson/Red (Icebreaker UK import) On the subject of extraordinary album by bands that perhaps might be better known, here’s a heads up re the latest by the wonderful Prefab Sprout, who since the ‘80s, however irregularly, have been setting the standard for marvelous, complex, well-thought-out, catchy, clever and melodic pop music that, best of all, works, is never overly self-conscious and always great fun to listen to. At the moment only available from overseas sources, the new set is the work of bandleader Paddy McAloon himself—all overdubs, no real band—but the sound is quintessential Sprout and entirely exquisite. Supple enough to appeal to music fans both young and carefree and old and jaded—the songs work on either level—Crimson/Red is, refreshingly, the sort of album that was constructed because it seemed like a good idea to construct, instead of being a shortcut to making massive moolah. What a notion! Seek this one out. 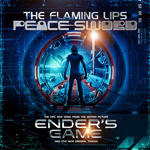 The Flaming Lips: Peace Sword EP (Warner Bros.) A quick word regarding the latest by the always-fun Flaming Lips: This new set–a half-dozen songs including a title track penned for the upcoming Ender’s Game film, all of which debuted on separate internet sites this week—is quite good, impossible to peg stylistically, and the best evidence possible that, however flukeish it may be, major-label signings the Lips perhaps have more artistic freedom than any artist you can name. Their heads, hearts and songs are all in the right place, and the fact that catchy and commercial melodies are not outside their realm, on occasion, is all the more remarkable. If they had one more major hit, they would not just be weird, they would be really, really weird. Here’s hoping that happens. 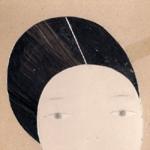 Momus: Bambi (American Patchwork) I remain in awe of the freakishly creative Nick Currie, the colorful character who continues to release album after album—maybe two dozen or so now—of consistently creative, inventive music that has never once lost its spark, though its wick has dampened on occasion. Within the past year or two there have been three exemplary albums by him: Sunbutler (with Joe Howe), MomusMcClymont (with David McClymont of Orange Juice), and this latest set, all of which are slightly different in tone, commercial appeal, but—as is his way—never intellect or wit. Intricate, subtle stuff, which might have eternal value were it not loaded with catchphrases and tech-lingo that will render it charmingly dated in milliseconds. But at least someone’s doing it. More info here. 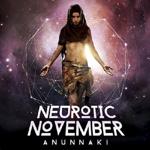