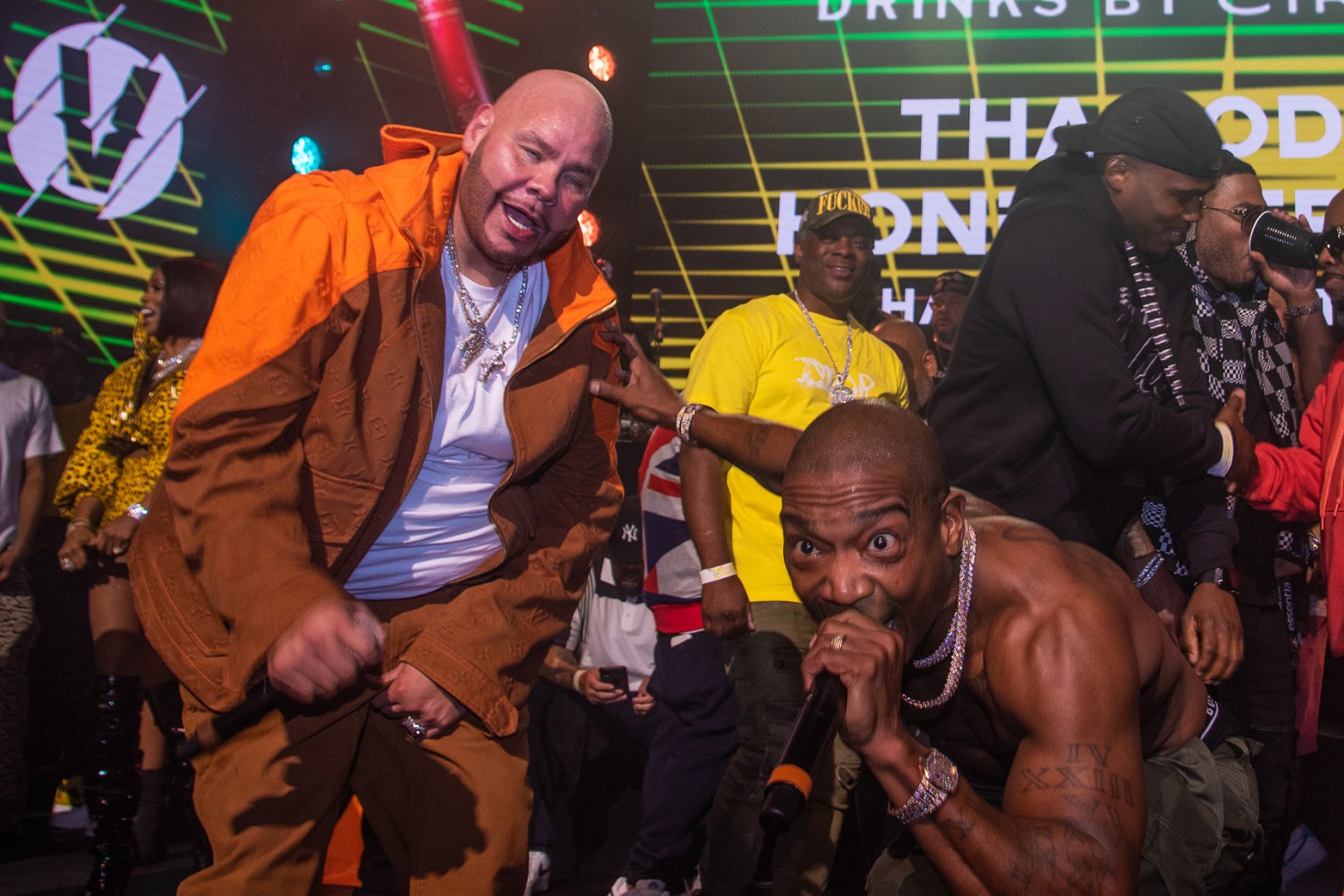 Late-Nineties and early-2000s NYC hip-hop heroes Fat Joe and Ja Rule were the latest rappers to go toe-to-toe on Verzuz. Photographer Ismail “Calligrafist” Sayeed was on hand to document the bout and shared his photographs with Rolling Stone.

On Tuesday, September 14th, the pair took the stage at the theater at Madison Square Garden, where they each played their biggest hits, a couple of deep cuts, and welcomed a variety of guests — a necessity considering how many of both Fat Joe and Ja Rule’s most famous songs are collaborations. To that end, Fat Joe enlisted Nelly and Remy Ma for songs like “Get It Poppin,” “All the Way Up,” and “Lean Back,” while Ja Rule brought out Lil Mo and Vita for “Put It on Me” (some guests even got the spotlight to themselves, with Nelly doing “Hot in Herre” and Remy Ma doing her verse from the remix of M.O.P.’s “Ante Up”).

Ashanti was also on hand to perform the respective tracks she made with both Ja Rule and Fat Joe, the former’s “Mesmerize” and the latter’s “What’s Luv,” which of course also features Ja Rule (during “What’s Luv,” Ja even lamented that he gave Fat Joe that chorus, quipping, “Out of all the hooks I ever wrote, I wish I had kept that one”). Jadakiss also proved to be another link between the two rappers, showing up for a rendition of Ja Rule’s “New York,” which also features Fat Joe.

On top of all the music, there was, of course, plenty of good-natured smack talk between Fat Joe and Ja Rule. Ja Rule proudly embraced his title as the first singing rapper, telling Fat Joe, “You getting bodied by a singing rapper!” Joe, of course, dropped plenty of references to Ja Rule’s involvement in the cataclysmic Fyre Festival, though maybe his biggest flex was the one that doubled as an act of gratitude — gifting brand new Hermes Birkin bags to Remy Ma and Ashanti.