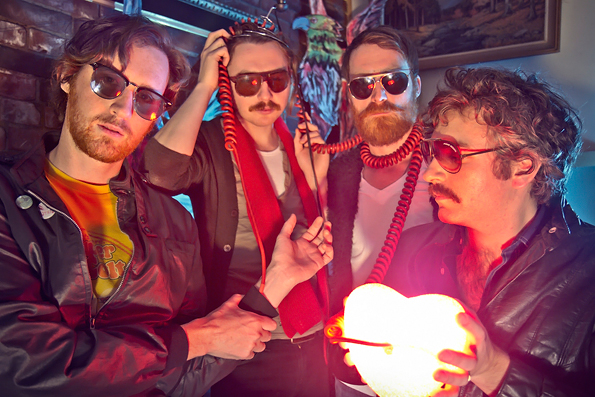 Click to listen to Zeus’s ‘Anything You Want Dear’

Canadian indie band Zeus will release their second album, Busting Visions, on March 27th. The album’s second single is the upbeat, call-and-response-fueled “Anything You Want Dear,” which singer Mike O’Brien says was a late addition to Busting Visions.

“The song was spawned from a guitar hook that had been kicking around in my brain for at least a couple of years. I was inspired during the recording sessions for Busting Visions to pull it out and rework it. It’s a great representation of the talents of all four Zeusmen,” he says. “Lots of harmony singing and call-and-response vocals, dueling guitar licks, a killer bass line that sometimes serves as a lead and some killer drum fills to boot. A later arrival to the record that somehow summed up a lot of what we had been working on.”

You can download Zeus’s “Anything You Want Dear” for free here.