It’s an inspiring week in the world of pop music!

Tom Petty & The Heartbreakers’ extended “club gig” at LA’s Fonda Theatre was shut down by fire marshals Saturday night due to overcrowding!

The week’s most-anticipated new release? By none other than up-and-coming rockers Black Sabbath!

And in an ironic twist: At any given moment, one third of the world’s population is sleeping! 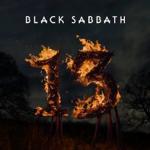 Black Sabbath: 13 (Republic) There is a certain segment of today’s rock audience that has ascribed almost mythical importance to Black Sabbath, largely because of their perceived influence in the rise of what we now call heavy metal, and the fact that their plodding simplicity, topped off by the charismatic howling of lovable frontman Ozzy Osbourne, really has no cultural equal. In other words: they rock! This new set, which features original band members Osbourne, Tony Iommi and Geezer Butler, actually sounds like Black Sabbath—which in this case, by definition, is not an insult—and with tracks like openers “End Of The Beginning” and “God Is Dead?” (with age, everyone hedges their bets), they evoke a warmth and nostalgia not felt since the glory days of “War Pigs” and “Fairies Wear Boots.” Wisely they long ago set a career course for the loud & intense slow grind–meaning that if they reunite again in 10 more years and devote an entire album side solely to the opening riff of “Iron Man,” it will be perceived as the art statement it was always meant to be! Once again: everybody wins! 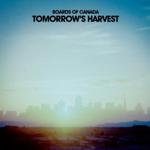 Boards Of Canada: Tomorrow’s Harvest (Warp) It’s been many years since Edinburgh’s Boards Of Canada offered up a new album, and much has changed in the interim—terms like EDM have already become a vast cliché, the year’s biggest new album is by yet another electronic duo, albeit one wearing helmets, and what was once “outside” music has now been thoroughly absorbed by the mainstream. And this is good. There are 17 tracks in all here, none of which sound particularly similar, but all of which are subtle, melodic, occasionally droning and/or percussive, and, eight years since their last album The Campfire Headphase, stand as a marvelous addition to their catalog. Recommended. 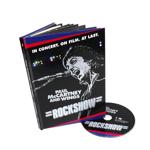 Paul McCartney: Rockshow Blu-Ray DVD (Eagle Rock) How strange that perhaps the most successful songwriter of the 20th century had to spend so much of his career—however exceedingly great it was—in the shadow of his earlier, larger success, but so it was, and is, for Paul McCartney. This live document—issued previously on videotape and laserdisc but now fully gussied up on Blu-Ray with a superb 5.1 audio mix–is a good a chance as any to revisit McCartney’s post-Beatles past and examine the scarily good stuff he produced thereafter with Wings. Sure, there are some scattered Beatles tracks, but it’s the Wings material—the string of hits represented by “Jet,” “Listen To What The Man Said,” “Silly Love Songs” and “Band On The Run”—that is the big win here. It’s all exceptionally well played, and the opportunity to hear such tracks as “Magneto And Titanium Man” presented live, in their mid-‘70s proper context, not only enhances McCartney’s legend but perhaps will win him some new fans among the generation born after Wings disbanded. Weird, that. 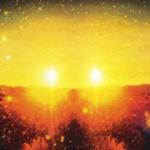 Steve Kilbey & Martin Kennedy: You Are Everything (Steve Kilbey & Martin Kennedy) Steve Kilbey–founding member of Australian rock heroes the Church—is not only still here, but still making the sort of fascinating and individualistic music that has long been his trademark. Back with the similarly skilled Martin Kennedy, whose lower-keyed All India Radio has likewise staked out significant artistic ground, the pair have crafted an arty, swirling set best suited for late-night listening and likely to appeal to fans of intimate, moody music, the sort at which Kilbey & Kennedy especially excel. While nothing screams out massive radio hit—at this point, what really does?—there’s enough substance here to last any serious music fan a very long time. Further details here. 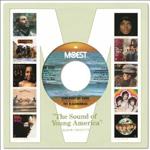 Various Artists: The Complete Motown Singles Vol. 12A: 1972 (Motown Select) I would say that aside from the freakishly fanatical compilations put together by the German Bear Family label, you can’t top this fantastic project methodically being produced by the Motown Select label. The latest in a series that is perfectly described by its title, this new set—5 discs in all—is, as is the tradition, exceedingly well annotated, and jam-packed not only with expected hits but, even more intriguingly, the oddities and sonic ephemera that Motown dutifully manufactured and sent off to radio stations hoping for a hit, however unlikely. Thus sitting aside the A & B-sides of such well-known names as the Jackson 5, the Temptations, Marvin Gaye and Stevie Wonder are the likes of Crystal Mansion, Blinky, Suzee Ikeda, Howl The Good, XIT and, er, Vincent DiMirco. Good stuff? Well, not all of it—but track for track, fascinating listening and a great showing for a label many then thought was past its peak. Kudos to all involved. 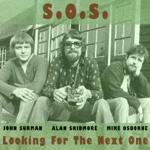 S.O.S. (John Surman, Mike Osborne, Alan Skidmore): Looking For The Next One (Cuneiform) Fans of the unique jazz sounds emanating from Britain in the late ‘60s and ‘70s are likely already aware of this UK “super trio” which teamed three exceptional saxophonist/multi-instrumentalists to spectacular effect on their sole Ogun Records release in 1975. Though scattered few radio sessions followed, little more ever came from the trio: Osborne stopped working in 1982 and eventually passed away, and Surman and Skidmore followed their own successful solo paths. Coming so late after the fact, this 2-CD set is an absolute treat: featuring previously unissued live and studio material, everything here is equal to what was heard on the Ogun set, and more. Despite the three-sax line-up, the trio were adept at switching off instruments, meaning that drums and keyboards appear regularly—and the material, whether improvised or composed, is never less than top-notch. Large thanks to the label to making this material available; it is oftentimes extraordinary. 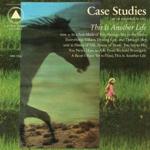 Case Studies: This Is Another Life (Sacred Bones) I don’t want to give any art director more than his or her due, but I am predisposed toward assigning extra significance to any label that however consciously and/or deliberately evokes the graphic design employed by Odyssey Records, Columbia’s budget classical label of the late ‘60s and ‘70s—and Sacred Bones people: you rule! A fine second album from Jesse Lortz, whose previous The World Is Just A Shape To Fill The Night was in its way quietly remarkable. Similarly singer-songwriterish, and filled with well-played, understated instrumental backing, This Is Another Life is strong throughout–at times evoking the sonics of mid-‘70s Leonard Cohen and (somewhere on this record, I forget where, and I hate to say it) David Blue, but by no means deliberately retro. Substantial, good work from a writer getting better every minute. 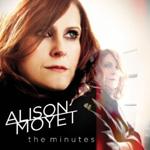 Alison Moyet: The Minutes (Cooking Vinyl) Between the inevitable nostalgia effect ‘80s hitmakers fall victim to and last decade’s rise of prominent British singers—Winehouse, Duffy, and of course Adele, etc.—it might seem natural to place singer Moyet, for better or worse, as part of the “old guard” in 2013. That would be a mistake, as The Minutes illustrates: Her well-known voice has lost not a bit of its soulfulness and warmth, and the material heard here—co-written and produced by Guy Sigsworth—is thoroughly modern and, yes indeed, quite good. Stylistic changes abound—subtle stuff, strings, dance rhythms, electronics—and Moyet seems, yet again, easily the equal of her modern-day contemporaries. A fine return to the spotlight for a much-loved voice. 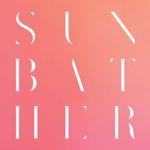 Deafheaven: Sunbather (Deathwish) A startlingly good record from a San Francisco band that—unusually but very capably—manages to blend the most compelling aspects of black metal with the psychic wash provided by, say, My Bloody Valentine in its early prime, Sunbather is highly adept, artful and, considering their chosen genre, surprisingly advanced. Blessed with a wonderful album title and cover—not exactly what you’d get from, say, Goatwhore—Deafheaven’s latest is, surprise of surprises, something quite new and very worthy. 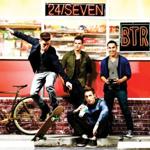 Big Time Rush: 24/Seven (Columbia) More surprising than their long-awaited induction into the Rock And Roll Hall Of Fame, famed Canadian trio Rush have upped their game substantially with this new album! Likely issued to take advantage of their return to the spotlight—could the name-change be any more self-effacing?—highlights include “Blah,” “Blah,” and extended mini-epic “Blah.” Canada, as always, remains cool!