“We wanted to celebrate the closing of True West with something beginning,” Ethan Hawke said Saturday night at a New York City party celebrating both the closing of Hawke and Paul Dano’s performance of Sam Shepard’s drama True West and the album release party of singer-songwriter Ben Dickey.

Dickey, a longtime friend of Hawke who came to prominence in his lead role in last year’s Hawke-directed biopic Blaze and is now signed to Hawke’s label, led his five-piece band at the “Departures and Arrivals”-themed album release party through a blistering, 16-song, special-guests-filled set that mixed originals from his new album A Glimmer on the Outskirts with a slew of covers by everyone from the Rolling Stones and Nina Simone to Townes Van Zandt and Blaze Foley.

'The Truth' Review: Who Wants a French Screen-Legend Stand-Off?

Ethan Hawke introduced Dickey’s performance with a touching personal speech that explained what he saw as the evening’s cosmic connection between poetry, theater and music: “Whether it was Hank Williams, Sam Shepard, John Malkovich or Steppenwolf, I wasn’t sure what dream I was chasing, but I knew that whatever they did, that was it,” Hawke said. Later, during his performance, Dickey told the story of being with Hawke in Canada in 2017 when they learned that Shepard had died, the events of which inspired Dickey’s Glimmer highlight “The Man With the Hammer.” 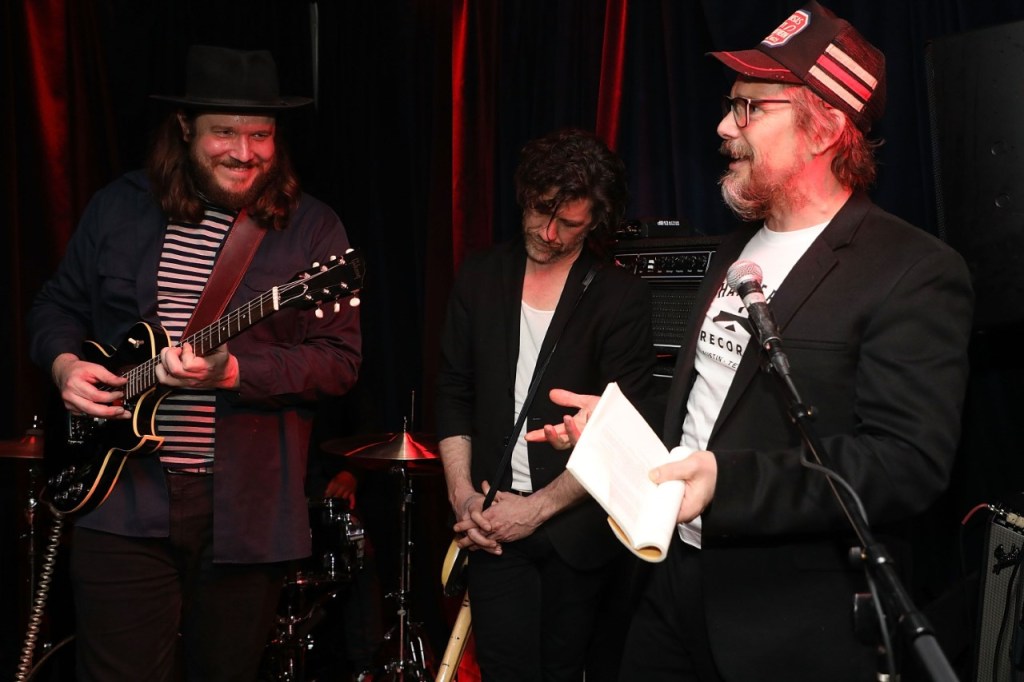 Dickey’s five-piece rock and roll outfit served as a consummate party band during their hour-plus set, which culminated with a thrilling three-song run with Leithauser, who covered Leonard Cohen’s “Don’t Go Home With Your Hard-On,” the Rolling Stones’ “Crazy Mama” and LaVern Baker’s “Saved,” before Dickey ended the evening with a rowdy rendition of Roger Miller’s “King of the Road.”

“It’s really good to have an excuse to party,” Hawke told the crowd earlier in the evening, “And it’s very hard to say goodbye to a character. You spend years of your life warming up to try to really to do something with regards to stepping inside the shoes of another human being. It’s a very bizarre and weird thing to do, and one of the hardest things to do is to let go of it. So one of the ways to do that is to get extremely drunk and play music.”