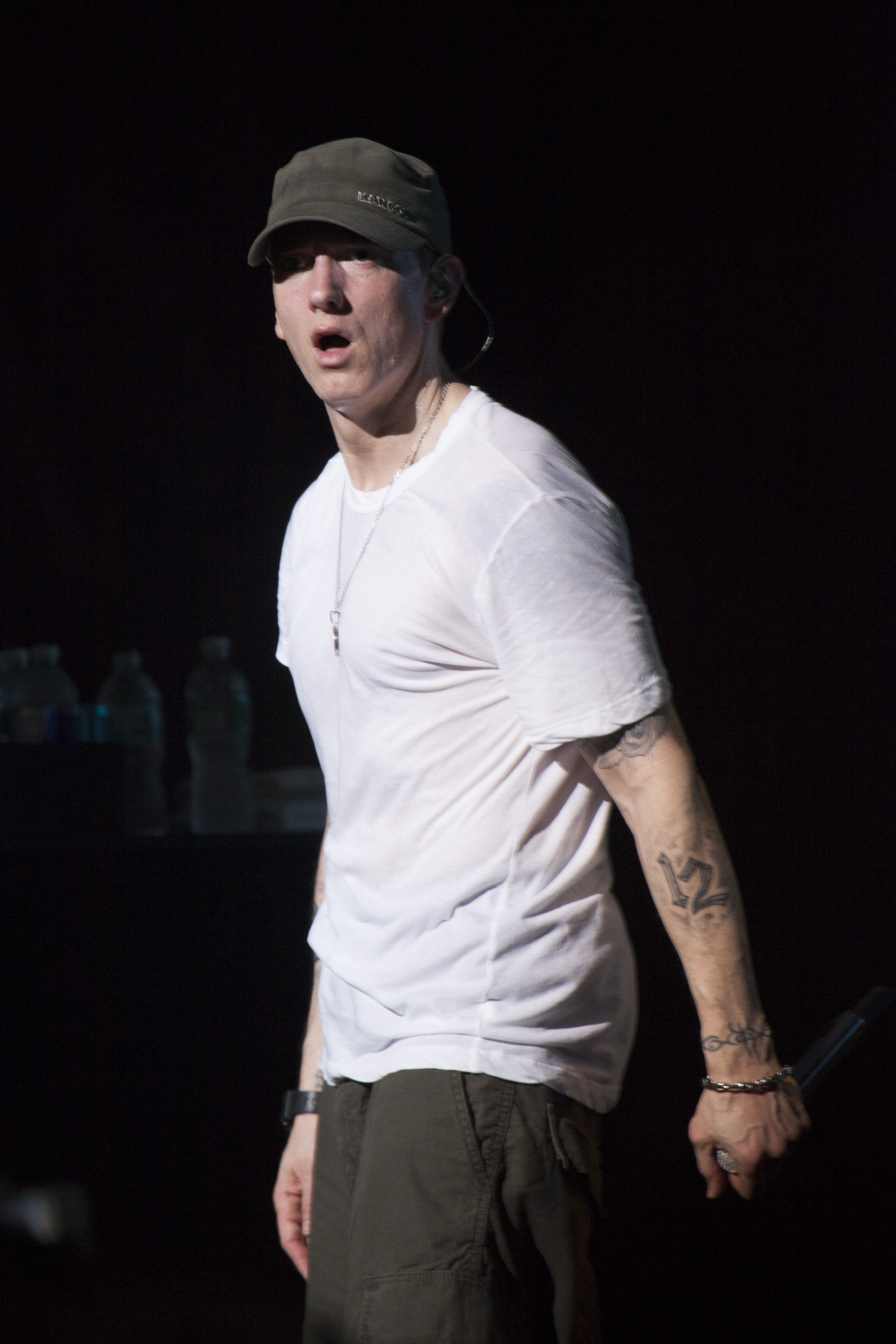 Eminem has opened up about his prescription pill addiction and how his habit caused a huge weight gain in a revealing new article. Speaking to Men’s Journal, the rapper also discusses how working out assisted in the recovery process and the various workout routines he now employs to stay lean and sober.

“In 2009, I overdosed on pills, and I went into the hospital. I was close to 230 pounds. I’m not sure how I got so big, but I have ideas,” Eminem says in his first-person account. “The coating on the Vicodin and the Valium I’d been taking for years leaves a hole in your stomach, so to avoid a stomachache, I was constantly eating — and eating badly. When I got out of rehab, I needed to lose weight, but I also needed to figure out a way to function sober.” Eminem’s drug problem weighed heavily on his 2009 LP Relapse and its 2010 follow-up Recovery.

First, the rapper turned to running – “I became a fucking hamster. Seventeen miles a day on a treadmill” – and while that helped Eminem drop down to less than 150 pounds, it eventually took a toll on his legs. He then moved to workout DVDs like Shaun T’s Insanity, P90X and, most recently, the Body Beast workout.

“I guess I’m pretty compulsive working out. I feel like if I step away from it for too long, if I have a crazy week and take a five-day break, it’ll be like starting over,” Eminem says. “I’m afraid that if it goes beyond that, I might lose the motivation. Once you’re at a place where you’ve made progress and you’ve got some time invested in it, you don’t wanna quit and give up what you started.”

Eminem’s fitness revelations come a week after Southpaw, a boxing film featuring a soundtrack executive produced by the rapper arrived in theaters. In a recent Twitter Q&A, Eminem admitted that he was recruited, at one point, to star in the film, but ceded the role to Jake Gyllenhaal.