On December 19th, the Washington Post published an article about a mother of six who posted on Craigslist asking for help from strangers. As Tyshika Britten wrote in her plea, the family was facing eviction and had no money for Christmas gifts.

Both the Craigslist post and the article ended up going viral, with the Rock and Roll Hall of Fame-bound Vedder eventually spotting the story.

“I was just so moved by the story and what this mother did for her children,” Vedder told the Washington Post Sunday. “I thought those kids must be so proud of their mother for reaching out. That takes a lot of courage.”

Vedder added that Britten’s struggles reminded him of his own childhood – “There were years there were toys from Santa, but they were used and they came from garage sales and they didn’t always work” – and that he wanted to provide the family with a “tourniquet” toward ending their troubles. 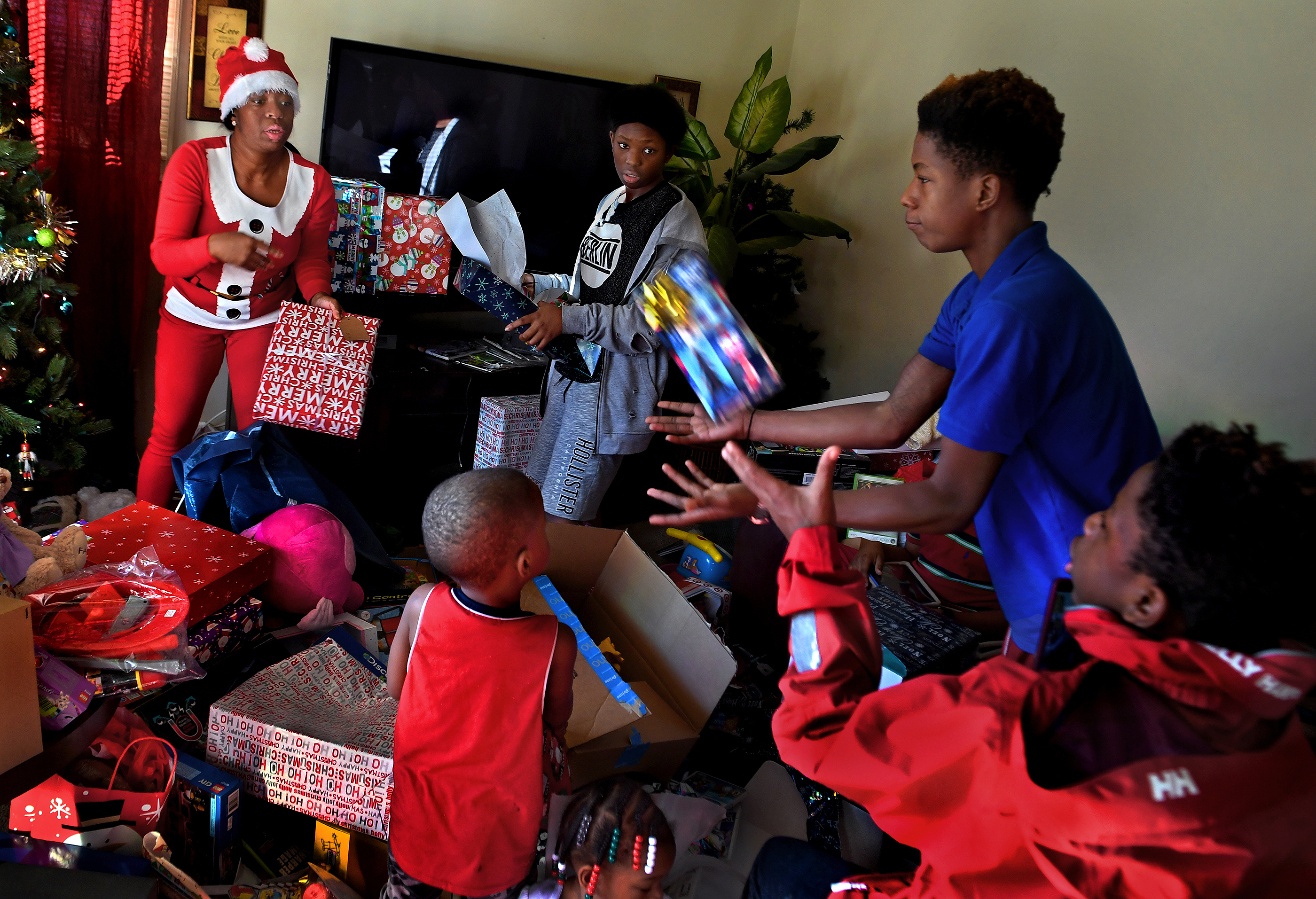 Upon receiving the check and seeing Vedder’s name, Bretton asked, “Is he in a band?” A Google search revealed to the mother that the patron was the lead singer of Pearl Jam; the family has since been watching the band’s concerts online, the Washington Post notes.

In addition to Vedder’s check, Bretton’s family has received gifts ranging from a Kindle to a puppy that someone dropped off at their house. A GoFundMe page for Britten’s family has also raised over $18,000, triple its $6,000 goal, which will go towards giving the family a “head start” for the next chapter in their lives.