In the hedonistic new memoir 18 and Life on Skid Row, Sebastian Bach details his excessive life fronting glam-metal stalwarts Skid Row and his career resurgence as a leading Broadway star. Like The Dirt, Motley Crue’s tell-all that serves as the wild, debaucherous template for all metal bands that came up in the 1980s, Bach is brutally frank in his description of life on the road and exploits with Metallica, Ozzy Osbourne and Guns N’ Roses, among others.

Written in a funny, everyman style, 18 and Life on Skid Row finds Bach as one of rock’s most affable frontmen, blending absurd “How is this my life?” stories with brash confidence and trash talk.

In two exclusive excerpts from his memoir, Bach details a Metallica rooftop photo shoot gone very wrong and an unfortunate night at Los Angeles bar the Rainbow with Guns N’ Roses’ Duff McKagan and Metallica’s Lars Ulrich in which the singer learns the hard way to never try Quaaludes again.

We decided to go hang out with our good buddy Lars Ulrich … We started our day going down to the CN Tower and getting drunk. Lars was in tourist mode that day, and being European, probably felt the Canadian vibe. Up to the top restaurant we went, to the bar of course, for brunch. Drink a bunch of booze, and then decided to leave. The restaurant was the “spinning” kind, revolving 360 views around the city of Toronto. I don’t know we realized it was motorized. Any room would have been spinning in the state we were achieving.

We made it down to the bottom of the CN Tower and drunkenly bought trinkets at the gift shop. Into the cab, up Yonge Street, to the Gasworks. My old haunt. It felt great to strut in there with the drummer of Metallica on a hot summer day. We proceeded in the Canadian national pastime: Sit on the patio and drink beers.

This day was similarly debauched. Rolling onto the Gasworks patio, I had somehow let my friends know we were going to be there. Rick and my buddies from Peterborough showed up. We all started drinking. Lars, at about three in the afternoon, whips out a bag of cocaine. Dumped it down right on the table, while businessmen and families were walking past. We started snorting lines in the middle of the beautiful sunny day, on a quaint, Canadian terrace, breathing the fresh, crisp air through the pure cocaine we shoved up our faces.

“With a sickening crrrrasshhh, the wheel sailed through the air straight to the windshield of the SUV.”

The owner of the establishment came out and said, “Sebastian!” He looked horrified. “I can’t let you just do that right here in the middle of the table!” Lars and all of us, fueled by booze, just turned and looked at him and laughed. Like this guy was going to throw out me and Lars Ulrich? Out of his rock and roll bar? In 1990? Of course he wasn’t. So, we kept inhalin’, like Van Halen.

Metallica had a photo session set up the next day with the world-renowned rock photographer Ross Halfin. They asked me to come along and hang out. We ended up at a studio somewhere on Queen Street, I believe.

I had brought a case of beer, probably Labatt’s Blue. We cracked it open and started drinking. Jason Newsted was brand-new to the band. Started copping a pretty good buzz. Someone had the idea to take the photo shoot up on the roof.

By this time, we had killed half a case and were feeling pretty good. Since I wasn’t working, I probably imbibed more than the guys in Metallica, but I remember James in particular was feeling no pain for sure. We are on top of the roof with a great view of Toronto. For some reason, there was a bicycle up there, next to some air ducting. I got on the bike and start riding it around the roof. We laughed.

As I put the bike back, I discovered the front wheel was detachable. After a couple more Labatts, I started rolling the wheel of the bike around the roof of the building, for fun. I got a little carried away. Give it a little more torque than I should have.

The front wheel of the bike went flying across the roof of the building. It hit the lip of the eavestrough, and soared into the air above. James and the rest of Metallica ran to the edge of the building and looked in shock into the sky above, at this lone bike wheel, spinning madly in space.

Collectively, we gasped in horror at what might happen. On the streets below, this was a busy day, in the middle of the city. There were people going to work. Coming home from school. Going to the grocery store. This is ridiculous.

The bike wheel shot up to the air, and then begins its descent to the ground far below. We were next to some sort of alley. Underneath was a brand-new Mercedes-Benz SUV sports-truck-type vehicle. Black. Shiny. Obviously, this year’s model. Somebody had worked super hard for this vehicle, and had gone to the necessary precaution of parking in this alleyway, but surely no harm to come to it.

That was before Metallica decided to do a photo shoot on the roof.

With a sickening crrrrasshhh, the wheel sailed through the air straight to the windshield of the SUV. Neat and precise, the whole windshield was destroyed. Nobody was hurt. But at the sight of this brand-new SUV, with a bicycle wheel now lodged in between the driver’s and passenger’s seat, smashed glass all around, and the alarm sounding, James Hetfield let out a roaring laugh, turned around, and said, “Oh my fucking God.” We got the fuck out of there.

The rooftop photo shoot was over. 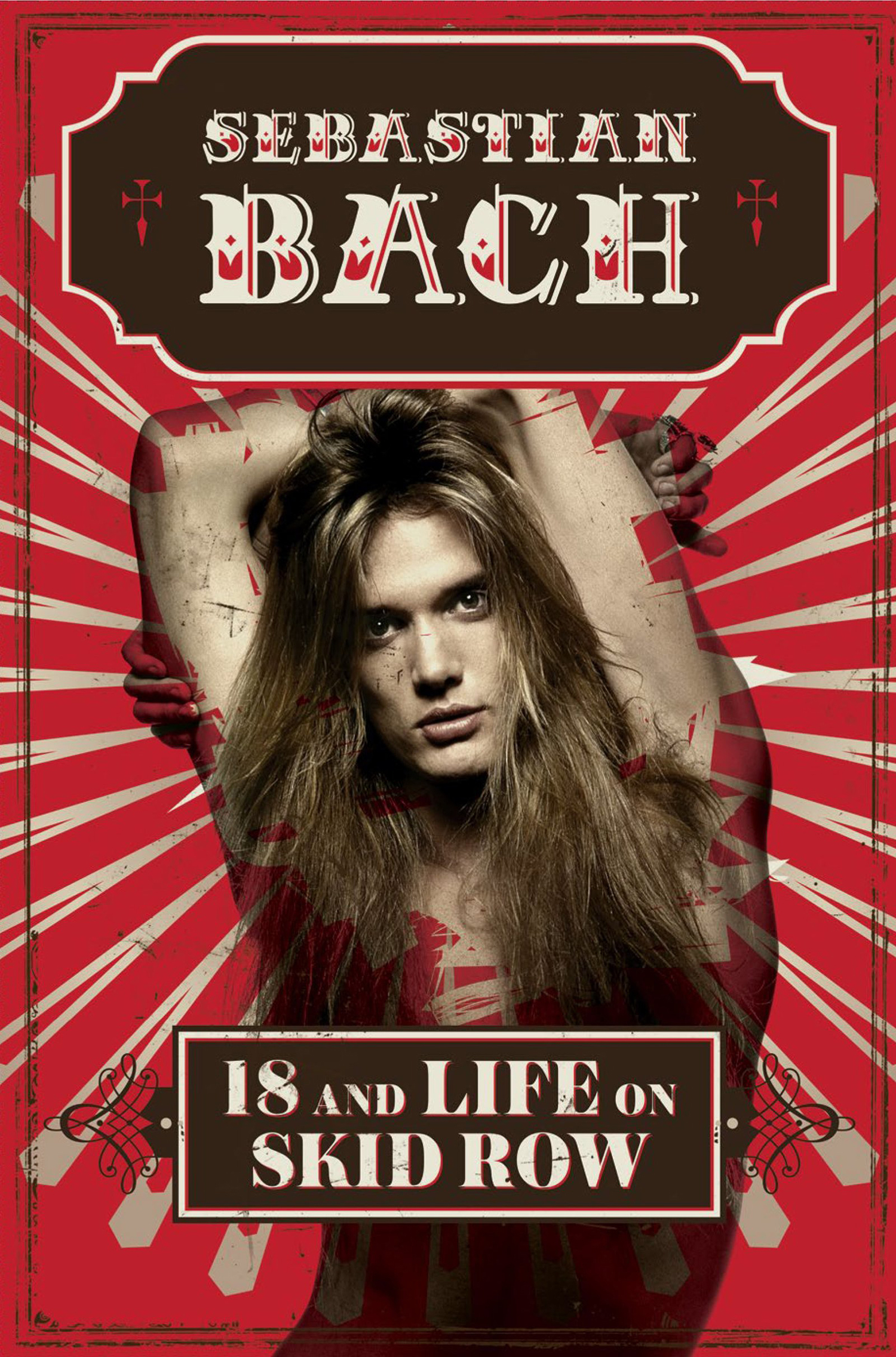 The next time I saw Lars was at the Rainbow in Hollywood. Duff McKagan was there, back when he still had an intact liver. This was one of the nights we were out to do some damage.

I had heard about, but had never actually seen, the legendary drug known as Quaaluds. Always in stories regaling the ’70s, there would be mention of this mysterious drug that I had never come in encounter with in my time. I heard about it and wondered about it. This night at the Rainbow would be the one and only time I have ever seen, and tried, Quaaludes.

After who knows how many hours drinking with Duff, we found ourselves somehow underneath the back corner table of the Rainbow, which has always been the best place in the world. Always open to serious rock and roll animals such as myself. The recent passing of Lemmy is just yet another marker of the end of an era. It is incredible how the Rainbow is still there today, surrounded by development, major hotels coming up all over the Sunset Strip. The Rainbow remain. This is where Joe DiMaggio got engaged to Marilyn Monroe, back when it was called The Grove. And this is your place where Sebastian, Duff and Lars did Quaaludes. Talk about Hollywood history.

You would be surprised to see the underbelly of the Rainbow. I have never been, nor have I seen since then, underneath the tables in this fine establishment. But on this night, I found myself looking up from the floor to the underside of the table. All kinds of graffiti, autograph, and of course, chewing gum, stuck all over the place. Me and Duff did a couple of bumps under there, and then came back up top. Somehow we had Quaaludes. Fuck it, let’s do Quaaludes now! Finally!

Who knows how or where we got them, but we put them into our mouths. They were big, hockey-puck-shaped pills. As the night went on, the drugs began to hit me. I became very, very, very, very, very relaxed. Very, very slow. As I was talking to Duff, I noticed the oddest thing. The shape of Duff’s mouth was changing. He was talking, but I couldn’t really understand what he was saying. He was mumbling. I looked down at my jacket. For some reason it was wet. I look back up at Duff. He was drooling. And then I realize the same thing was happening to my face. I had lost control over the muscles in my mouth. My lips were slack-jawed. I was drooling all over myself.

This is fucked up.

As I look up, I see the laughing little heavy metal gnome known as Lars Ulrich dancing merrily around our table. He’s like a little Leprechaun, doing a pixie dance.

What the fuck was he talking about?

By this point, me and Duff were falling asleep on each other’s shoulders. Drooling on each other. Unable to speak. Drifting in and out of consciousness. Party like rock stars at the Starwood in 1977, we think.

Then we realize what Lars was up to. This little demon was talking to the fans. He had them lined up in front of our table.

Lars is charging fans five dollars each to come sit next to me and Duff. To get their pictures taken with us. We are too ‘Luded out to protest. Attempting to stop this madness, we tell LLLLAAAArrsssss to stop iitttttttt, through drool, in excruciatingly slow motion.

Welcome to the Rainbow! I never did Quaaludes again.