UPDATE: Don McLean has pleaded guilty to domestic violence and will avoid jail time as part of the plea, according to the Associated Press. The singer will be forced to pay a $3,000 fine as part of the agreement should he stay out of legal trouble for a year.

“American Pie” singer Don McLean was arrested and charged with misdemeanor domestic violence stemming from an incident that occurred early Monday morning at his home in Camden, Maine. Police responded to a 911 call at the 70-year-old singer’s home shortly before 2 a.m., after which McLean was taken into custody without incident. He was booked at nearby Knox County Jail and released after posting $10,000 bail, the Portland Press Herald reports. 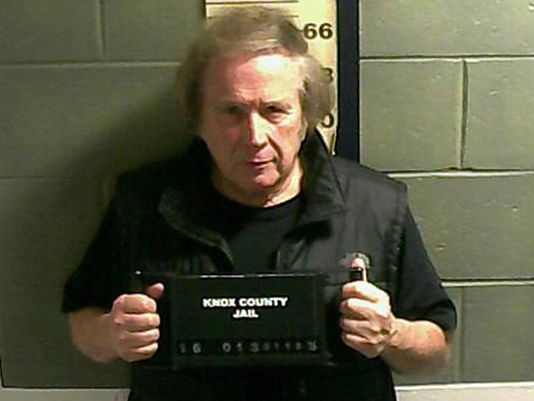 No other details from the incident were revealed, although police told WCSH 6 that McLean was charged with the lowest level assault crime. McLean is next scheduled to appear at Know County District Court on February 22nd.

A rep for McLean was not immediately available for comment.

In 2015, McLean sold his original manuscript for his classic “American Pie” at auction for $1.2 million. “I’m going to be 70 this year,” McLean told Rolling Stone prior to the Christie’s auction. “I have two children and a wife, and none of them seem to have the mercantile instinct. I want to get the best deal that I can for them. It’s time.”

The 16-page “American Pie” manuscript was one of many items McLean auctioned off from his career. “I only have an attachment to my wife, children and my guitar,” he said. “In fact, I’m going to rid myself of a lot of stuff. In a year or two, I’m going to have a big Christie’s auction with guitars, clothes, boots, saddles, silver and watches. I collect a lot of stuff. It’s time to let other people have it.”