When Chance the Rapper made Grammy history last year by becoming the first artist to snag one of the coveted awards without selling physical copies of his music, the win resonated well beyond the Chicago rapper’s own résumé. “This is for every indie artist!” Chance — whose album Coloring Book beat out several massive, label-backed releases including Kanye West’s The Life of Pablo and Drake’s Views — shouted onstage.

In the wake of such a high-profile, seemingly DIY success, more new artists these days are considering going the indie route: signing with a non-traditional record label, testing novel release strategies and otherwise trying to forge a path alone. Music industry veteran Lee Parsons, CEO and co-founder of Ditto Music — an independent distribution company with over a dozen offices worldwide that has worked with artists including Chance, Ed Sheeran, Stormzy, and Sam Smith to release music to numerous digital stores like Spotify and iTunes — spoke with Rolling Stone about why the indie market is heating up, and what challenges lie ahead.

The idea of the traditional record deal seems to be breaking down these days; Spotify is offering direct uploading and even hotels are putting out albums for artists. Why’s that happening?
The problem is, whenever you see an article where there is an artist complaining about streaming royalties, it’s always because they are signed to a label. Most artists actually make a lot of money from streaming — but with a label, you’re only getting very little back of what you actually earn. Some of the artists using Ditto are repped by themselves and getting a million pounds a year, and they’re building up sales and not signed to a deal. But then you see artists who are locked into a five-album deal, and this would be a deal made five years ago or more when the music industry was still at a low point. Those are usually the ones that are angry.

A label will give back something like 20 percent of their royalties — so someone like Lil Uzi Vert, who I think made $8 million from one song, will only receive $2 million back after they take out his advance and all the money they spent. What we’ve seen in the last few years is that artists who are signed to record labels are realizing they don’t see much money. There are not many artists signed 10 years ago who have much money now, because the deals were so bad. Artists are looking at independent companies and methods for ways to keep a lot more revenue.

What’s Ditto’s place in that?
Our angle as an independent company is that we should do the same as a label, only artists are going to keep a lot more revenue. So we give them back anywhere from 80 to 90 percent of their royalties. We’re focused on sending digital up to rival the labels properly, and what we’ve found is that actually it hasn’t been that hard, with the support we’ve been getting from stores like Apple Music, Spotify, Deezer, around the world.

Has Chance raised the profile of independent music companies? Are artists more interested?
We didn’t massively publicize the Chance thing because it was the work of Chance and his team and I didn’t want to take credit. But Chance helped increase interest, because pretty much every artist in the world looked up to Chance as the number one independent rapper — who is actually 100 percent independent, because most say they’re independent but still have a huge team behind them. It’s made artists consider indie more. When we approach people and say, we can give you this deal and you can keep your rights, it’s a much better offer to them.

So we’re seeing more artists who want to go — or stay — independent. But has that created problems in itself? What’s the biggest challenge for the indie music market right now?
Our biggest challenge is that there’s a huge battle right now for content and labels all want market share. They’re just interested in going and getting artists, and they will lose money to get those artists on the label. Our main problem is that [indies] build up artists and then the labels will just give them unlimited money and lose money to get them on their book. But every time they’ve done it, the artist is unsatisfied with how the label operates. 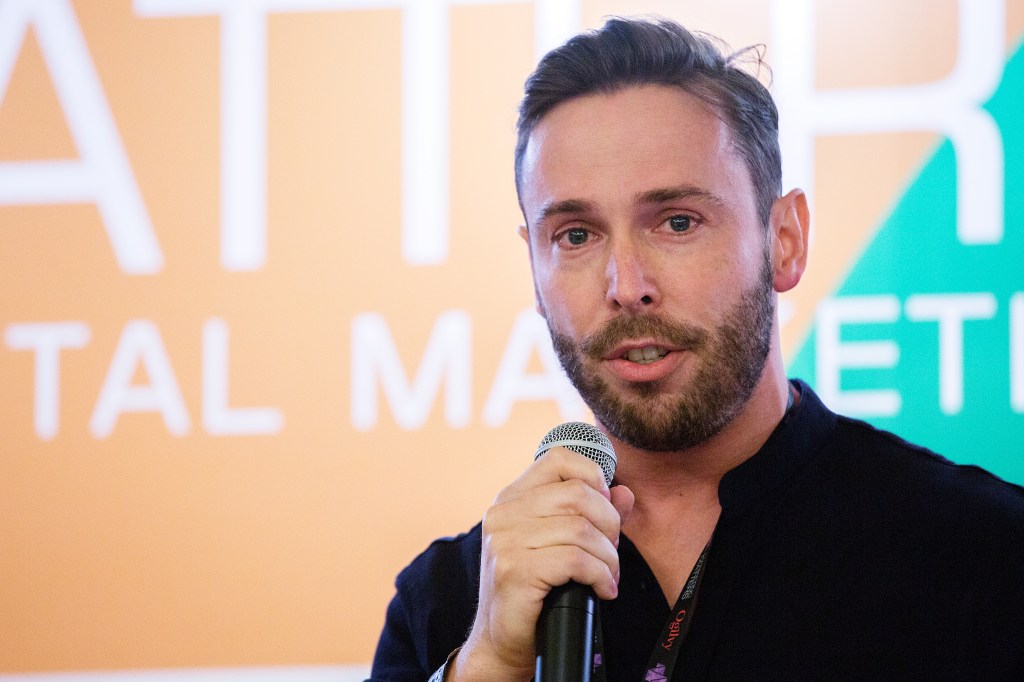 Independent companies are competing with companies that will give an artist £10 million and lose £5 million just to have them say they’re on Universal or whoever’s name. Now, 10 years after I set my business up and got tarred by the whole industry — making jokes of how it wouldn’t work — [the majors are] serving the exact same thing now, because they want to get artists early on and they know [indie distributors] are the first port of call for people not signed to deals. Someone like Ed Sheeran will upload to me before a record label knows who that is. So my main competition now is from the major labels copying my business, which is ridiculous, because we only started it to be different from the labels.

How knowledgeable are artists about all of this? Today’s musicians may be a lot more finance-savvy because of the royalties data made available to them on streaming services.
They’re definitely more aware. When I was a musician in 2005, the only way I could get music out was signing a record deal with a label. We were so desperate to release something that we’d sign anything. But streaming services get a hard time from artists because many artists still don’t quite understand that it’s not really the streaming services — it’s the labels and the deals they have.

What’s the general attitude toward traditional record deals nowadays?
In the Nineties when an artist got signed, it was seen as a massive success. The problem is that there are 50 percent of them who you’ll never hear from again, and people kind of know that now — people know now not to trust the music industry anymore.

With attitude, it depends on territory. Grime rappers are pretty independent, building up their own thing, and if they sign, by that time they’re able to get what they want. The days of desperation for a record deal are kind of gone. Meanwhile in the Philippines, some artists are kind of embarrassed to be on a record label, so when [labels] put a song out they have to put it out under a fake label name because they don’t want people to know it’s a major label. [Here] in England, I know that we [Ditto] put out music for artists who are signed because they still want it to look independent — just because it’s fashionable now. The tide turned.

“We put out music for artists that are signed because they still want it to look independent, just because it’s fashionable now” — Lee Parsons, CEO of Ditto Music

What do you mean by ‘fashionable’?
The grime scene is all about being in charge and being your own boss. And there are people like Chance in hip-hop. So for some artists, it’s actually detrimental for them to sign a label deal. And when they do — it’s done in a way so the artist can still say they’re independent. Warner Music for example has ADA [Alternative Distribution Alliance, Warner’s indie services division], which is supposed to be an independent label but is pretty much just Warner. They sign an artist, put them into ADA so they can say they’re independent, and it’s pretty much the same team. It’s not like the labels are being altruistic to the artist; they have to do this to survive.

Going back to the lack of trust in the traditional music industry: It seems the business still hasn’t really come up with any solutions for total accountability.
I’ve heard that at [some major labels] 20 years ago, they’d literally scribble out columns of numbers for artist royalties because artists would never know, and labels could get all the money, completely manipulate however they want and pay out whatever they want. Ownership and transparency — those are huge issues in the music industry. Something like blockchain, which I’ve been exploring, gives artists a chance to know everything and be paid. But blockchain is at the same place the Internet was at in 1994. People don’t have a full grasp of it yet.

Can you explain the appeal of blockchain to music? However hypothetical it is at this point.
Blockchain is like a supply chain, an open ledger of information [that] you can’t tamper with. Communication can go straight peer-to-peer and you can see every transaction made. So how do you relate that to the music industry? In Brazil for example, about 80 percent of money from the radio doesn’t go back to the actual artist but to a pot split by the labels. There’s no transparency at all. Or, if I make a song now and someone plays it in India, I’ve got no proof that song was played and I might never collect that money for it. Blockchain can create a supply chain for a song. If you make a song, you can add as many people as you want to that song’s contract and make sure they’re paid any time that song is played anywhere. It’s an open, transparent player that anyone can look at. Of course if you’re a record label, it’s pretty much the last thing you’re going to want.

What else is going under-reported in the music industry? What do you wish people were paying more attention to?
I think we’re in a bit of danger. Spotify has complete authority now on playlisting. They’ve been totally supportive of the independent market and give us the same support as to major labels. But the main problem we’re going to have in a few years, I think, is that Spotify is paying out so much money in royalties — the major labels have gotten billions — and Spotify is losing money, so at some point the payments are probably going to go lower. It’s not going to keep skyrocketing up and up. At some point we’ll have to balance out the payments so Spotify can keep going. Eventually we’ll have to level out the payments to make them work for everyone: digital service providers as well as the artist.