“I wouldn’t be playing music if it wasn’t for this tape,” Deerhunter frontman Bradford Cox said from Atlanta’s Variety Playhouse stage last night. The cassette in question was the Breeders’ 1993 classic Last Splash, purchased by Cox’s mom many years ago as a birthday present for her then-pre-teen son. That she was in the audience, Cox was celebrating his 31st birthday, and Deerhunter was opening a sold-out show for their Dayton, Ohio alt-rock heroes seemed almost too good to be true. And yet, here they all were – Cox getting a small chorus of “Happy Birthday” from the crowd before his band played a note, and using time between songs to wax rhapsodic about his “favorite album of all time.”

The opening gig was Deerhunter’s only scheduled hometown show for the foreseeable future, and the band’s first live appearance since releasing its rowdy, ramshackle fifth studio album, Monomania, last week. Perhaps unsurprisingly, the ATL fivesome devoted just more than half its set to new material, though it mostly eschewed the oft-raw garage presentation of the record. 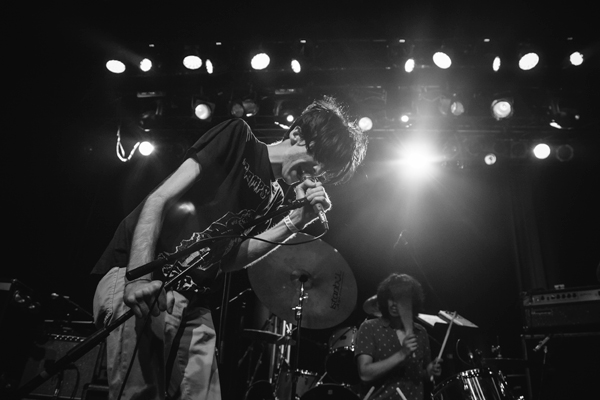 Instead, the new songs came off subtler, gentler, more polished – even when Cox admitted to flubbing part of one, or guitarist Lockett Pundt gave an “Oops!” look toward his bandleader and longtime friend as he fat-fingered part of a solo. Indeed, contrary to the raucous noise and unkempt sounds found on much of Monomania, Deerhunter seemed positively chill on this evening, opting for melodic, downbeat songs like “The Missing” and “T.H.M.” Much of the band’s back catalog was also left unplayed – they performed a couple of tracks from both 2008’s Microcastle and 2010’s Halcyon Digest, but no selections from 2007’s Cryptograms, 2008’s Weird Era Cont. or either of the band’s two EPs, Fluorescent Grey and Rainwater Cassette Exchange.

The lone exception to these laidback vibes was Monomania‘s title cut, which, while not quite matching the theatricality of the band’s recent Jimmy Fallon performance, came close. Cox stalked the stage in a Cramps t-shirt with charcoal black hair covering his eyes, roaring ungodly terror into the microphone and looping his voice to add to the chaos. Even the light show felt dangerous. 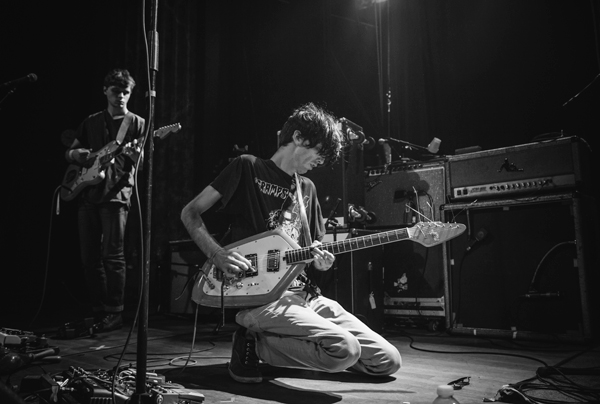 It would’ve been a pretty great finale, but the band opted instead to close with Monomania‘s pensive final cut, “Punk (La Vie Antérieure)” instead, extending it well past the 10-minute mark with gentle, strumming, ambient drone, until many folks up front went to get a pre-Breeders beer. As the song faded away, each member slowly exiting the stage, Cox dedicated the song to Breeders drummer Jim MacPherson and the song “Mad Lucas.” While it wasn’t a stunning ending, exactly, it did feel apt somehow. And anyway, you get to do what you want on your birthday.